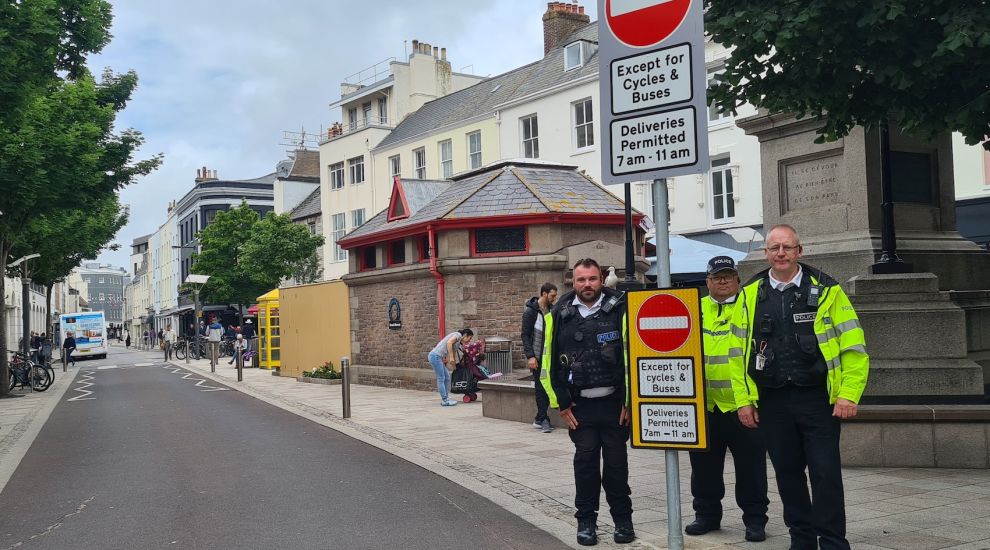 Drivers are being warned not to drive down Broad Street even though barriers have now been removed after Honorary Police Officers stopped 30 vehicles in a single afternoon.

Broad Street has been closed to motor traffic, except buses, since 23 May 2020.

Delivery vehicles are still able to use the street between 07:00 and 11:00 each day.

Announcing the decision last year, Infrastructure Minister Deputy Kevin Lewis said it would give pedestrians in town more space to physically distance from others and allow alfresco dining options to flourish.

In May 2021, States Members voted to keep the road closed until the end of the year as part of a trial suggested by the Constable of St. Helier, Simon Crowcroft.

Up until two weeks ago, barriers blocked the road at the junction with Conway Street. But they were then removed to allow buses to pass through the area, as per Deputy Lewis’ wishes for a 'sustainable transport corridor'.

We would like to remind motorists that whilst barriers have been removed on Broad St to allow for buses to access the road, the road remains closed and is a No Entry ⛔️ from Conway Street (unless delivering between 0700-1100) - offenders will be reported to Parish Hall. pic.twitter.com/ndL5qQ5NY1

No sooner had the barriers been removed than drivers started using Broad Street as though it had reopened - despite a sign stating it was closed “except for commercial vehicles between 07:00 and 11:00."

Alerted by members of the public of the “offenders”, Honorary Police Officers have since been visiting the area up to four times a day and reminding drivers of the closure. Up to 30 drivers were stopped in one single afternoon.

“When we took the barriers down, the human thing for people to do was to think ‘there’s no barrier, I can go down’,” Centenier Paul Davies said.

“There has now been a ministerial decision to keep the road closed, as part of that, we are going to start enforcing it.

“Drivers are currently being advised that the road is still closed, in the future, we will be enforcing it and people will be referred to a Parish Hall enquiry. It will be sooner rather than later.” 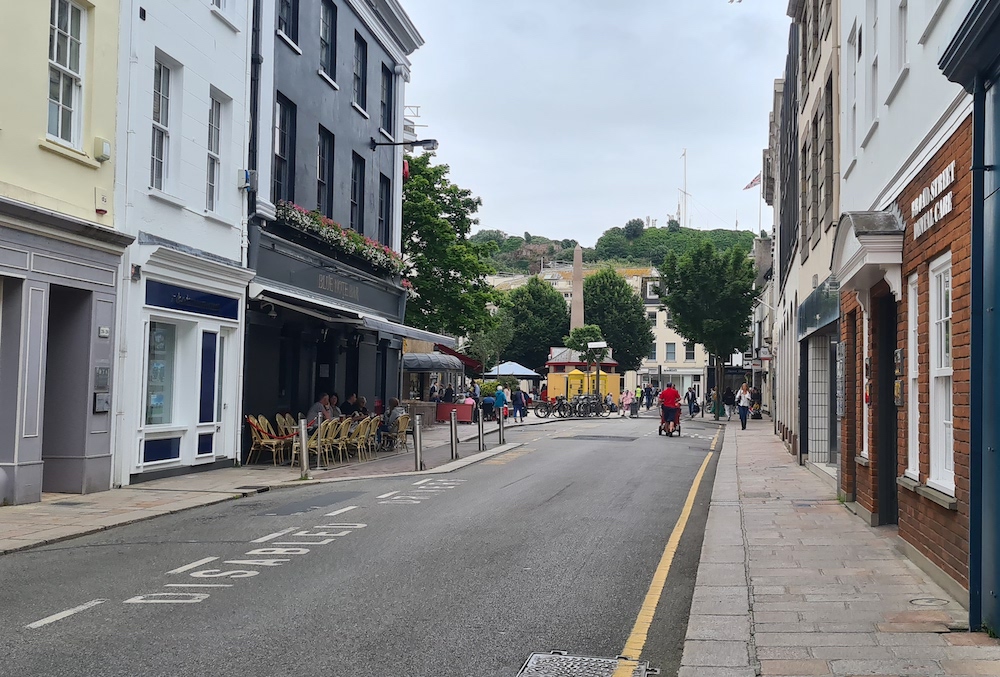 Pictured: Broad Street has been closed to motor traffic since May 2020.

Drivers could face a fine between £50 and £200 and Vingtenier Ben Wheaton also reminded that driving down Broad Street involved three offences: one for Broad Street itself, as well as one for Charing Cross and one for York Street.

“Our main concern is public safety and that’s why we are here, to police proactively so that pedestrians feel safe using the road and pavements,” he said.

The Parish installed additional sites earlier this week and it is hoped they will help dissuade drivers from driving down.

“I am aware people are still using Broad Street,” Connor Burgher, the Town Manager, said. “I understand why perhaps people may have struggled when they are was one sign but there are three signs now.”

Posted by Martin on Jul 8th, 2021
States Members HAVE voted to keep Broad Street closed so that when they meander in & out of their £1M per year rented & leaky & temporary building there is almost no chance of getting run over!
Honorary Police state that of the 30 drivers stopped travelling down Broad Street, 27 admitted they had done so - risking prosecution, so they could "possibly" get a glimpse of a Politician?
Posted by gordon le claire on Jul 8th, 2021
if the constable gets his way no cars allowed in the town. will he compensate the shops who lose money as the public will go elsewhere
To place a comment please login Login »