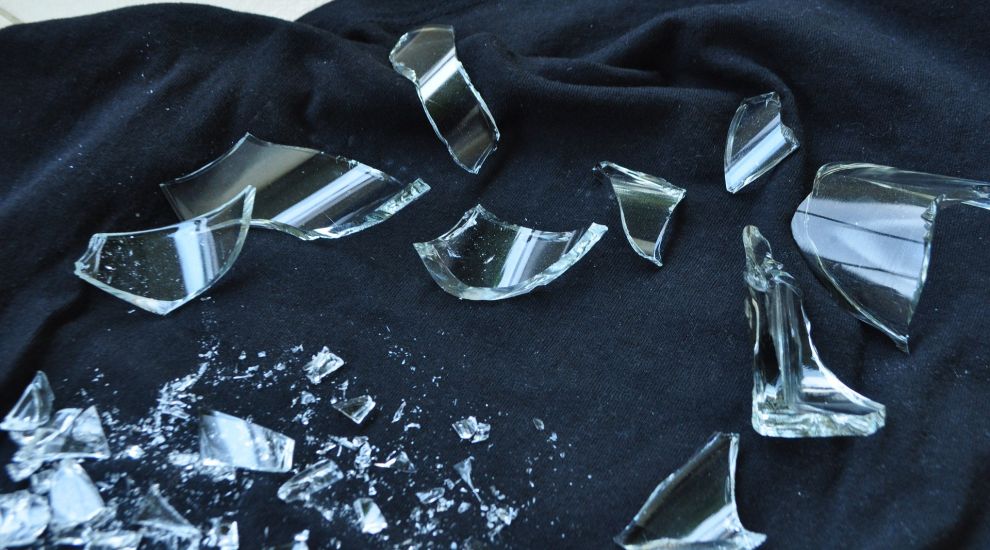 A 41-year-old man who hit a friend of 10 years in the face with a glass bottle during an Easter egg party that turned into a "scene from a horror movie" after his “violent drink-fuelled assault” has been sentenced to 180 hours of community service in the Royal Court.

John Lannigan, who was also put on probation for 18 months, was however commended by the court for exemplary behaviour after the incident.

The Glascow native handed himself in at the police station to report the assault so that the victim wouldn't have to.

Crown Advocate Matthew Maletroit told Court that on Easter Sunday, Lannigan and his wife invited 11 friends and their children to their home. An egg hunt took place in the afternoon and a small group of adults stayed at the home in the evening. Lannigan started drinking around 16:00. He told a friend he was "paranoid" that people were talking about him, but was assured no one was.

The victim - a friend of Lannigan's for 10 years - arrived at the house around 21:00. He said Lannigan was stumbling about and that he knew him well enough to recognise he was drunk.

At around 23:00, one of the guests asked if there were any Easter eggs left. Lannigan grabbed a plastic bag from behind him and threw it towards the guest. The Court heard that Lannigan's wife came into the kitchen at this point and urged him to "stop misbehaving or guests might start leaving." She then left the room and Lannigan stood silent for a few moments. He then lifted his hands towards his head and started making "enraged screaming noises." 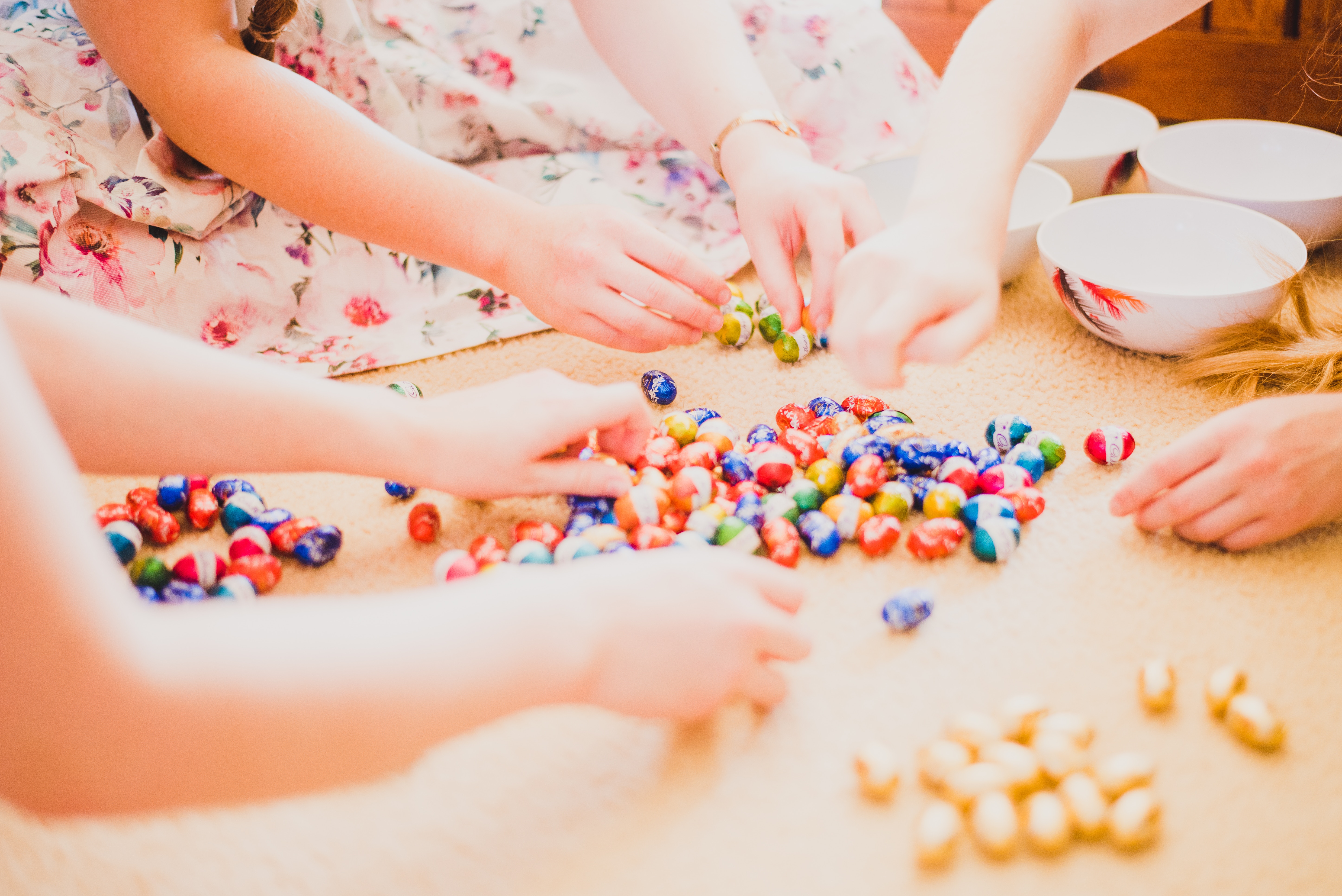 Pictured: The incident took place on Easter Sunday at Lannigan's house, where he and his wife had invited friends and their children for a egg hunt.

He picked up a vodka bottle and began waving it above his head. He then smashed it into a kitchen cupboard and a work top. He swept bottles that were sitting on a breakfast bar onto the floor, causing them to smash. The victim described Lannigan as being "a man possessed." As one of the guests approached Lannigan to calm him down, he picked up a glass bottle and lurched towards the victim, swinging the bottle with "a lot of force" towards him.

The bottle smashed against the victim's left cheek, causing two deep cuts. The man says he saw a white light when the bottle hit him. The next thing he remembers was looking to the floor and seeing blood pouring from his face.

One of the guests say that a melee ensued to try and keep Lannigan on the floor after the incident. This included Lannigan's wife who had tried to grab him and tumbled to the floor with him, while another guest tried to deflect her to prevent her from falling onto one of the broken bottles on the floor. 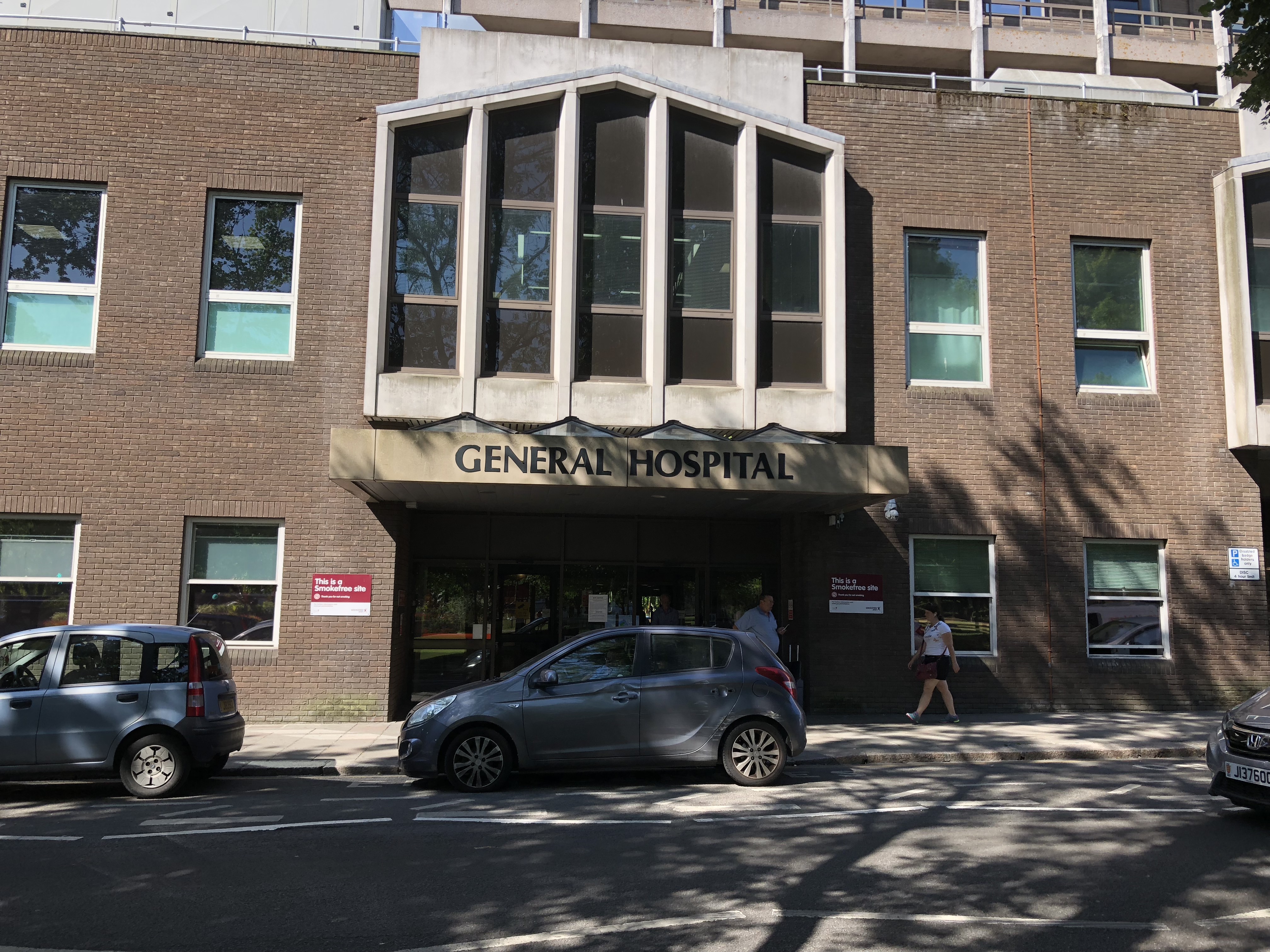 Pictured: The victim received 32 stitches in the Emergency Department.

The victim then left the house to go to the Emergency Department where he was admitted for facial surgery. He received 32 stitches to close the wound. X-rays confirmed no fractures or nerve damage had occurred.

Early the morning after, Lannigan apologised to the victim in a text message. He later spoke to the victim's wife and told her he was going to hand himself to the Police.  He did so just before 19:00.

Crown Advocate Maletroit read the victim's impact statement in which the man said the whole ordeal had really freaked him out. "It was like a normal social situation that turned instantly into a scene from a horror movie," he added. "... I don't know why he went for me in particular. I don't think it made a difference to (Lannigan) who he attacked, he just had a rage that he wanted to get out in the menacing way he did."

A number of guests described the incident as shocking and unexpected, with no obvious explanation for, or build up to, Lannigan's behaviour.

Lannigan told police officers he had drunk two bottles of wine and a couple of beers in the hours leading up to the incident. He admitted being "very drunk", having had far more than what he would usually drink. His memory of the evening was blurry, but he recalled being in the kitchen, smashing a wine glass and hitting the victim with it.

Lannigan said he regretted what he had done, that he had made a mistake and felt terrible. He said he reported the incident himself so that the victim wouldn't have to. 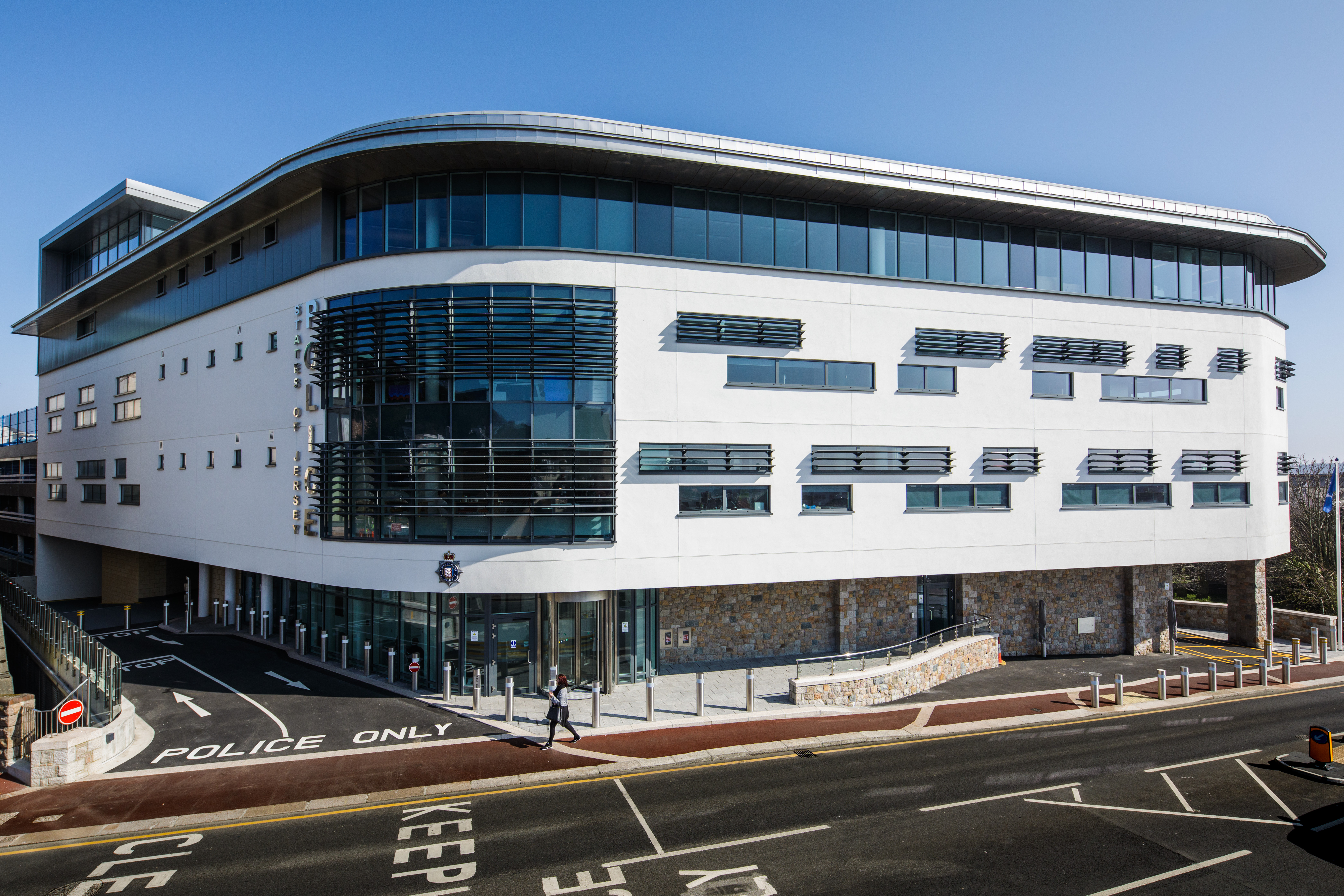 Pictured: Lannigan reported the incident himself to the police so that the victim wouldn't have to.

Crown Advocate Maletroit concluded the assault had not been planned or premeditated. He described Lannigan has having suddenly lost his temper. He however noted that the assault had involved a "high degree of force" which was proven by the fact the bottle smashed upon impact as well as by the wounds sustained by the victim.

He described the assault as "serious drunken violence", which had left the victim "damaged facially and mentally." As a result, he recommended a 15-month prison sentence as the only appropriate penalty.

Defending, Advocate Lorraine McLCure told Court that Lannigan found himself in an "cncontrolled state of high emotion and unable to express why he was so angry." She said he didn't intend to aim or throw the bottle at the victim, but that the bottle was instead aimed at the wall. She said that Lannigan didn't realise how close the victim was when he picked up the bottle.

She explained that Lannigan had expressed disbelief at the idea he would deliberately set out to hurt the victim. "He is such a nice guy, I can't understand why I would do that?" she reported Lannigan saying.

She said that the incident was out of character for the people who know Lannigan. She explained he suffers from social anxiety and body dysmorphia, which cause him to become paranoid in social situations.

"This was not a senseless attack," she told Court, describing Lannigan as a "dedicated, hardworking family man." "He has expressed deep shame and remorse of what he has done and the hurt and pain he caused the victim and his family," she added. 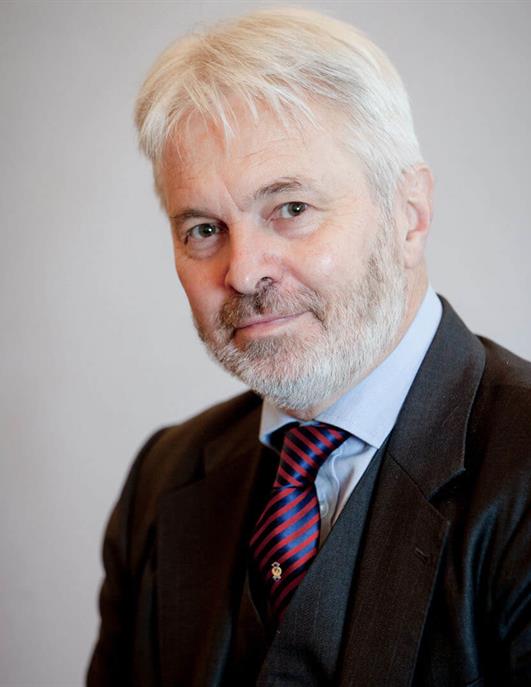 Pictured: The Deputy Bailiff Tim Le Cocq said that Lannigan's behaviour after the incident had been exemplary.

Handing down his sentence, the Deputy Bailiff Tim Le Cocq, who was sitting with Jurats Antony Olsen and Pamela Pitman, told Lannigan: "This was a violent drink-fuelled assault with a bottle." He added that an attack with a bottle or glass is "immediately out of the control of the attacker in terms of injuries and consequences."

He continued saying the incident was "incomprehensible" and arose out of a combination of Lannigan's social anxiety and the fact he had drunk a large amount of alcohol over a short period, which exacerbated his paranoid tendencies.

He said the custodial threshold was passed without a doubt but noted that Lannigan's behaviour after the incident had been exemplary. "You expressed in every you way could your remorse," he said, adding that the Court trusted it was entirely genuine.

He told Lannigan that the Court had read with care the letters written on his behalf which spoke "extremely well of you as a family man and hard worker." "It is fair to say," he continued, " that your behaviour will be characterised as entirely out of character."

"In light of exceptional circumstances," the Deputy Bailiff said that the Court had decided to impose an 18-month probation order and sentence Lannigan to 180 hours of community service, equivalent to a 12-month prison sentence. This sentence, the Deputy Bailiff said, took into account the fact that Lannigan had spent over a month and half in custody.

"You must take every opportunity this chance offers you to address the reasons behind this incident," he told Lannigan.

Prison for porter whose "abhorrent" attacks left woman with PTSD

"I would have pulled the transaction"