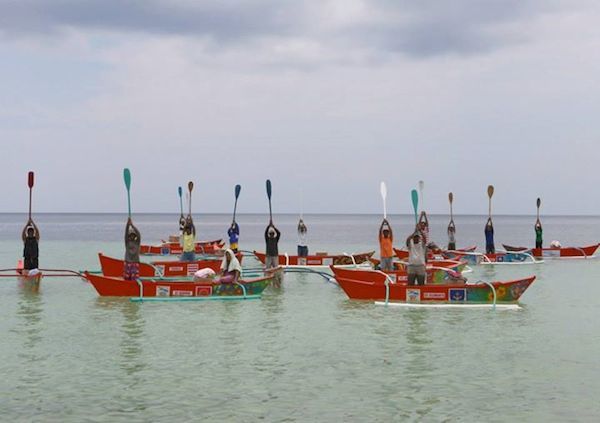 Fishermen out in the Philippines are back on the water thanks to some very special Easter gifts from Islanders.

The 12 new boats, all named after a different Jersey parish and featuring the parish crests, are sponsored by Jersey Side by Side, and have been given to local fishermen in Northern Cebu who lost their livelihoods in the strongest tropical cyclone ever recorded.

Typhoon Haiyan devastated parts of Southeast Asia back in early November 2013 killing at least 6,300 people in the Philippines.

Since then local Cebuano furniture designer Clayton Tugonon & his wife Joji have, through sponsorship like Side by Side’s, been able to provide nearly 450 boats for communities in Northern Cebu and the outlying Islands.

He said: “No one is too poor to help and we give not because we have much, but because we know what it is to have nothing.”

Clayton said it brought tears to his eyes to see the fishermen being given their new boats on Easter Sunday along with nets and a small motor. 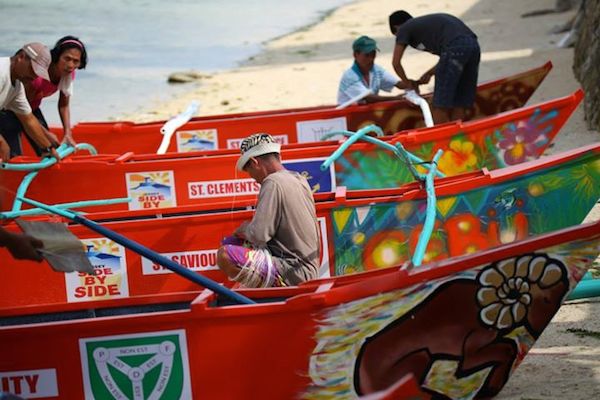 Jersey Side by Side Chairman Peter Allman said that thanks to Islanders’ donations fishermen will not only be able to provide food for their families and villages but also income to help re-build their communities.

Former Jersey police officer Bruce Liron who is now based in the Philippines has been involved in the project from the start.

He said: "San Remegio, Northern Cebu was a blaze of colour on Easter Sunday as the 12 colourful Side by Side sponsored Bancarts took to the water, each named after the Island Parishes. There were many smiles and thumbs up as local Fisherman received their boats.

The recovery for many families is still ongoing as a result of the devastation caused by Typhoon Haiyan in 2013. On a good day a fisherman can earn 450 pesos – that’s just over £6.50 but enough to feed the family and importantly it’s sustainable.”