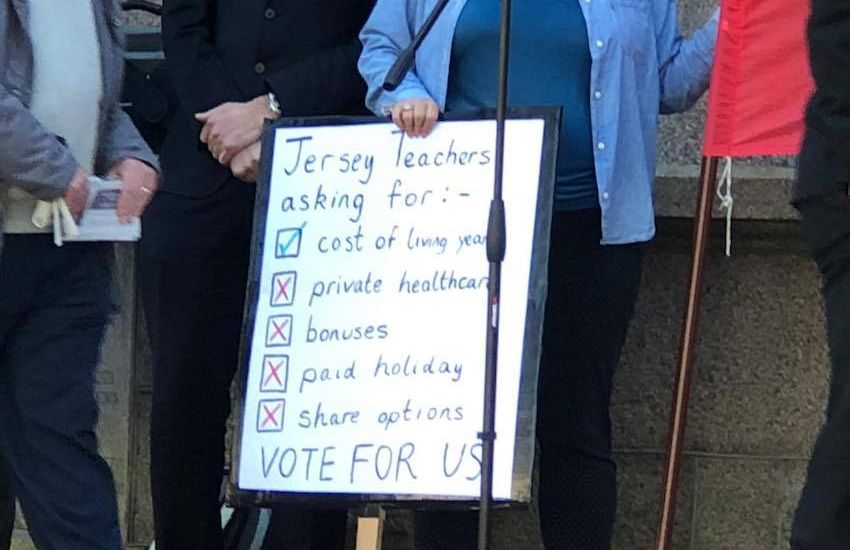 Teachers are urging the Chief Minister to sit down at the negotiating table with them to finally put an end to the long-running battle over pay - but those calls have gone unanswered.

The request from the National Education Union (NEU) comes as its members threaten to strike on Wednesday and Thursday this week - two more days out of a total of eight this month, which have caused widespread disruption including school closures.

Alongside the NASUWT, whose members are taking industrial action short of walking out, such as refusing to cover lessons, the union wants to see teachers given a pay rise in line with increases in the cost of living, at a time when teachers' workloads are becoming increasingly burdensome.

However, government officials - including the Chief Executive Charlie Parker and Chief Minister Senator John Le Fondré - have remained firm that "there is no more money" to fund this.

The States Employment Board (SEB) - a panel chaired by the Chief Minister which is responsible for setting public sector workers' pay and terms and conditions - say they will only be willing to look at pay increases if new education reforms can be agreed, such as lengthening the school day and making teachers attend more inset days, as revealed by Express earlier this month.

The NEU, meanwhile, say they will only consider the suggestions once the pay dispute is sorted.

The approach led to criticism from the Chief Minister earlier this month, who commented that the NEU's strikes were "deliberately harming our children's education and causing cost and inconvenience to parents and employers."

"SEB feel that the proposals we have set out to resolve the pay disputes are fair and reasonable and have a good chance of leading to a comprehensive package which all parties, including teachers, will find acceptable," he added.

In the same statement, he praised NASUWT for agreeing to consider the education reforms. However, his words led both unions to hit back at the tone of the Chief Minister and government's communications, arguing that they were "misleading", divisive, and likely to stifle the resolution process.

So far, negotiations have largely taken place with government officials.

Now the NEU are calling for the Chief Minister to pull up a seat at the table as they resume today. However, in a statement sent last night, the union said that they are "yet to receive any response from Senator Le Fondré, about his willingness to engage directly in talks with representatives of the NEU."

"The increase costs of living and the failure of the government to maintain teacher pay levels, has seen a real terms fall in teacher pay over the last decade. Teachers pay out more of their disposable income in rent in Jersey than in 38 of the 39 countries, in a recent survey of living standards by the OECD. Only teachers in New Zealand have more of their income taken up by rent payments."

"The States Education Board says there is no money to pay teachers. This is simply not true given a government which has around £850 million in its reserves. Teachers want a fair increase in pay. It is clearly within the capacity of this government to meet that expectation and bring an end to the teachers' pay dispute."

A spokesperson for the SEB has since commented: "Government officials are meeting the NASUWT and NEU teaching unions this week, under the auspices of the Jersey Arbitration and Conciliation Service, and hope for constructive and purposeful discussions on matters of concern to both parties. We will meet for as long and as often as necessary to work towards an outcome that resolves the pay dispute, ensures effective use of resources, secures improved working conditions for teachers, and further enhances the quality of education received by children and young people in Jersey’s education system.

“As is normal practice, Ministers will not attend talks, because officials who are specialists in employee relations and negotiation will negotiate for the Government, under the direction of the States Employment Board, in the same way that trained union officials will negotiate on behalf of teachers.”

This week's strikes will see 350 union members employed in government-funded schools walk out, which is expected to lead to closures. The union have pledged, however, to teach year 11 and 13 classes, as both year groups are entering exam season.

The NEU will be holding a 'Question Time' session on Wednesday at 19:00 at the Freedom Centre. The Chief Minister and Education Minister, Senator Tracey Vallois, have both been invited to attend.

IN PICTURES: The most recent NEU rally... 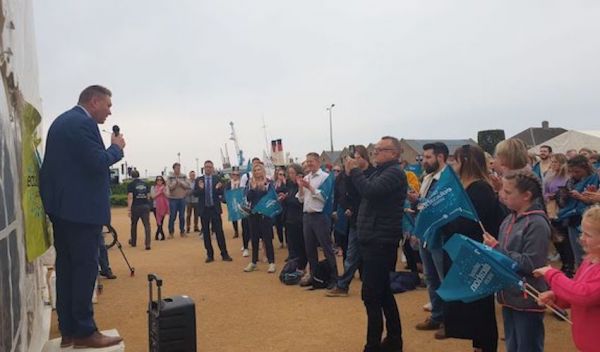 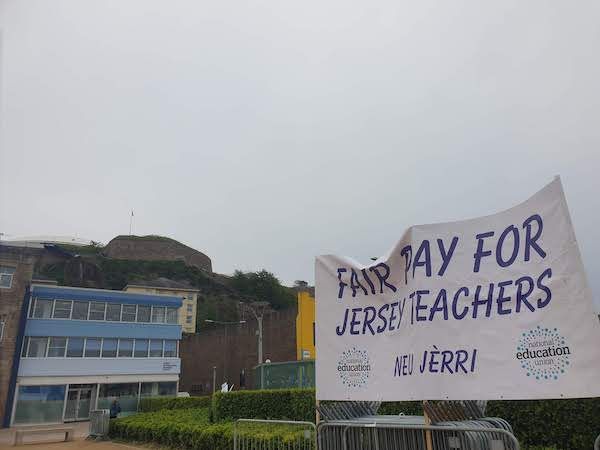 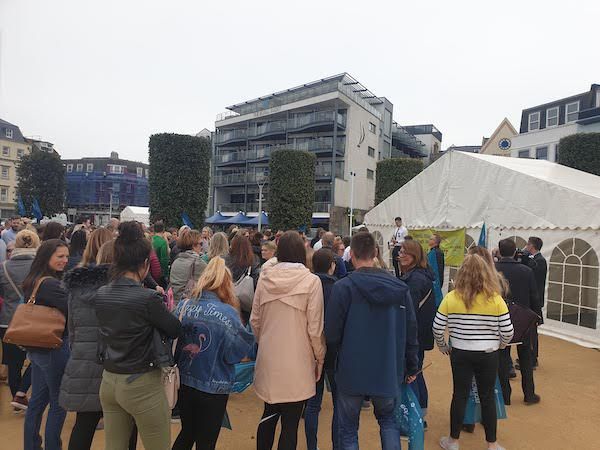 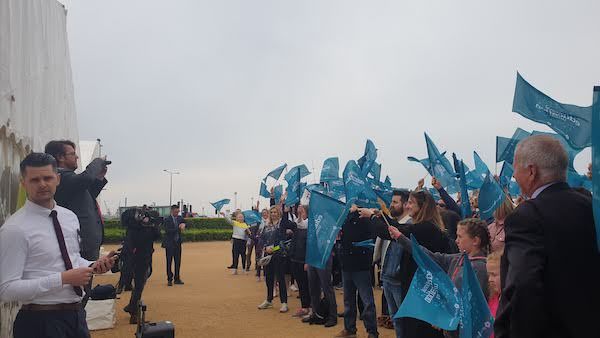 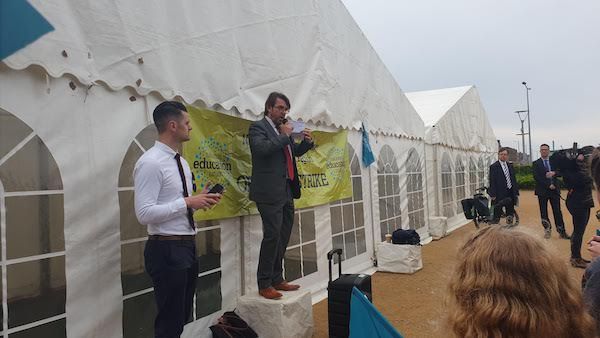 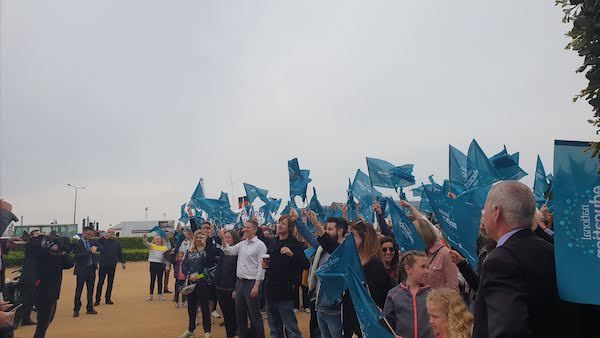