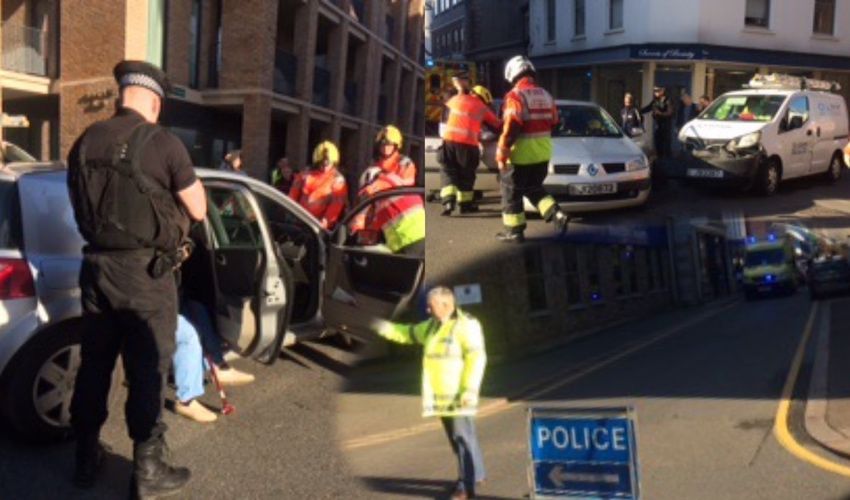 A van driver is to face a Parish Hall enquiry after colliding with a car in town, leading an elderly man to need hospital treatment.

Emergency services were called to the crash involving two pensioner-age drivers near Minden Place around 12:14.

According to a Police spokesperson, a silver Renault Megane driven by a 70-year-old woman came into contact with a white Nissan NV200 driven by a 67-year-old on the junction of Burrard Street and Cattle Street.

Pictured: The incident took place at the junction of Burrard Street and Cattle Street.

The road was closed as members of the Fire and Rescue Service tried to get the occupants out of their vehicles, with commuters diverted up Halkett Place past the library.

An ambulance was also sent to the site of the crash.

A male passenger in the Renault Megane was taken to the hospital to be treated for injuries, which were described as “not life-threatening or changing”.

The driver of the Nissan also suffered “minor” injuries.

A Police spokesperson said he will be dealt with via Parish Hall enquiry.