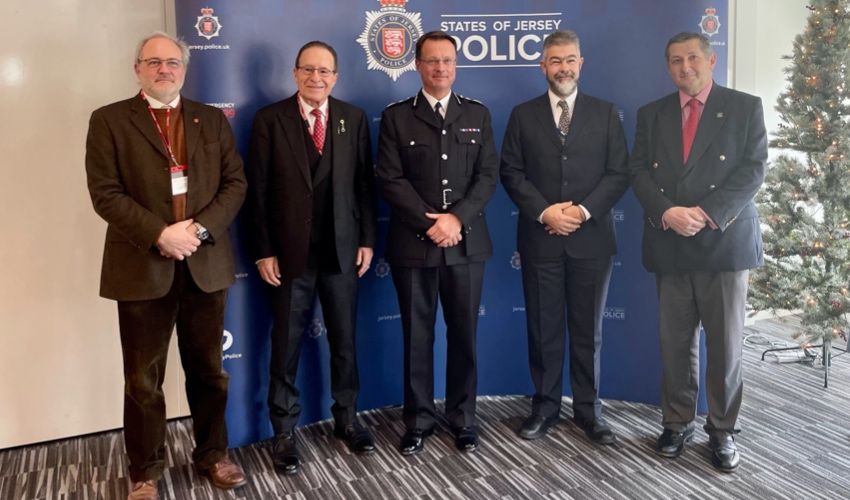 The entire States of Jersey Police has been awarded a Force Commendation for their work during the pandemic.

It is the first time that all staff have received this award.

Chief Officer Robin Smith said: “It’s been an extraordinary two years. I’m so proud of how my team have responded to the threat of the pandemic.

“These really were unprecedented times but typically they just got on with the important job of keeping the islander’s safe by adapting to new ways of working with the minimum of fuss for which they have earned my deep appreciation.” 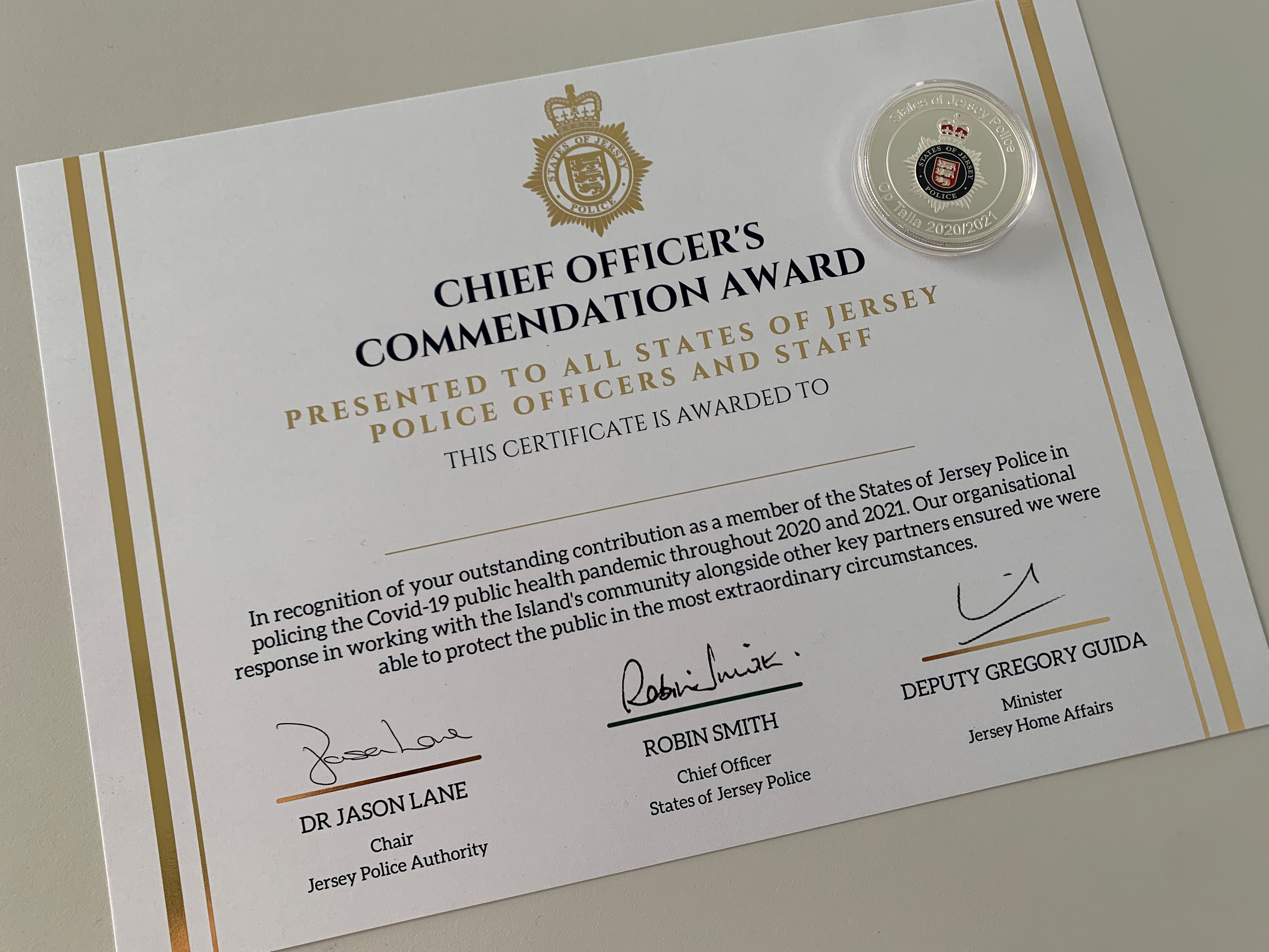 Pictured: The Chief Officer's Force Commendation Award, which all officers and staff will receive.

All members of staff are being given certificates. They and honorary officers will also receive a ‘challenge coin’ in recognition of their part in ‘Operation Talla’ – the name used by police forces across the British Isles for their Covid response.

The coins were sponsored by best-selling crime author and Jersey resident Peter James.

Mr Smith added: “Operational Talla also highlighted the strength of our close partnership with the Honorary Police who did an equally remarkable job. I am delighted to also recognise their efforts by giving them commemorative coins.

“In years to come officers and staff will no doubt reflect on the impact of the global pandemic in Jersey and say, ‘we were there.’”

Posted by John Smith on Dec 20th, 2021
Well done for simply doing the job you are paid to do.
To place a comment please login Login »