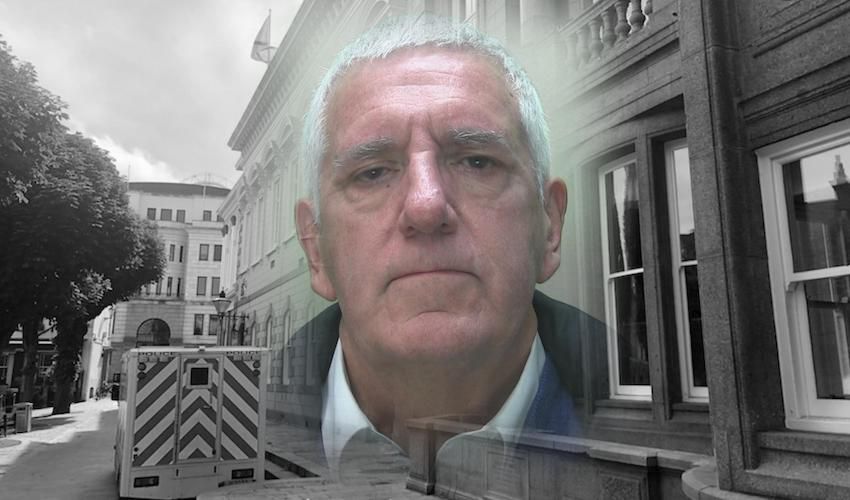 A 60-year-old accountant has been jailed after stealing £150,000 from two children’s charities to shore up his job at a financially troubled firm in a series of transactions slammed as “grotesquely abhorrent”.

In what was characterised as “deeply dishonest” offending, Glaswegian William McDermott moved money between the different organisations for two-and-a-half years without the knowledge of any of the account holders.

The former chartered accountant today appeared in the Royal Court where he was sentenced to three years behind bars for stealing from the charities to the tune of over £150,000 and then forging documents to cover up what he did.

Having admitted 43 counts relating to the theft, transfer and laundering of the funds and the forgery of documents to conceal his actions, McDermott did not visibly react when the Lieutenant Bailiff Anthony Olsen, presiding, admonished his behaviour.

Pictured: The offending was characterised as "grotesquely abhorrent and perverse."

“To steal from two charities to prop up a commercial enterprise is not only deeply dishonest, Mr McDermott. It is also grotesquely abhorrent and perverse… We think you should be ashamed of yourself.”

Appearing for the prosecution, Attorney General Robert Macrae explained that McDermott was “heavily involved in the establishment” of both charities, which provided after school and holiday care for primary school children, and acted as treasurer for each of them.

He said that all of the money McDermott took from the charities was used to shore up the financially troubled fulfilment company he worked for to “secure his employment and salary” with them.

Rouge Bouillon’s ‘Ace of Clubs’ (AOC) suffered a loss of just over £150,000 as a result of McDermott’s offending. The Court was told that he had been their honorary treasurer for 23 years between 1995 and 2018.

Pictured: One of the charities McDermott stole from was an after school and holiday club attached to Rouge Bouillon school.

McDermott also took money from the ‘Kids’ Club’ (KC), which is attached to St. Mary, Les Landes, St. Peter and St. John’s primary schools, but he reimbursed this club for everything he stole by transferring money from AOC’s accounts.

The money was transferred between the charities and Professional Fulfilment Services Jersey Ltd. (PFS) – the firm McDermott was employed at as Chief Financial Officer. It was heard that, without the knowledge of any of the account holders, McDermott began to “prop up” the business with funds from the two clubs between 2015 and 2018.

When an investigation was launched into PFS, as they had fallen behind on their rent for one of their warehouses, McDermott attempted to cover up his offending by forging three fake bank statements falsely claiming that the rent had already been paid.

Advocate Holly Brown, representing McDermott, offered her client’s “sincere apologies” to the Court and everyone affected by his offending which she described as “incredibly foolish” and a “misguided effort to keep PFS running.”

She remarked upon the “real absence of sophistication” within McDermott’s transfers and that anyone who looked at the accounts would be able to “see the movement of funds clearly.”

Pictured: McDermott's lawyer noted the "absence of sophistication" within her client's offending.

Advocate Brown emphasised her client’s early guilty pleas to the offences, his remorse for his actions, cooperation with the investigation and previous good character as reasons he should be afforded either a lower prison sentence or a community service order for his crimes.

The Lieutenant Bailiff, sitting with Jurats Ronge and Averty, said that a jail term could not be avoided due to the seriousness of his offending and the “breach of trust” it involved.

Addressing McDermott directly, Lieutenant Bailiff Olsen observed that the Court “may have had more sympathy” had he been stealing from a commercial enterprise to prop up the charities, but that was not the case.

Noting the “catastrophic loss” and the “potentially destructive consequences” of his actions, he added: “We think you should be ashamed of yourself.”

The Court then sent McDermott to begin his three-year term at HMP La Moye.