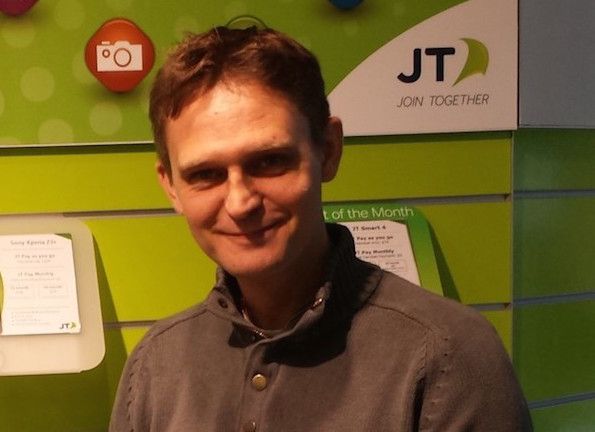 A local chippy who downed tools to learn how to code has won a national competition.

Joel Brennan has won the National Coding Week competition after logging on to a new career as a Junior Web Developer.

The judges were looking for someone whose life and career had changed after learning to code.

Joel said: “After spending 15 years as a Carpenter I wanted a change of career.  I wasn't sure how I could move forward.  I was able to display my passion and show the things I had been trying to learn about, and was fortunate enough to get a place on a short coding course.

"At 37 I am now working full time as a Junior Web Developer and delighted to be doing a job that I thoroughly enjoy.  The professional digital community have been very supportive and helpful.  I think if you are passionate about the subject and willing to learn new things it's never too late."

National Coding Week 2015 was organised to get more adults coding and to help fill a big skills shortage in the digital industry. It involved a number of events across the UK and Channel Islands, including training workshops and mentoring opportunities organised at Digital Jersey’s Hub in St Helier.

"We ran the competition this year to identify a person who represents exactly what National Coding Week is all about to use their story to further inspire others. I’m delighted to say that this prize will enable Joel to further expand his knowledge of the digital sector and we hope gives him additional encouragement.”

Joel's win was announced as part of a technology conference ‘Future of Web Apps’ in London which he attended as part of his prize, courtesy of event organisers Future Insights.

He also won a ZTE Blade S6 phone courtesy of National Coding Week sponsor JT who also hosted a free workshop for business customers so that they could get a taste of coding with both Richard Rolfe and Jordan Love - the co-founders of Codex.

JT's Head of Marketing and Brand Tamara O’Brien said: “It is a pleasure to support National Coding Week which spreads the message across the country about the advantages that can be gained by people of all ages through learning new digital skills.

"It’s fantastic to hear stories like Joel’s; and to see his endeavor recognised at this national level is really good news and means that the talent and skills on offer right here in the Channel Islands are gaining further recognition and that’s something we can all be proud of.”