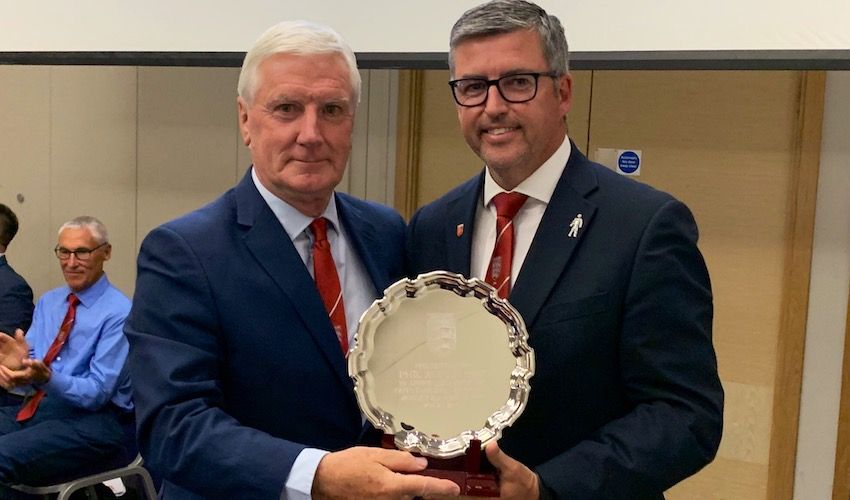 A former Muratti captain has scored the top job at Jersey's Football Association, replacing Phil Austin MBE who is stepping down after seven years in the role.

Bradley Vowden becomes the 17th President of the organisation, having previously served as Vice President.

Mr Vowden, a Partner at Gaudin and Co, was elected on Wednesday night at the JFA's AGM, during which the merger between the Jersey Football Combination - the body which has run the league and cup competitions in the island - and the Association was formalised, with new rules being approved by the local clubs.

Following the merger, Charlie Browne - who had been head of the Combination - was elected to the JFA board as Vice President, while Mark Le Cornu, a prominent figure in Jersey football, has also become a JFA board member. 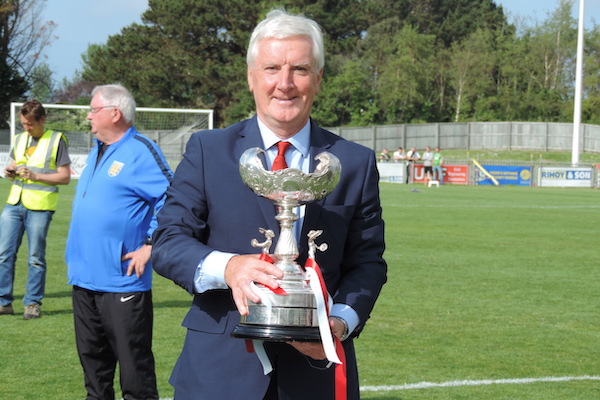 Pictured: Phil Austin has been the President of the JFA for seven years.

Reflecting on his seven years as President, Phil Austin he had really enjoyed his time at the JFA.

"I will undoubtedly miss the involvement,” he said. “I leave, though, confident that the organisation is in good shape. Jean-Luc Desbois has provided great leadership over the past 12 months in facilitating the merger between the JFA and the Jersey Football Combination and I believe local football will be much stronger for this restructure."

Mr Austin said he was delighted Mr Vowden would be succeeding him as President, explaining: "Bradley is widely known and respected in Jersey football and his experience and enthusiasm will be invaluable in maximising the opportunities that the new structure offers."

He also thanked all the staff at the JFA, both past and present, for their support during his Presidency. "There have been lots of challenges over the years, but also lots of good and memorable times as well," Mr Austin said.

Coming from a sporting background, Mr Vowden said it was "an extremely proud moment for me and my family to have the honour of becoming President of the Jersey Football Association."

“Replacing Phil Austin MBE will be an extremely difficult task, but one I will relish as we look to continue the fabulous work that Phil has undertaken over his term as President," he continued. "I would also like to take the opportunity to thank Phil for his support over the years since I was elected onto the Board and I am sure I will be taking advice at times during my tenure."

The newly-elected President said he was looking forward to working closely with Assistant Minister with responsibility for Sport Senator Steve Pallett, as well as Catriona McAllister, Chief Executive Officer of Jersey Sport, to develop better facilities for "our boys and girls and create a legacy and pathway for their future development.”

Pictured: Jersey retained the Muratti vase this year with a 3-1 penalty shootout win.

He added: “The recent success of our Island teams of all age groups, the new and exciting journey that Jersey Bulls are about to embark on, the enormous amount of work that goes on by all our community coaches as well as Centre of Excellence and Player Development Centre programmes are all areas which we need to embrace and continue to strive to improve."