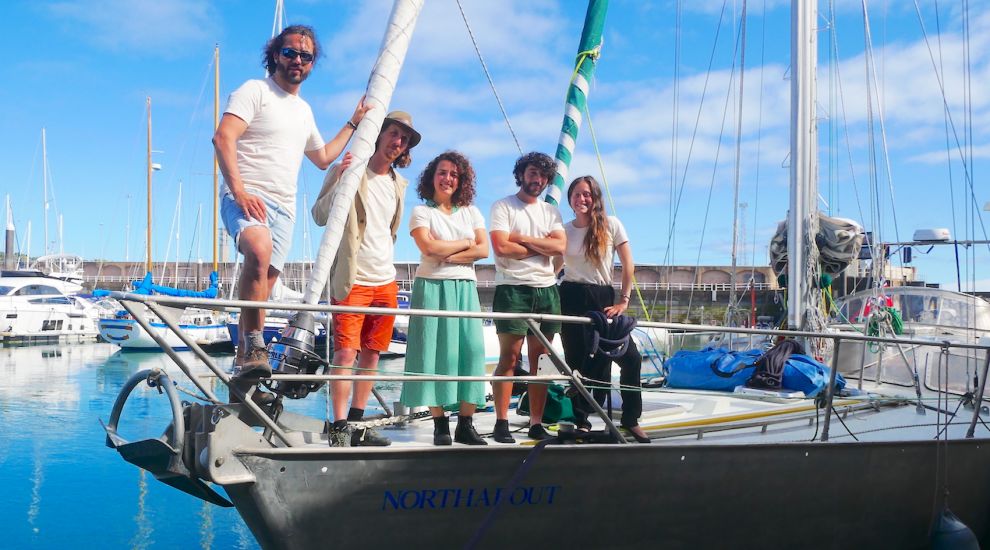 A Jerseyman is flying the island’s flag as he leads the way on an expedition into the Arctic, as part of a project to further research into climate change and educate the world in the process.

Tobias Carter is the co-founder of the Unu Mondo Expedition, an Arctic expedition which this year will be travelling to Iceland this summer to engage with local communities and measure the impact of climate change from the front line.

WATCH: Tobias discusses the trip at Elizabeth Marina, where the vessel stayed during its time in Jersey this month.

Founded alongside expedition director, Sophie Simonin, a fellow sailor and environmental enthusiast, the pair will be travelling as part of a five-year project that will see them liaising with research scientists and locals to understand the impact of global warming.

It was a chance meeting that spurned the idea of the Unu Mondo project; son of Jersey Senator, Dereck Carter, Tobias had spent the prior four years travelling the world exclusively by boat.

As he was nearing the end of his journey, he happened to meet the woman who would become Unu Mondo's other co-founder, Sophie Simonin.

“Sophie circumnavigated the world hitching rides of different boats, and the last boat was mine in Cape Town, so I was on my way back from Thailand to go back to France, so I’d just crossed the Indian Ocean,” he explained.

“I was just about to leave to cross the South Atlantic to head to Brazil, and two days before that Sophie was looking for a boat, and I had some space for crew. 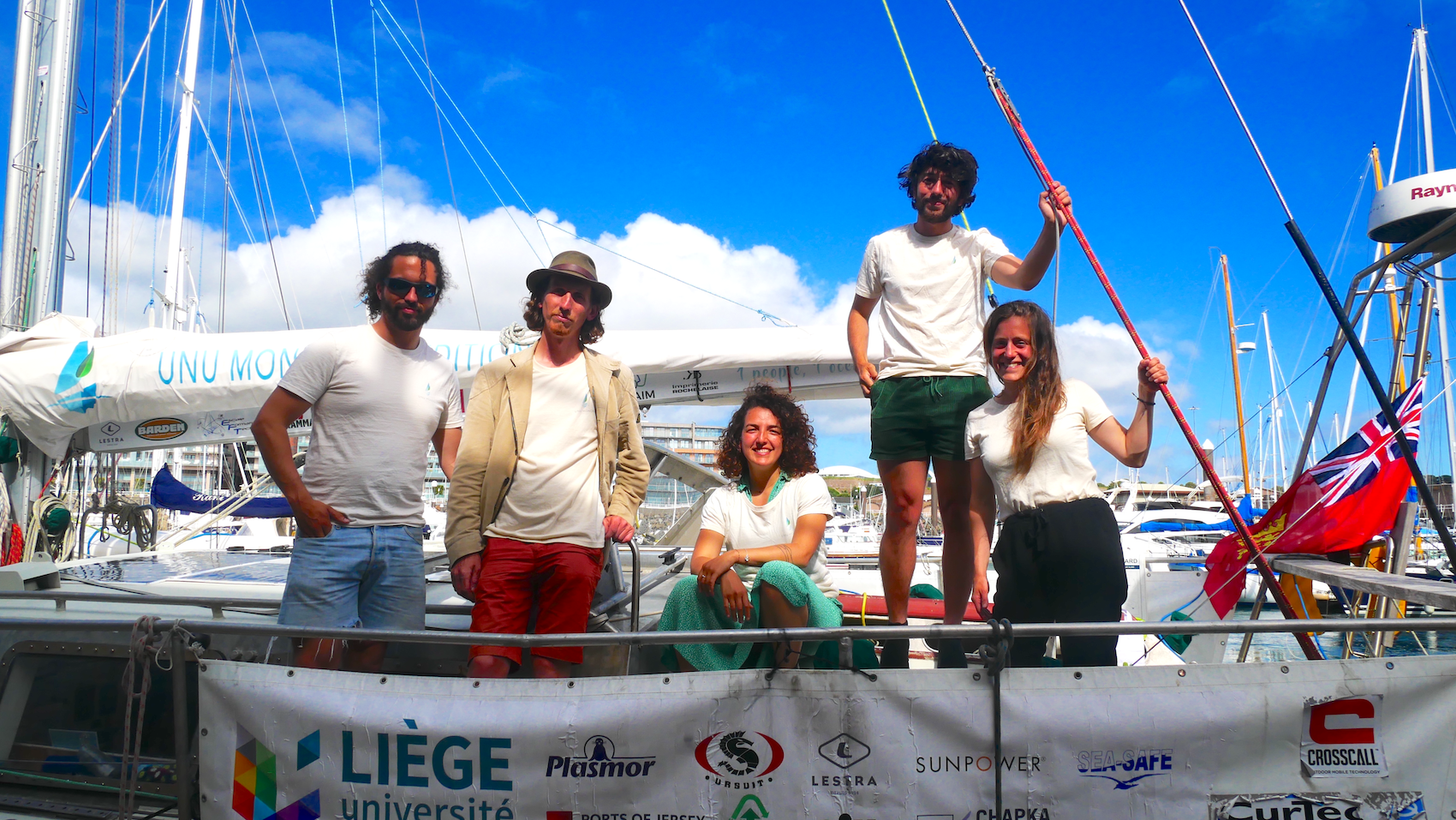 Sailing back to France in July 2019, the pair officially launched the project in September of that year, planning a departure date of 30 May for their first expedition.

“We had about 9 months and we’re starting from absolute scratch - we’re not scientists, we didn’t have any money,” Tobias explained.

However, once they had launched, they soon found momentum picking up, with more research projects becoming interested - realising they needed a bigger boat, they invested in the Northabout, a 15 metre boat steeped in climate history, which shows the extent to which ice has been disappearing from the Arctic.

“It’s a 15 metre boat, 50 feet… it’s the only vessel that has been twice around the North Pole,” Sophie said.

“So the first time it took four years with an Irish team with Jarlath Cunnane from 2001 till 2004, and only 12 years later it took only four months and one day with Sir David Hempleman-Adam.

“So this boat tells a story about how fast things are changing and how fast the climate is changing, and we have to act.”

Indeed, contextualising this loss of ice with the group's own work, she highlighted how they have already seen 8 metres of ice melted from when they were in Greenland last year. 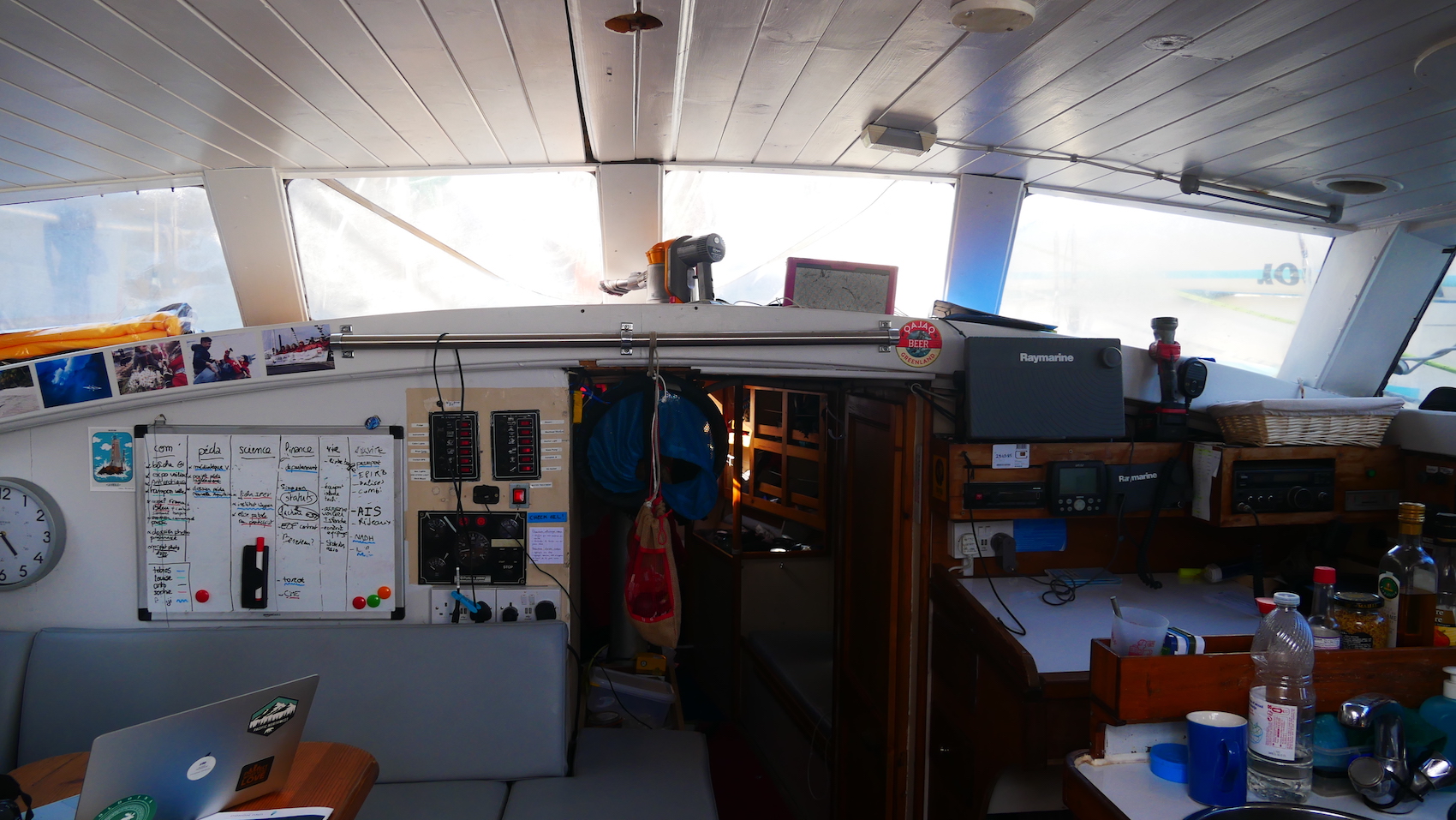 Pictured: The crew are currently stopping off in Jersey, ahead of this year's expedition, which will take them to Iceland this summer.

After a slight delay, in July last year the Northabout’s first expedition under the Unu Mondo crew took it to South Greenland, a first journey that Tobias called “a complete success,” leading them to carry on their journey this year as part of a five year project called ‘Arctic Bridge.’

The project will see the team visit a number of Arctic areas to gather their research, before culminating in a complete circumnavigation of the Arctic in 2024 and 2025 - throughout, they’ll be updating people on their findings through their Instagram and Facebook pages.

“This summer we’ll be heading to Iceland which is a very particular country obviously - talking with glaciologists, volcanologists, and we’ll be working with marine biologists on whales and how they might be impacted by the construction of a new port,” Tobias said of this summer's journey.

Indeed, this research and educational aspect is integral to the whole expedition - the crew have now moved on from Jersey to Southampton, where they will be spending time with collaborators, the British Antarctic Survey, to plan for the next few years of expeditions.

They will also be making a trip to Falmouth to visit Waterhaul, a startup centred around recycling fishing nets into plastic sunglasses.

In between expeditions and research as well, the team have been visiting to schools to educate students on the impact of climate change - they have already spoken to approximately 7,000 French students, and once they had finished their 11 day isolation in Jersey, they spoke to schools including Haute Valle, Beaulieu and Les Quennevais.

Assistant Environment Minister Gregory Guida also paid them a visit this week, to discuss some of the island’s efforts to tackle climate change.

On some of the advice they have been giving the islanders, Sophie highlighted the “small actions that they can do in their home, in their schools, with their parents” such as recycling, asking themselves whether they really need buy something, and cutting down on meat.

However, he added that even just awareness or moderation helps: “It’s not about never taking a plane or never eating meat any more, but at least knowing what impact it has to buy avocados that are imported from thousands of miles away by plane or ships or trucks.” 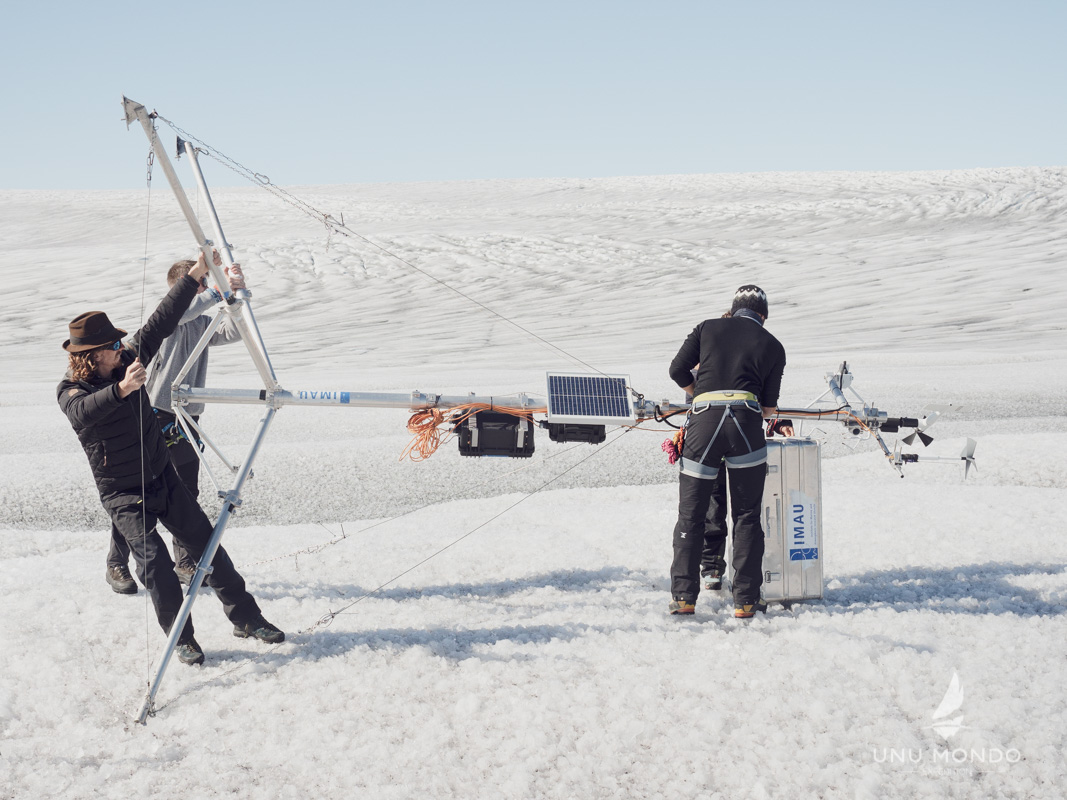 He also praised the recent findings of Jersey’s Citizen’s Assembly, saying that they had “probably came up with the best possible proposals - all Jersey has to do is follow that, and I’m sure it would be a great start.”

With many adventures ahead, Tobias reflected on what he’s most looking forward to this time round.

“One of the best things about what doing what we do is just learning,” he said.

“I knew absolutely nothing about the Polar regions just like most people two years ago - so one of the best things about doing what we do is meeting the scientists, just learning so much about glaciology, about the oceans… just learning and meeting the people that know all about these things, it’s incredible.”

GALLERY: A look around the Northabout... 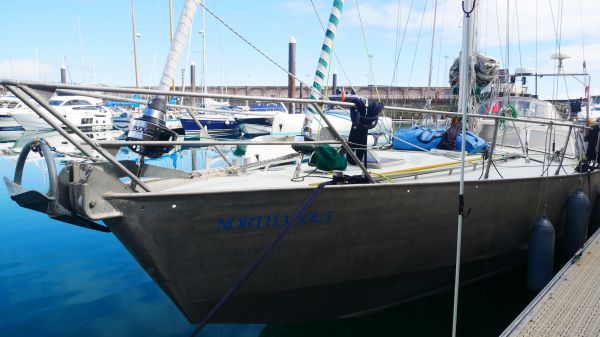 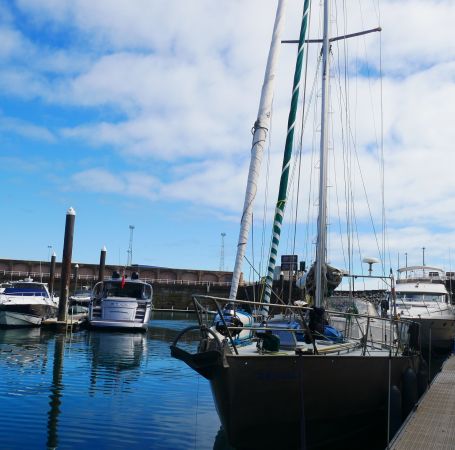 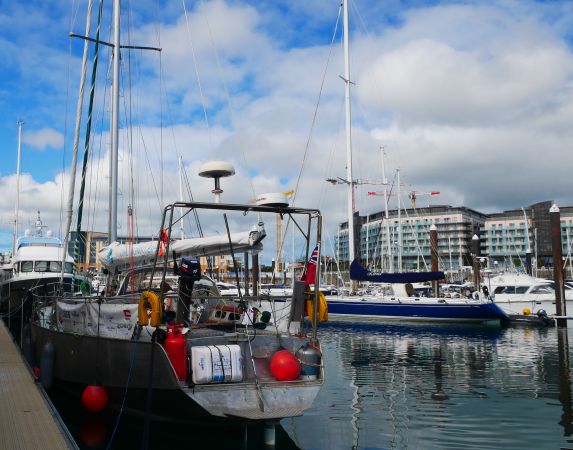 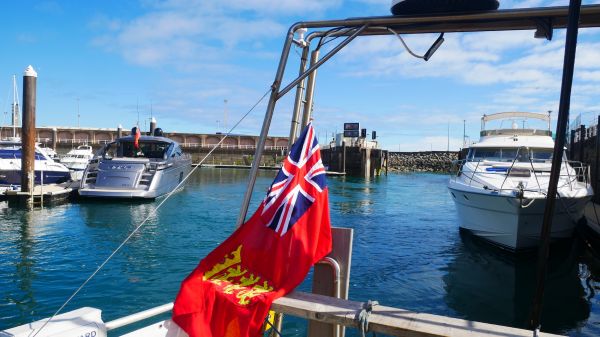 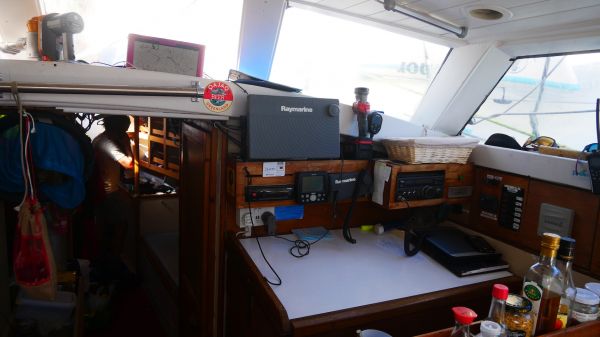 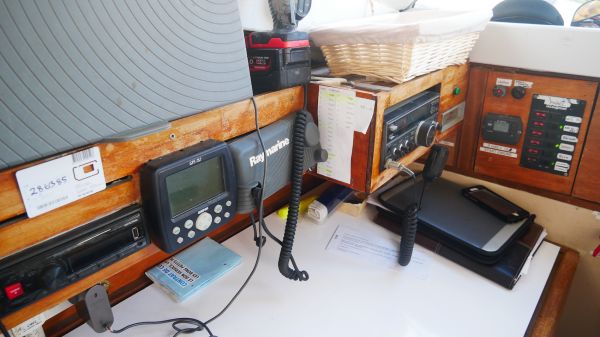 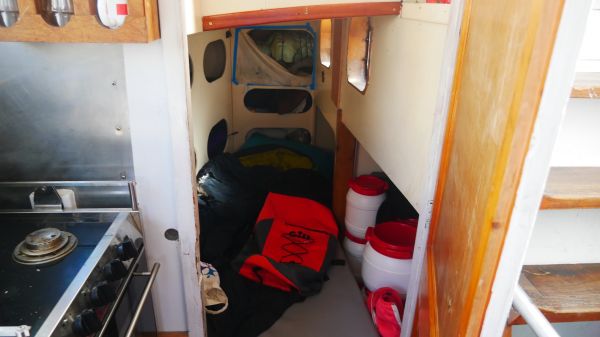 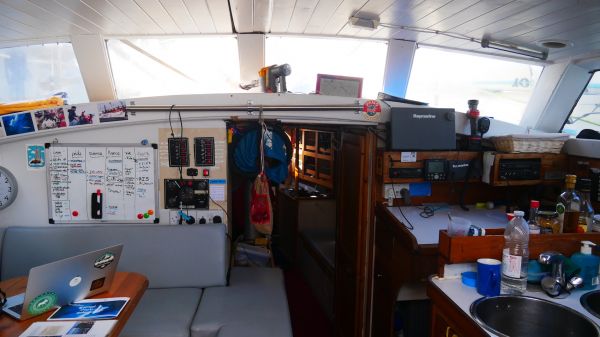 £10k marina pollution fine less than half of investigation cost