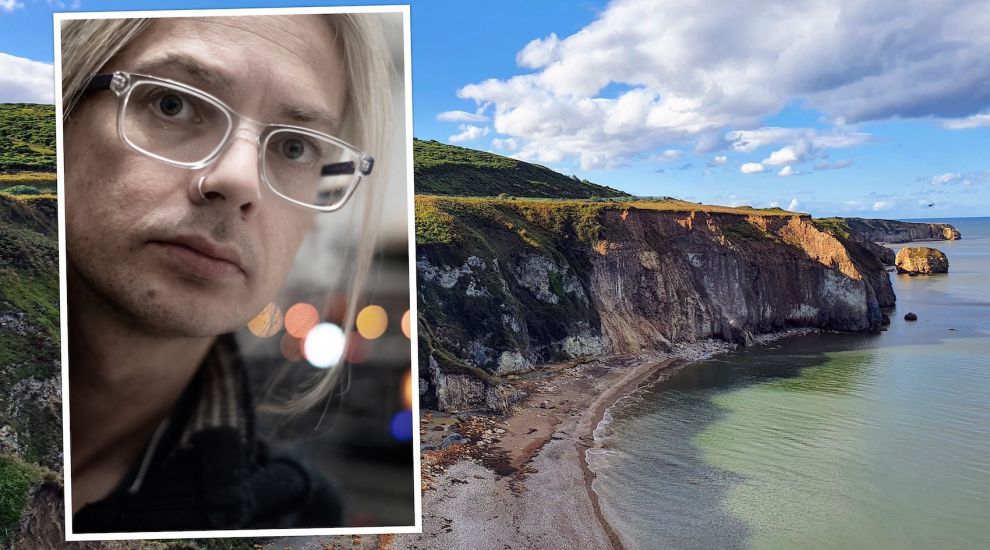 A Jersey musician with a passion for the natural environment has delved deep underwater for his latest project to create a “radio ballad for aquatic lifeforms”.

David de La Haye recorded “hidden soundscapes” in the north of England as part of a project for the University of Leeds and English Nature.

Born and raised in Jersey, David has been interested in music since a young age, playing the bass guitar. After taking Music for his GCSEs and A levels, he went on to study at Leeds College of Music.

Video: David is one of the musicians in the Monster Ceilidh Band.

Whilst his course’s subjects were jazz and contemporary music, David discovered electro acoustic music at uni, which led him to postgraduate studies in Glitch and the Aesthetics of Failure in Digital Composition at Newcastle University.

His work on the folk music - which has a strong connection to the landscape, as part of the Monster Ceilidh Band and Jez Lowe and the Bad Pennies - and as a studio technician led him to experiment with field recording.

“A field recording is a recording of the natural world and the things that go on in there,” he explained. “There’s not so much influence from the recorder. The landscape, the environment, is used as a reference to work on or learn about the world, or just for general appreciation.” 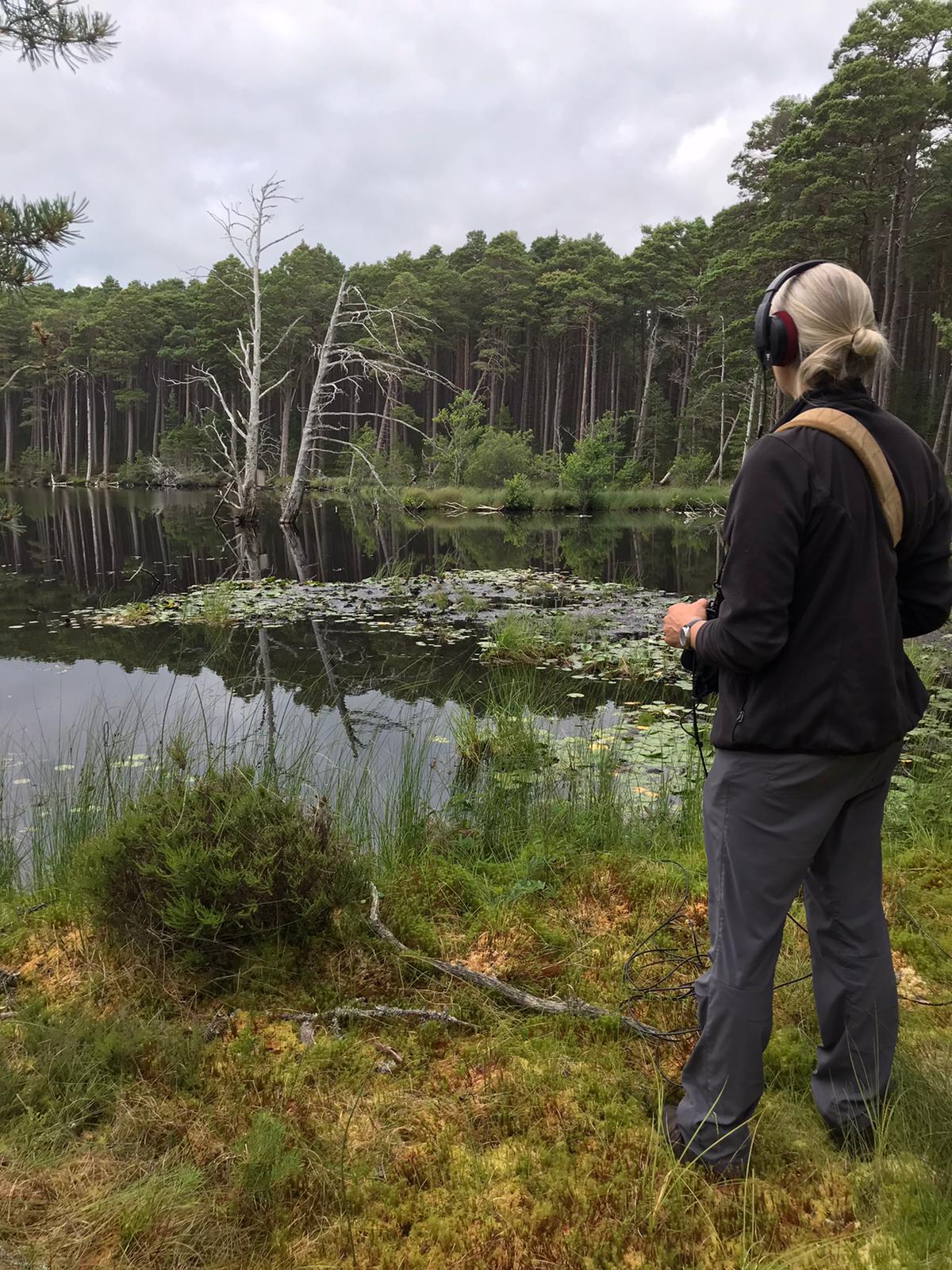 His exploration inspired him to create a “radio ballad for aquatic lifeforms” with the help of singer-songwriter Jez Lowe.

“It was based on the Radio Ballad series from 60s radio - it was a series of songs from people,” he explained. “It was quite a big thing… it was not just songs, they had field recordings of people talking in streets and interviews with people working in the area.

“I thought about taking a different approach. Rather than interview people in the north of England, I thought it would be interesting to have imaginary interviews with life forms under the water.”

David made field recordings in Easington Colliery and the Farne Islands in Northumberland, which Jez then interpreted into dialogues between life forms talking about their environment.

“I find the underwater stuff exciting, because we are not equipped to hear under water, we have to use technology to enhance and augment our senses,” he explained.

“We are not familiar with the environment because we cannot hear it. We do not really know anything about them, no one has done any research in maritime and freshwater environment. If you do not know about it, you cannot learn about it and how to protect it.

“Documenting them now might be a good thing to look back on in the future. It’s a documentary process as well as a creative one.” 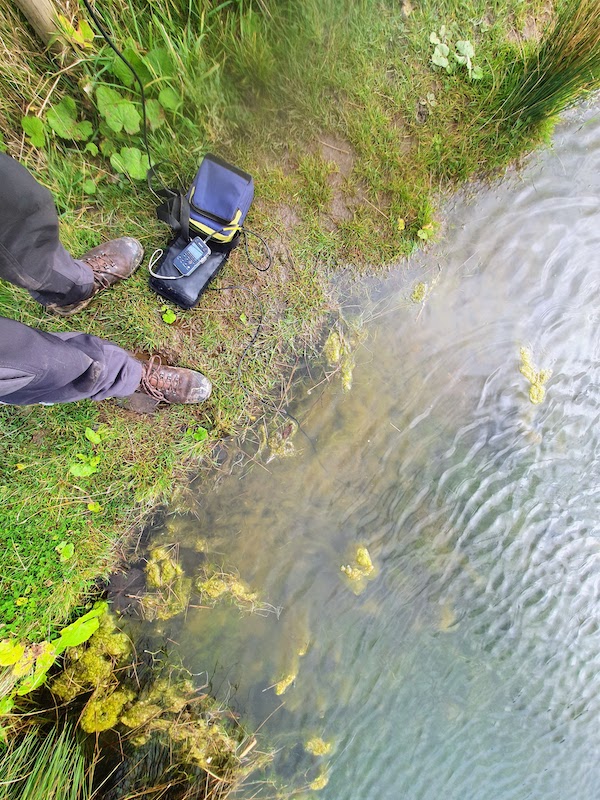 Pictured: One of the pit ponds David explored sonically.

David says his interest in aquatic environments and the creatures that live there was partly shaped by growing up in Jersey.

“I left when I was 18 - I had hardly been anywhere before,” he said. “I spent a lot of time as a teenager on the beach, walking on the coast… The connection to the sound of the sea has never left me.

“I realised recently that when I’ve been on holidays, it was always on islands, Madeira, Gran Canaria, … I am always drawn to islands!”

While he is currently working on projects based in Sunderland and the Cairngorms, David hopes he will one day get the opportunity to explore the local biodiversity and tidal zones sonically.

Getting close to the action! The fascinating sounds of our #freshwater habitats ????????

Video: An extract of a field recording in the Cairngorms.

He also hopes to be able to document “dawn and dusk chorus” among aquatic creatures.

“I just think it’s amazing there are all these sounds that we do not know much about - we do not know what’s making the sounds and why, which is the most important thing,” he said.

“I am curious about what we can learn by listening. It’s a really good way of engaging people in that understanding, you can create pieces of music to get a different way of understanding.”