Family evacuated from home after fire in kitchen 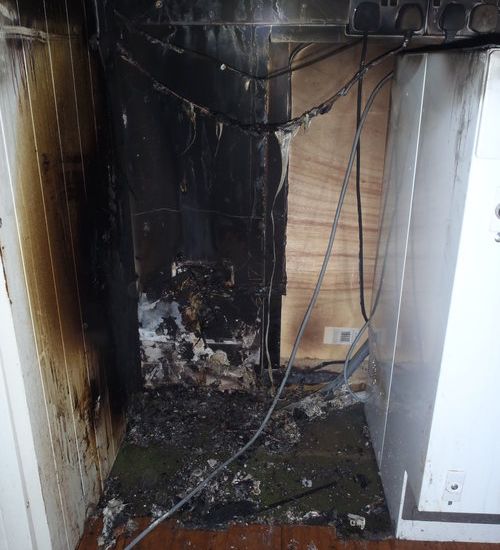 Family evacuated from home after fire in kitchen

A family had to flee their house with their young baby after a fire that started with a faulty dishwasher broke out in their kitchen.

The Jersey Fire and Rescue Service were called out at 8.19 pm to a property in St Saviour – they sent two fire engines and nine firefighters to the scene.

The ground floor of the semi-detached property was heavily smoke-logged when they arrived, and they had to use breathing apparatus, a carbon dioxide extinguisher and a high pressure hose reel to put out the blaze.

Watch Commander Richard Ryan said that the family had done the right thing by calling the fire service and getting out of the property.

He said: “All the family including a young baby are safe and well thanks to the parent’s actions. They got out, called the fire service out and stayed out.”