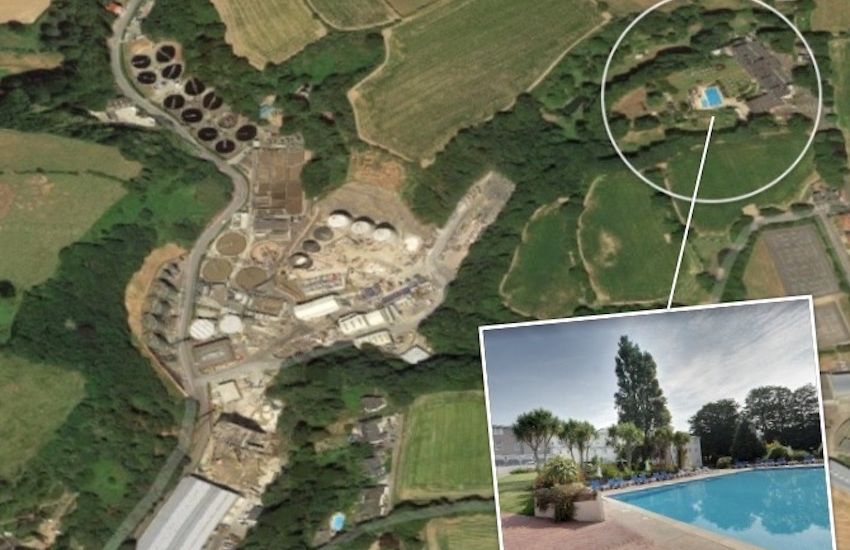 A family, which has run a country hotel for six decades, has put forward plans to demolish it in favour of a luxury apartment complex.

The seven-sibling Smale family said the decision to tear down the 173-bed Westhill Country Hotel in St. Helier was taken with a “heavy heart”, and came amid strain on the hospitality industry and decline in tourism.

They added that the age of the building and pressures on the family were also decisive factors.

Proposals to scrap the hotel and develop 51 apartments in its place – six penthouses, 30 two-beds and 15 one-beds – have now been submitted to the Planning Department for consideration.

Pictured: The swimming pool and gardens of the Westhill Country Hotel.

If approved, the development will be set in landscaped gardens and also feature underground parking.

Noting that they were only in the “preliminary stages” of the planning process, the family said it will be ‘business as usual’ at the hotel, which is based in the area of Mont-à-Labbé, as they await the result of their application.

A spokesperson commented: “It is with a heavy heart that we have collectively decided that the hotel cannot remain as such in the long term and we have to explore another use for the property for the future."

Pictured: The hotel will be demolished in favour of 51 apartments, if plans are approved.

They continued: “We are only at the beginning of this journey and there is a long way to go. Until then, we will continue to welcome locals and tourists to the hotel with all of the usual friendliness and professionalism that we have built our reputation on over the many happy years.”

The news comes nearly two years after the hotel saw off a challenge in the form of the new sewage treatment works at Bellozanne.

They feared that bad smells from open tanks in the area could put off their guests, while nearby residents expressed concerns about the effect on property prices.

Video: The hotel expressed concerns over the impact of potential smells from the sewage works on business.

In the end, the States Assembly took note of their concerns - put forward under the name of the 'Bellozanne Action Group' - and overwhelmingly backed a move to cap the new sewage plant tanks to reduce the unwanted stink, putting an end to what became known as the 'Smellozanne' saga.

Posted by Scott Mills on Dec 23rd, 2019
"I'm going to make you an offer you can't refuse" Don of Dandara
To place a comment please login Login »

“This bill has brought home the ongoing struggle”