Famous french writer has the last laugh in Jersey 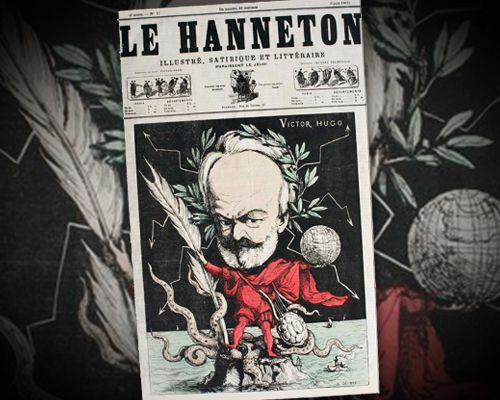 Famous french writer has the last laugh in Jersey

It’s no exaggeration that Victor Hugo wrote his most famous novel while living in political exile here back in the 19th century and he'll soon be back again larger than life.

The Frenchman who wrote Les Misérables is the subject of a special caricature exhibition at the Arts Centre that opens a week on Monday.

Victor Hugo was the subject of more than a thousand caricatures published in the satirical press and this exhibition features 35 of them, recounting both his political and literary life.

Gerard Pouchain’s private exhibition has toured in Paris and many other countries in Europe as well as China and the USA and local secondary school students will get a special guided tour when it opens in the Berni Gallery.

Victor Hugo moved to Jersey after Napoleon III’s coup d'état at the end of 1851. He lived here from 1852 to 1855 before moving across the water to live in Guernsey.

The exhibition runs from 23 March to 4 April.