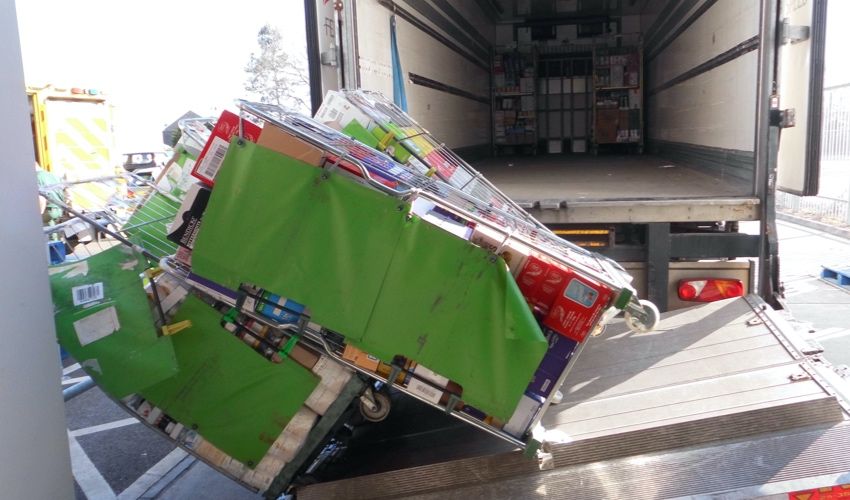 Ferryspeed has been fined £55,000 for breaking the island’s health and safety law, after one of its drivers “miraculously” escaped death or serious injury.

The logistics firm was sentenced by the Royal Court on Friday, having admitted its guilt in September following the toppling of over a tonne of produce from the tailgate of a refrigerated trailer outside Waitrose in Rue de Près on 29 March 2021.

The four loaded cages of deliveries tipped over and fell, hitting a pedestrian barrier at the side of the loading bay which prevented them from crushing the driver, who was pinned beneath the cages.

In passing sentence, Lieutenant-Bailiff Anthony Olsen said it had been a “miracle, or in more secular terms, a ‘benign coincidence’ that the cages were mercifully stopped.” 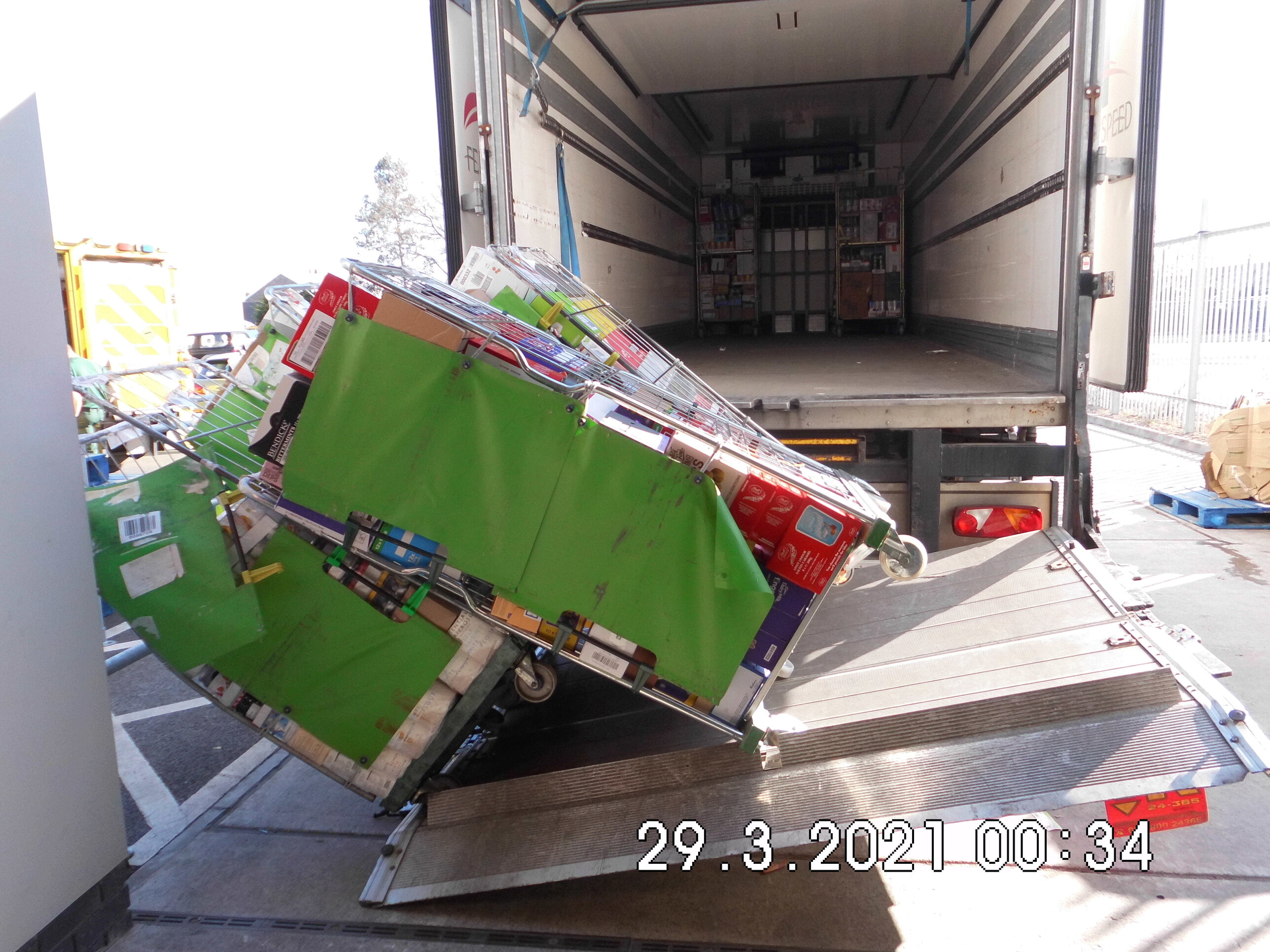 Pictured: An image from a Waitrose CCTV camera showing the tipped cages after the trucks tail lift failed. The driver, who was standing on the left of the tail-gate as he lowered it, was saved by a pedestrian barrier, which took the 1.3-tonne weight, trapping him underneath.

Earlier in the hearing, Crown Advocate Advocate Richard Pedley had outlined the facts of the case.

“Ferryspeed (CI) Limited failed to properly maintain the tail lift of a chiller trailer, which failed as an employee was lowering cages of goods weighing over a ton,” he said.

“One side of the tail lift snapped causing the cages to fall onto, and injure the employee, who was standing on the lift.

“The cages stuck the barrier. Waitrose store staff responded quickly to pull him clear, noting bruising to his right leg and arm. Paramedics attended and treated the driver. There was no serious or permanent injury.

“The tail lift had not been examined for approximately nine years.”

Advocate Pedley continued: “There were six reports of faults with the trailer between 27 February 2020 and 25 January 2021, all relating to the tail lift, all made by drivers of that trailer.

“No action is recorded as being taken. The driver on that day, Paulo Rocha, does not feature in those records of reported faults but states that he did bring them to the attention of the company.

“While none are recorded for the trailer in question, his account to Waitrose staff on the day in question is consistent, as they say he had complained that his lift was not working very well, that he had reported this a couple of days before, and that nothing had been done.”

The lawyer added that after a previous incident in 2019, when personnel were to blame rather than equipment, a letter had been sent to Ferryspeed by Tammy Fage of the Health and Safety Inspectorate saying that tail lifts should be inspected at least every six months.

Ferryspeed replied to confirm this requirement and said that all of its trailers had been inspected or were booked in.

However, the tailgate of the trailer in question had not been inspected since Ferryspeed purchased it a decade ago.

Advocate Pedley said it was only by luck that Mr Rocha was not killed or injured. He quoted Mr Rocha, who told investigators: “My most important wish is that there is not another accident like this and someone is hurt in the same way.”

The lawyer added thar Mr Rocha still suffered pain from the accident and had received physiotherapy.

Defending Ferryspeed, Advocate Adam Harrison said the firm could not explain why a formal inspection of the tail lift in question had “slipped through the net”.

He added: “The company does have an in-house mechanic who maintains the fleet. The company says he would have looked at it but, regrettably, it is not in a position to provide records.”

The lawyer said that the lack of inspection appears to be an isolated example and Ferryspeed had since taken steps to ensure it would not happen again.

It had also updated its processes to make reporting more visible and managers were now automatically informed when an inspection was due.

All 54 tail lifts in the fleet had now been inspected by a competent person in the last six months, he said.

“The company accepts that the injuries [to the driver] could have been worse,” Advocate Harrison added. “They were not immediately aware of medical expenses and loss of overtime but have now made good the losses incurred by him.”

Stressing that Ferryspeed had not broken the Health and Safety Law before in its 36-year history, the lawyer said a £40,000 fine would be appropriate.

Jurat Olsen, who was sitting with Jurats Charles Blampied and Robert Christensen, said that Ferryspeed’s culpability was high but reduced the Crown’s recommended fine slightly to £55,000 and ordered the company - which chose not to divulge its financial position to the Court - to also pay £5,000 towards prosecution costs.

Posted by Keith Marsh on Oct 30th, 2021
Sounds a good deal for Ferryspeed. Really hope lessons have been learned for the future.
To place a comment please login Login »