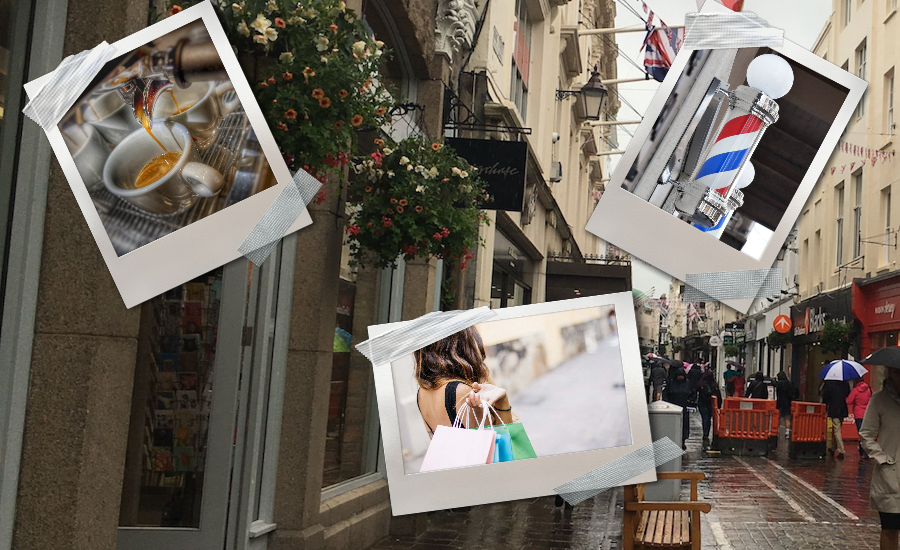 In the wake of the pandemic, it’s not an easy time to be setting up a new business – but some islanders have recently risen to the challenge, bringing beautiful trinkets, hair styling expertise and wholesome food to town.

Express went to meet some of St. Helier's newest faces…

Despite concerns about empty retail premises, shops are blooming to life again in Jersey's town with new businesses being set up or others expanding from online to 'in-person.'

One of the newest additions to town is barber shop Lads N Dads down at the Weighbridge, which only opened around a month ago.

Speaking about her journey to setting up the barbers, owner Ali Barry said that it was at the start of lockdown when she realised the size of her clientele and figured it was time to finally set up on her own. With the help of her fiancé and family, she built her business. 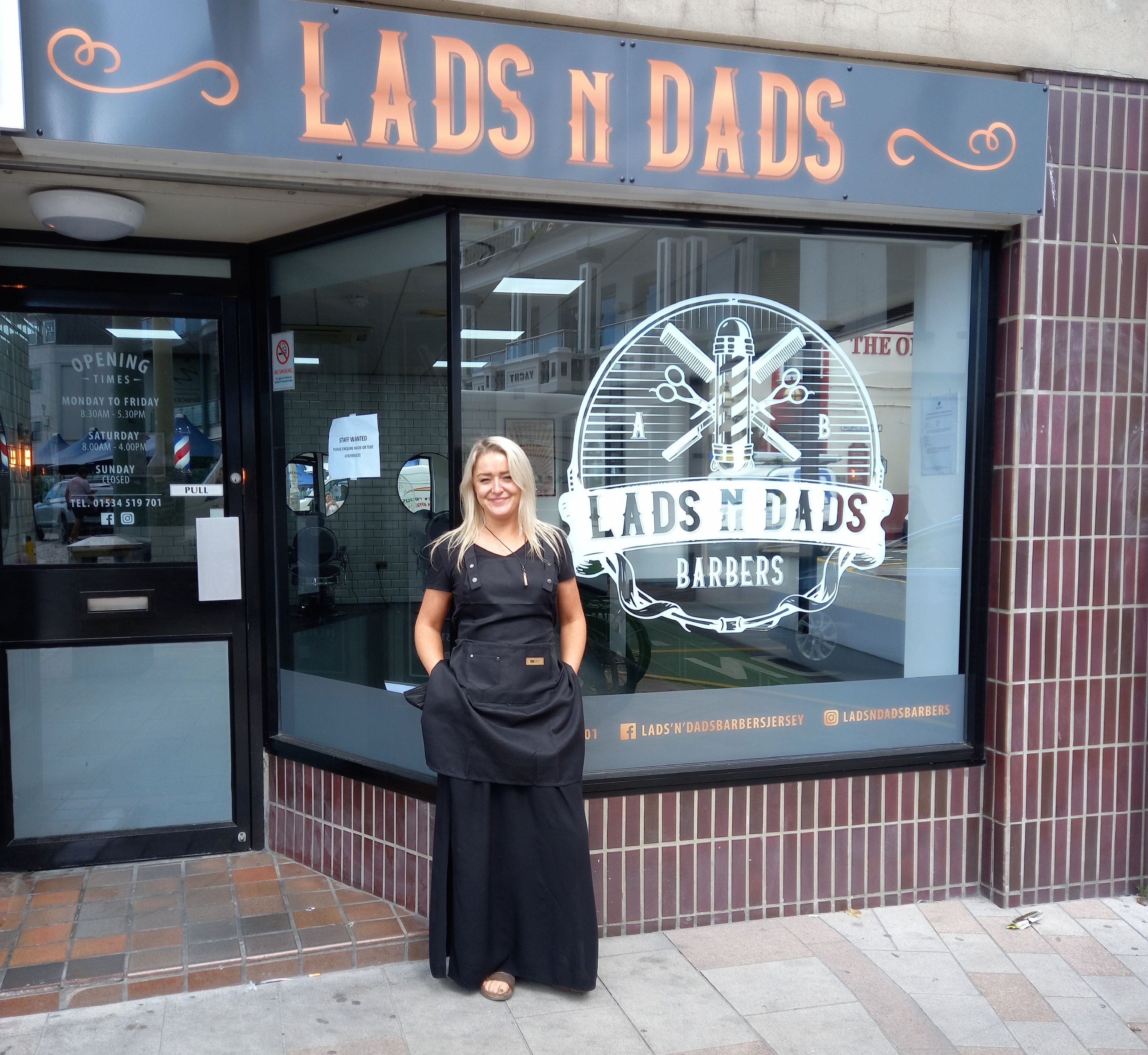 Pictured: Ali Barry said she was "working day and night" to get Lads N Dads set up.

The pandemic made setting up a huge challenge, as many of her workers were being tracked & traced. She also explained that she had encountered lots of late deliveries and stock problems.

But this did not defeat the first-time business owner, who said it only "made me more determined" and that "with hard work and consistency, I got there in the end."

Another new face in town is Harriet & Rose, a boutique located on King Street.

While Harriet Rouse explained that her business had only been in its new premises for a week-and-a-half at the time of speaking to Express, she is not new to the world of business.

Having set up online two-and-a-half years ago, she found herself in a good position when covid hit, as it gave her the opportunity to build awareness for her business and partake in charitable giving, as well cutting postage fees. 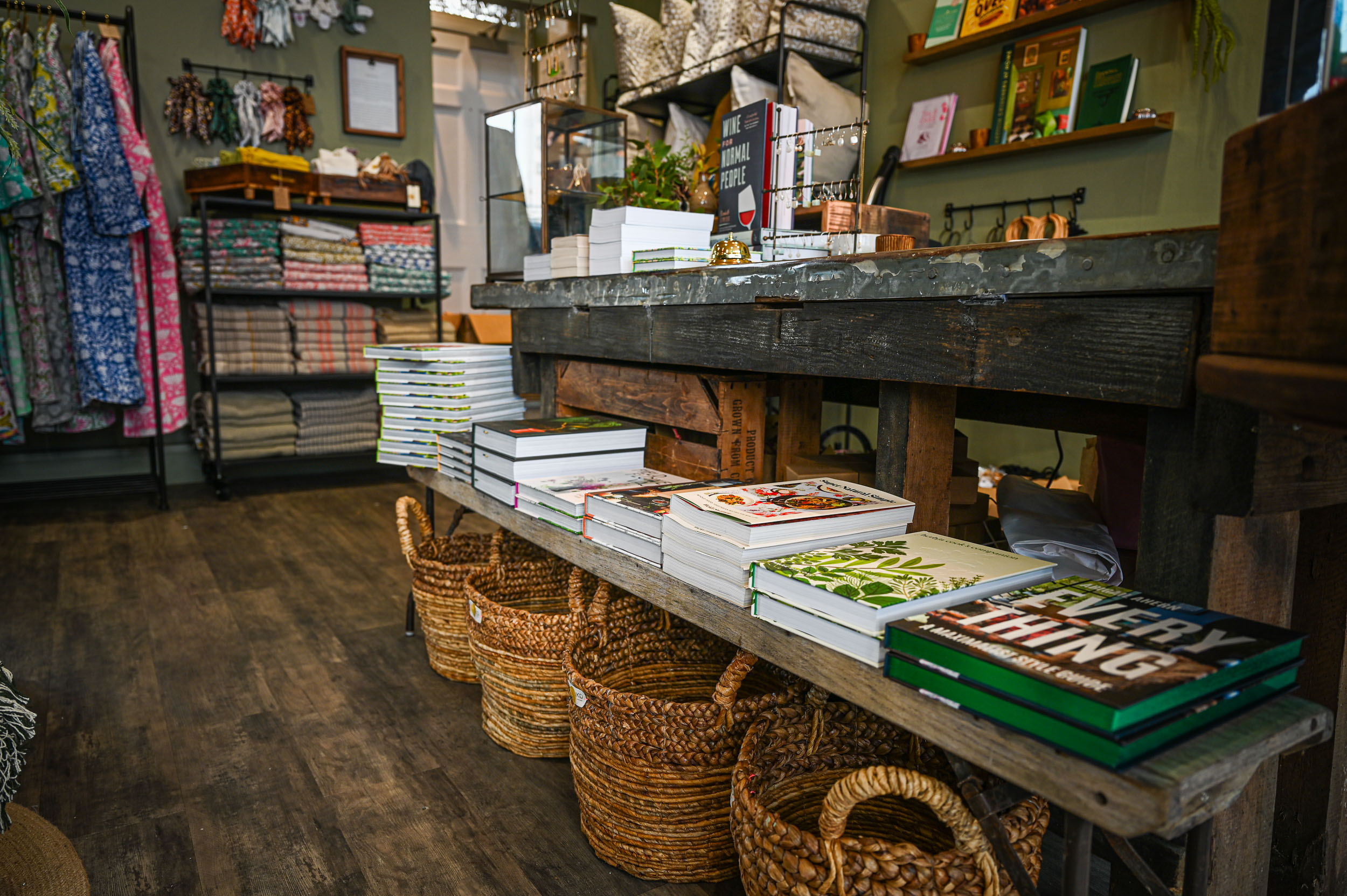 Following on from that, she helped organise the small business pop-up at Liberty Wharf to encourage islanders to spend their £100 vouchers with small businesses.

Based there for approximately three months, she was then eager to start looking "for bricks and mortar", particularly given that she was facing the problem of receiving more orders than she had the space for, resulting in having "boxes of stock everywhere." "[It] drove the entire family a bit mad," she joked.

Harriet explained that this "was always the five year plan, it just happened after two-and-a-half years instead."

The store itself is all about "thoughtful gifting" and celebrating independent businesses - Harriet prides herself on the fact that the goods she sells, which range from delicately woven baskets and scarves to candles, kaftans, travel mugs and quirky cards, mostly can't be found anywhere else in Jersey.

Another new addition to town is The Wise Owl Cafe in York Street that appeared late last year.

Director Gabor Kiss explained that setting up and running his business has been difficult in the past year due to the pandemic. Unfortunately, he said he felt he had "fallen through the system" and "been unlucky" as he was unable to get any government support, but he says "we are very grateful for the ongoing local support of our customers."

Gabor said he chose to have a physical cafe rather than just doing takeaways, as he thinks it is important to "build long-standing relationships with customers that can last for decades" and he believes that makes it a "very exciting profession." 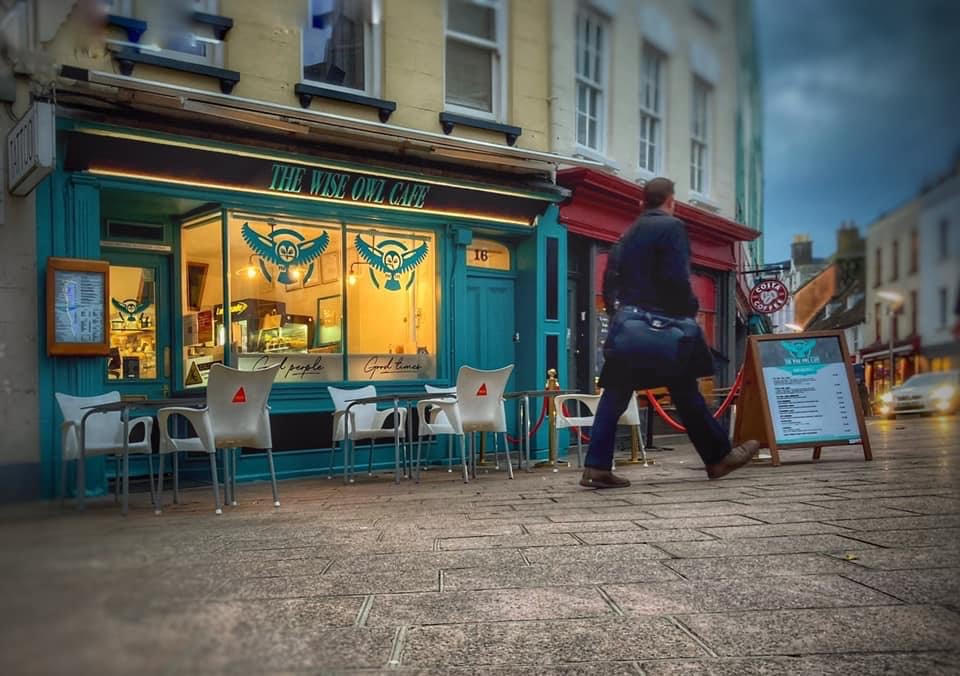 Pictured: Gabor Kiss is "very grateful for the ongoing local support of our customers."

The café's offering ranges from coffees and 'grab n go' treats like soups and salad boxes to more substantial, and refined dishes showcasing local ingredients - last week, local diver-caught scallops were on the menu, for example.

One more recent addition to Jersey's town centre is the cafe, Tafi Cuisine, which has been on our streets for only a month after having set up at the start of August.

Sisters Tania Moreira and Philipa Martins decided that it was time to make their passion for food a business and, after a few months of searching, they found their current premises in Cattle Street.

The sisters explained that finding products has been difficult recently due to covid and Brexit. They believe that it has been even harder for them because Tafi Cuisine is a vegan cafe, which means there are fewer suppliers of their goods, making ordering products even more of a challenge. 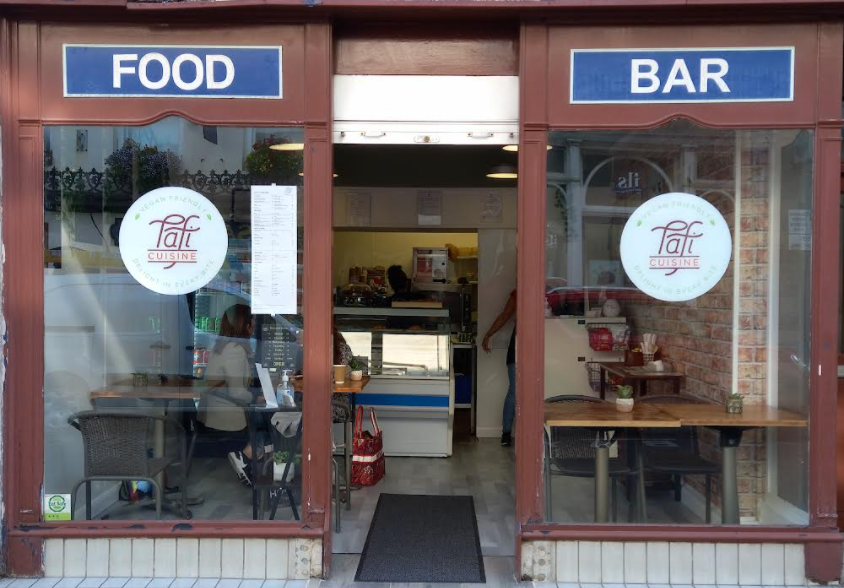 Pictured: "We find our happiness in the food."

The pair Moreira and Martins also said that they chose to set up a cafe as they grew up surrounded by food and their mother taught them how to cook from a young age.

They say that food is their passion and they find "it quite warming" when they are feeding family and friends as that is something they grew up doing. To them, food is more than sustenance because "we find our happiness in the food."

Hopes for the future

These are just some of the new businesses entering Jersey's town, but are hopes for more.

Among them is a brasserie-style restaurant stepping into Beghins' shoes, while a planning application has been put in to transform the former Jersey Pottery shop opposite the market into a hospitality venture. 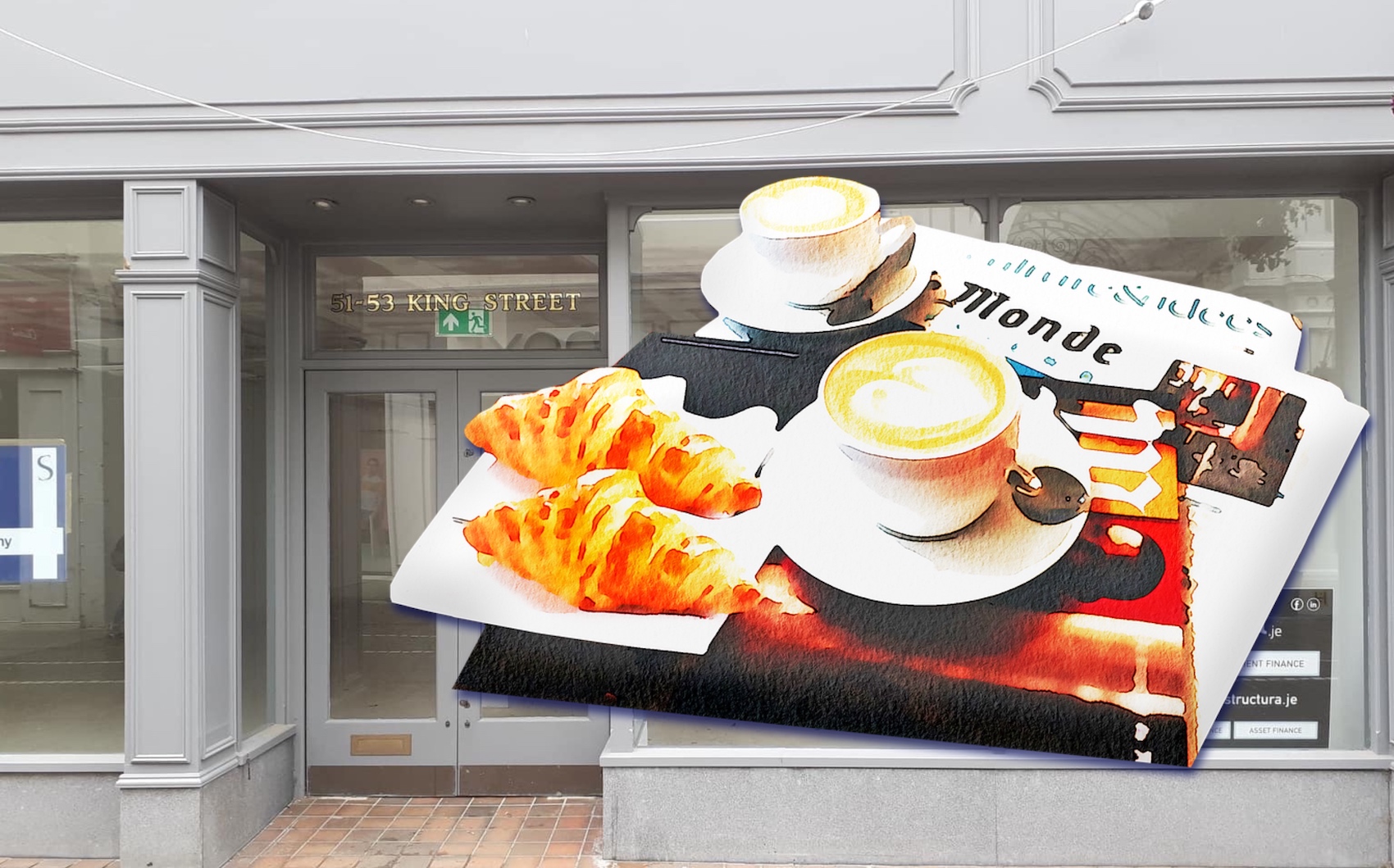 Pictured: The former Beghins is set to become a Parisian-style brasserie.

At the start of August, the vacancy rate in town - the amount of empty shop premises compared to those that are trading - was 7.66%.

Town Centre and Events Manager Connor Burgher said he was "confident that figure will continue to fall in the coming months and years."

Eloise Rouault (15) wrote this piece while on Trident Work Experience with Express.

Posted by Scott Mills on Sep 8th, 2021
Alright opening all these shops etc...any staff about?
Posted by Jenn Smith on Sep 8th, 2021
Congratulations to Eloise Rouault for her very interesting piece of writing. It is lovey to read good news as we often focus too much on the bad and the negative. More please:)
Posted by Jon Jon on Sep 8th, 2021
Things you can’t buy on the internet,like coffe shops and hairdressers,take those off the high street and most of town would be empty shops.
To place a comment please login Login »