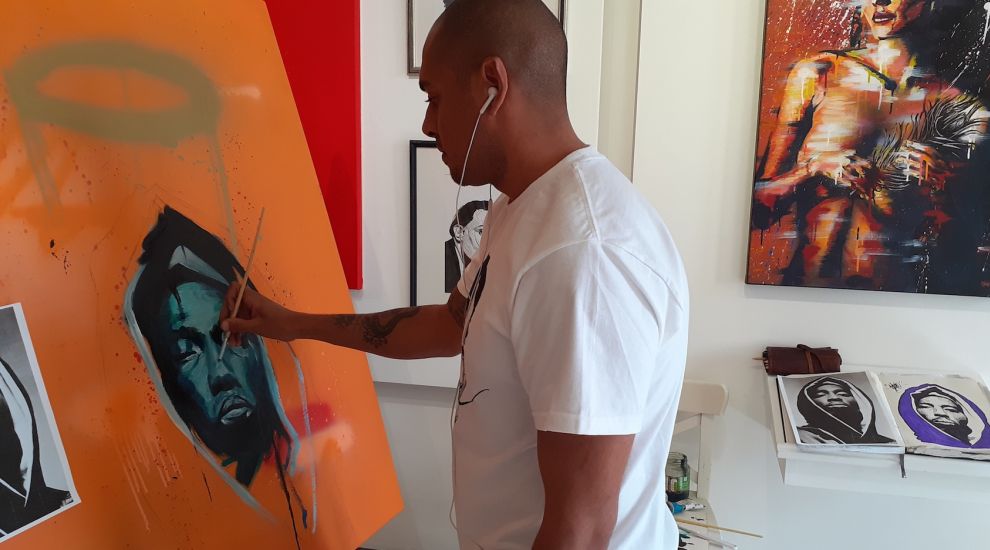 An artist who fuses fine art with a graffiti style is hoping to spark conversations about civil rights and his cultural heroes with visitors to his new exhibition at Jersey Museum's Link Gallery.

The artist, who has worked with prominent Channel Islands graffiti crew IKM in the past, spoke to Express about his current exhibition and inspirations...

“I obviously did a bit of art in school, but graffiti was the real thing. When I went to university, I started getting involved in graffiti, and I guess at some point in my early twenties it kind of took over my life really. Obviously you can do graffiti forever, but it gets to the point where you want to do something perhaps more palatable for people.”

The portraits and sketches range from images of famous figures who have influenced KUMO to deeply personal pieces that sum up an emotion or significant stage in KUMO’s life.

For example, a painting called Monsoon stemmed from a time of loneliness, with KUMO explaining he had just moved back from Vietnam after living there for four years.

“It was the middle of winter, it was cold. It would have been monsoon season in Vietnam, and I was kind of missing the rain and the warmth. It was pretty lonely at the time, just didn’t have a lot of friends after being away for years, so I was just in my studio, just painting.”

Similarly, he points out a painting called ‘Limbo’, talking about how it emerged from a moment of anger: "It’s sort of like the moment when your life’s in limbo; you’re working towards something, but you can’t see the end goal or anything, and sometimes you think, 'Why am I doing this?’" 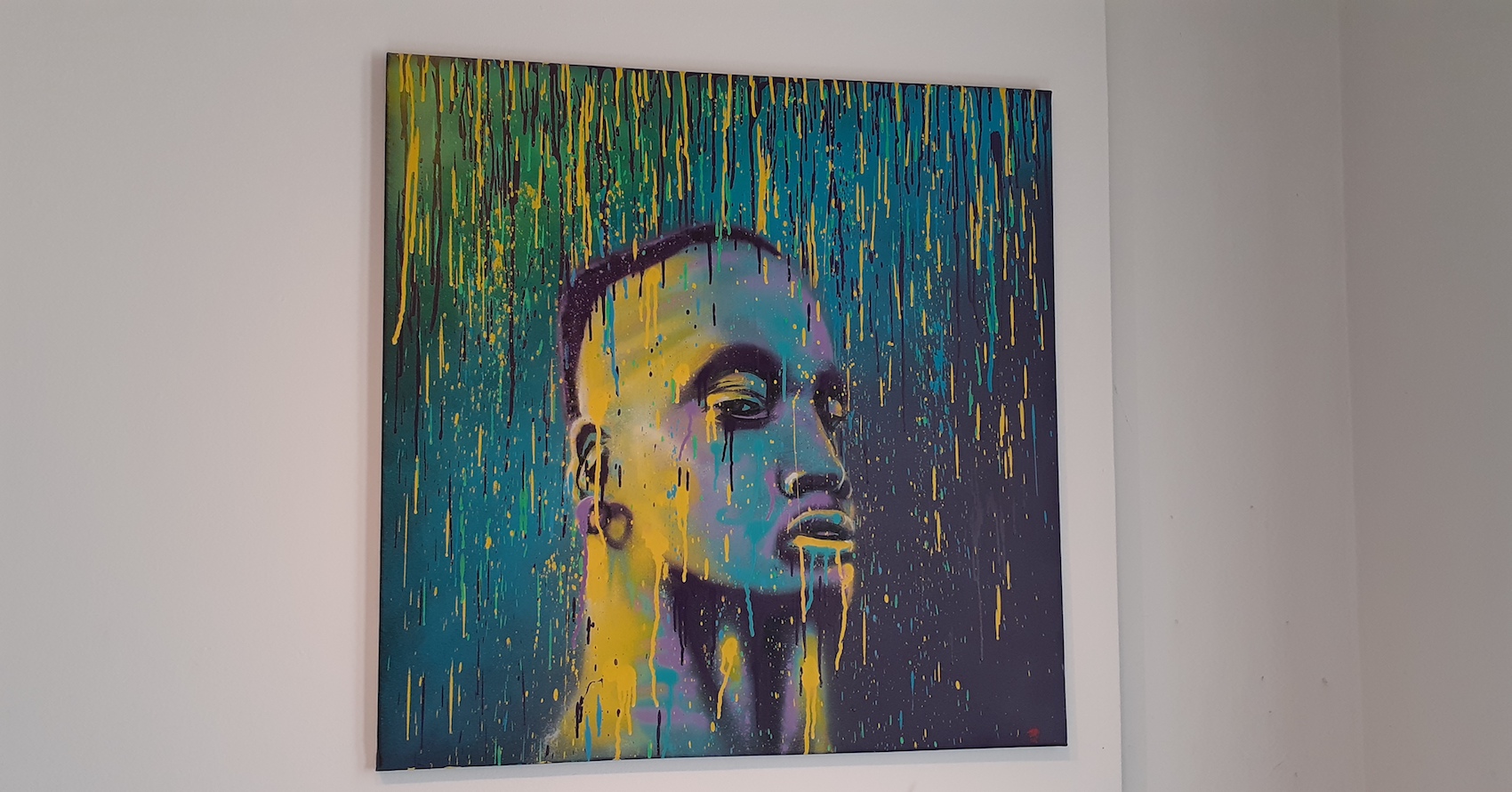 Pictured: 'Limbo', which KUMO explains emerged in a moment of anger.

The pictures of real-life figures have a similarly emotional thrust, many holding a deep significance for KUMO.

A stand-out is his version of civil rights activist and writer, James Baldwin, a formative influence on the artist: “Growing up here and being mixed-race, there’s not much in school which is to do with your culture. So growing up, really stuff like Baldwin or Angela Davies, it was quite empowering for me.”

Another picture, ‘Delusions of Grandeur’, is an atmospheric depiction of Lee ‘Scratch’ Perry, Bob Marley’s manager.

“My dad being Sudanese, Bob Marley was basically the only Western music that made it to Central Africa, Northern Africa, and I grew up listening to it. So, rather than paint Bob Marley, I thought, 'Why not paint the guy who’s behind the first few albums?'"

As he speaks, he is painting a new portrait of rapper Tupac Shakur, describing how “there’s a lot of stuff which is about social justice and changes in the communities in his music."

"Tupac was a bit of a hero to me," KUMO admits.

Again, it is emotion that makes him return to portraits: “You’ve got to try and capture an emotion in a face, which is quite hard to do, but, if you get it right, people instantly recognise it.

"Some people can find a painting of a landscape awe-inspiring, but it’s hard to find any emotion in it. But portraits have got to carry some emotion - Sargent and Rembrandt had such skill in capturing how you think someone’s feeling at the time.” 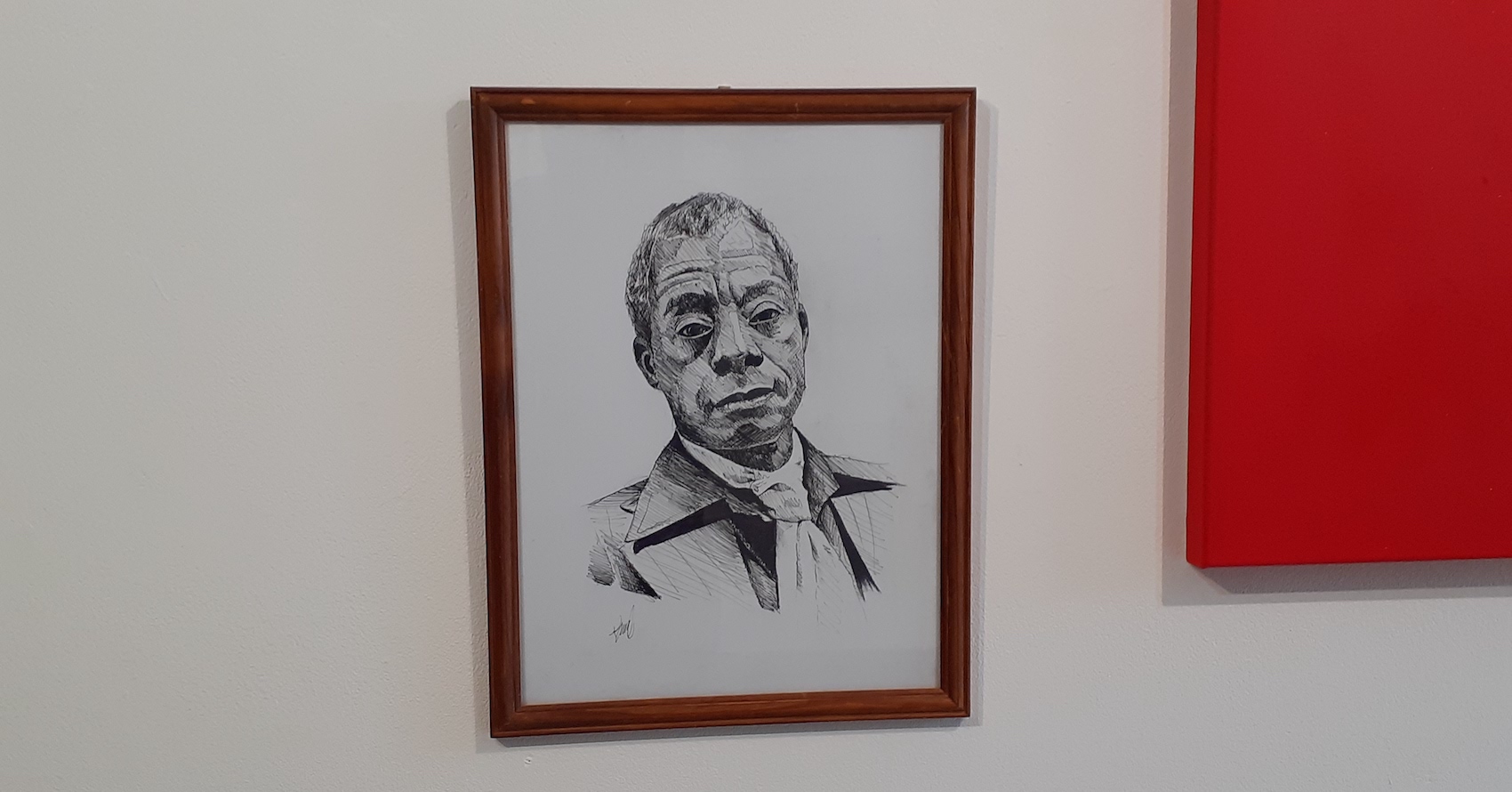 When asked what he wants people to take from the exhibition, KUMO explains he wants "them to see how much graffiti has influenced me - not just me, but how much it influences society. You go to McDonalds and there’s tags everywhere - graffiti is very much part of our life.”

The subject matter is also crucial, as he adds: "I’m painting people like Aldous Huxley, James Baldwin - if you don’t know who these people are, it’s nice to come down, have a chat, because I’m going to be here all month. So come down, talk to me about it, I can give you some information: things to read, things to watch, and you can see how that relates to your own life.”

“The idea behind this is there should be something for everyone. Obviously the canvases go for a little bit, but then the sketches are sort of the mid-point, the prints are slightly cheaper and the t-shirts are £15, so if people like it they can take away something, no matter where they’re coming from.”

GALLERY: Inside the exhibition... 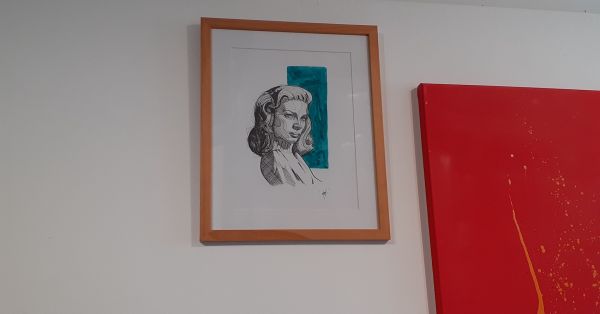 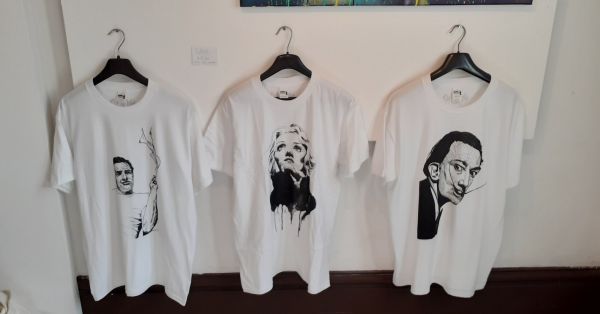 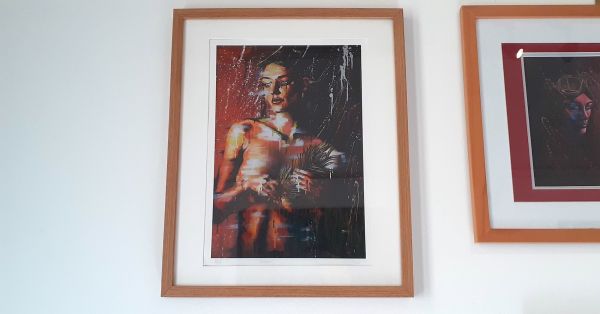 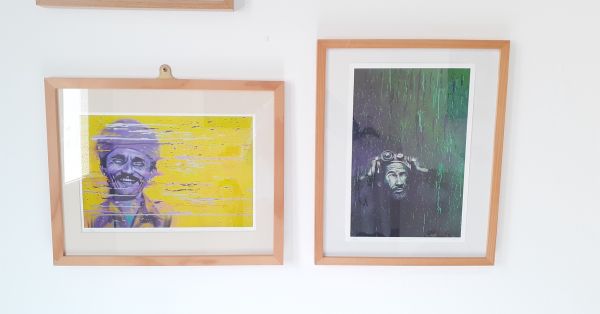