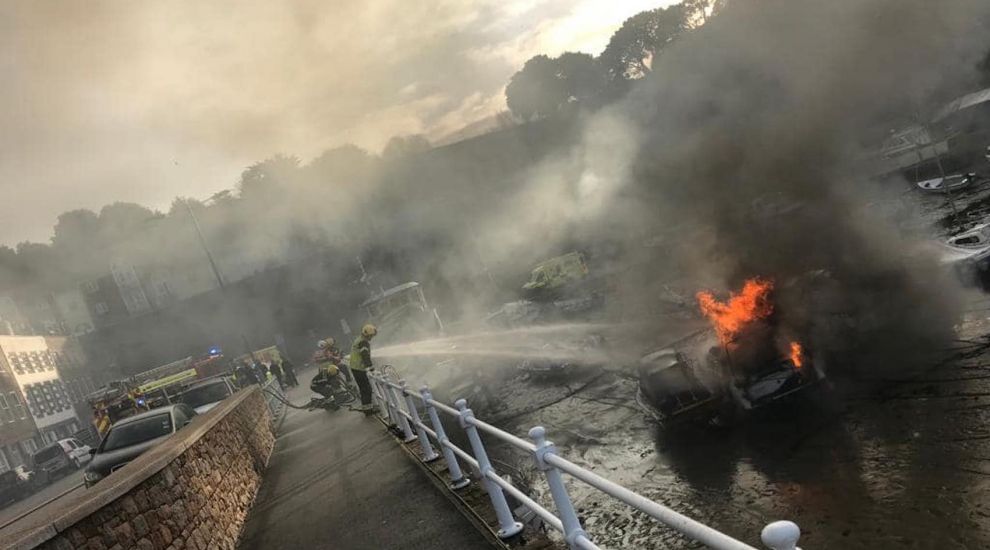 A boat owner and his son have been taken to hospital after they suffered burns when the boat they were working on caught fire this morning in the English Harbour.

The incident happened just before 10:00 this morning (30 December) whilst the pair carrying out some electrics repair.

Units were called to the scene of the incident, near where the Elektra is moored, after reports of "a fire and or explosion on a boat".

Bit lively down the harbour. pic.twitter.com/H85GsV5ufb

Video: The boat was located near where the Elektra is moored. (Credit: Ollie Taylor)

A crew of five firefighters was sent to the scene and used water jets to protect neighbouring vessels and put out the fire. It is believed the cause of the fire was electrical.

Firefighters received the assistance of Jersey Coastguard, the Ambulance service and the Police and it is believed the fire is now out.

The boat owner and his son have been taken to hospital with burns, which are not believed to be life threatening at this time.

Pictured: It is believed the fire was electrical. (Credit: @SeanySKMA_DNB)

The incident led to the closure of Commercial Buildings and several reported seeing a large cloud of smoke on social media. The road should open within the next hour.

Jersey Fire & Rescue and service said in a post incident was still under investigation.