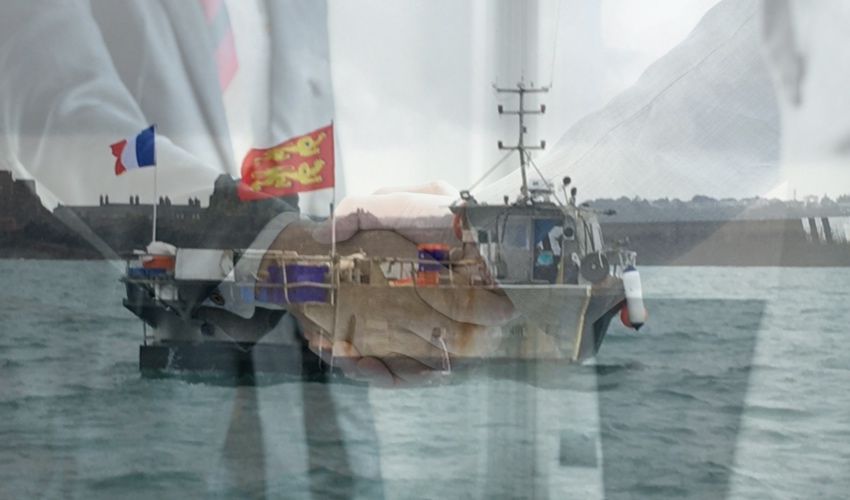 The focus of the fishing dispute - which has thrust Jersey back into the international spotlight – has moved to Brussels today, where senior UK and EU ministers are meeting.

Tensions were high at the beginning of the week, with the French threatening to close ports to British fishermen and bring in extra checks on vessels and goods.

But the pressure alleviated on Monday after French President Emmanuel Macron suspended the retaliatory measures – which the UK and Jersey governments called provocative, disproportionate, and unnecessary.

UK Brexit Minister Lord Frost has now been dispatched to the Continent for talks and the French have now said that its measures have been put on ice until those negotiations – which stretch into next week – have been concluded.

Although there was no breakthrough on the issue of fishing licences, the talks were described as “useful and positive” by the French side.

“All options are still on the table,” Mr Beaune told reporters, adding that “as long as dialogue seems possible … we are giving it a chance.”

Lord Frost is today meeting EU Commission Vice-President Maros Sefcovic, although their agenda will broaden to include the Northern Ireland Protocol, which the UK is calling for it to be reformed.

As there are some partial figures around, and for full transparency, we have today set out in Parliament the full & authoritative data on the state of play on fishing licences granted by the UK, Jersey, and Guernsey this year. https://t.co/yV1vpOdBlJ

The dispute over Northern Ireland is widely regarded to be far more serious than the fishing dispute, both in terms of the number of people it affects and its economic impact, at it is not known how the two issues will be tackled by the two politicians.

When it comes to fishing, both the UK and Jersey have said that their position on licences is clear – that both jurisdictions have accurately applied the terms of the trade agreement reached by the London and Paris last December.

Jersey has issued 113 permanent licences and 49 temporary licences, which run out at the end of January. 55 licences lapsed at the end of October because of a lack of evidence of past fishing activity, as specified in the trade agreement.

Its position has not altered, despite the French claiming that 13 vessels that failed to be issued a licence should be given on because their owners met the trade deal’s requirements using boats that have since been replaced.

Guernsey has taken a different approach, offering temporary licences to all 167 French boats that were able to fish around the island before Brexit, until the end of January. Full licences will be issued to eligible vessels on 1 December and, so far, it has received 58 applications.

The UK says that 98% of all licences have been issued to EU vessels to fish in UK waters. However, France argues that it is entitled to about 200 more fishing licences.

It is the second time this year that Jersey has become the focus of international attention when it comes to fishing: in May, the island made the headlines when a flotilla of French boats protested outside the Harbour after Jersey had first announced its licensing regime following a four-month transitionary period.

Then, French Minister of the Sea Annick Girardin threatened to cut off Jersey's power supply in retaliation.