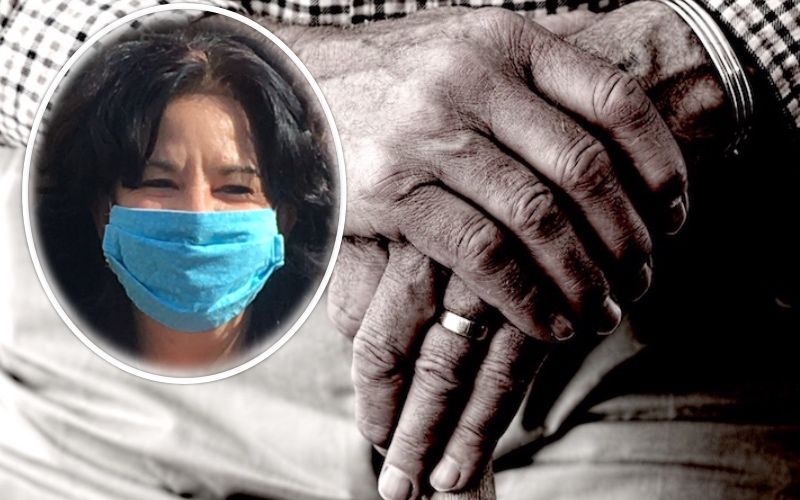 If the dark cloud of covid has a silver lining, it is that the Government understands the complexities of the care sector far better now, according to the head of its representative body.

This week marks one year since the first case of covid-19 was officially recorded in Jersey.

In a series of interviews this week, Express has spoken to islanders about how the virus crisis has changed their outlook...

Reflecting on a year since the island’s first case, Cheryl Kenealy, the Chair of the Jersey Care Federation, praised the island’s leaders for bringing care home and home-care providers around the table at an early stage.

She personally believes that that early involvement, and the Herculean efforts of the sector, stopped the virus running out of control during the first wave.

Twelve months on, Ms Kenealy thinks the island should be proud of its overall response to the pandemic - but that’s not to say that they weren’t significant bumps along the way, some of them still in need of repair.

“One of the most positive things to come out of it all is that the Federation was invited to attend the community ‘bronze’ meetings that took place on a daily basis when covid first arrived,” she said. 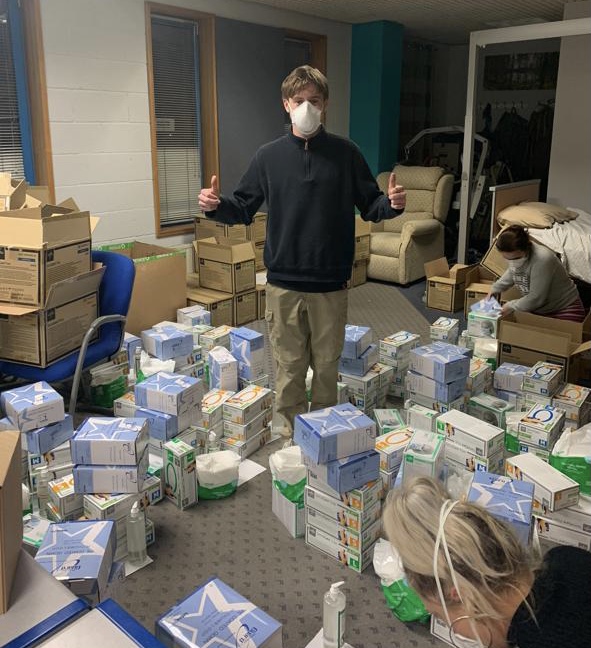 Pictured: When PPE did arrive early on in the pandemic, it needed to be sorted, and Ms Kenealy mustered a small army of volunteers to help, including Charlie Ovenden.

“Previously, the sector was often dictated to by government, whereas now, there remains a lot more consultation and less working in silos.

“Coming to the table was important because there was a huge lack of understanding on behalf of the Government on what services actually took place in the community. For instance, there were ideas that home care could be delivered virtually via an iPad, which clearly it can’t be.

“When we were able to raise our concerns and share what we do, the sector was suddenly seen in a different light. Being part of ‘Bronze’ also meant we could quickly disseminate information down to our members.

“By being able to respond as quickly as we did, I think it was the care sector that really protected the island from a massive outbreak, as what happened in the UK.”

However, there were still significant problems in the early stages of the pandemic, not least with the sourcing and distribution of PPE.

“Once we realised the extent of the crisis, we started calling for PPE, but there wasn’t any,” said Ms Kenealy. “A lot of people will stand behind shields and say ‘we had enough but we had to make sure it was allocated to the right areas’, and that is correct, and I respect that.

“However, the PPE was preserved to keep the Hospital safe, when, in fact, there wasn’t anyone in the Hospital and the care sector was crying out for it.

“Once I had thrown my toys out of the cot, the Government did ask how much PPE we would need and I had it delivered to my offices in town. It looked like a huge amount but it was actually a drop in the ocean compared to what we actually needed.

“I spent a Friday night sorting it, with care home managers filing through the office till the late hours, picking up their supplies. Thankfully, not long after that, we had a significant donation of PPE from a wealthy resident, which allowed us to protect both our clients and staff, and had a significant impact on keeping cases down."

Amid that rush, an announcement added strain to the situation.

“During that time, the Health Minister released a statement, which was incredibly damning and caused bitter feelings, saying that the care sector should have been better prepared and had more PPE in stock," Ms Kenealy recalled.

Pictured: The Health Minister's suggestion that the care sector should have been better prepared with PPE caused "bitter feelings."

“The Government didn’t anticipate the amount of PPE it needed so to say the sector should have been better prepared was an absolute slap in the face. Not all the bridges from that fallout have been repaired yet but I’m hopeful they will be.

“I think one of the lessons to learn from covid is that the Government needs to have a pandemic-supply of PPE in store and ready channels of procurement.”

Ms Kenealy is, however, praising of the PPE Portal that was later set up by the Government in partnership with technology firms. After that, there were no shortages of supplies.

Having to shut down care homes to visitors was particularly difficult for everyone.

“The social isolation for residents was a huge problem,” she said. “The lack of understanding of the virus, coupled with not being able to see relatives, caused tremendous distress.

“What made things more difficult was those clients who had dementia and just didn’t understand. Once things settled down a bit, a lot of homes introduced innovative measures to allow people to visit, such as Perspex screens with gloves built in to hold hands. People became very industrious and came up with some great ideas.” 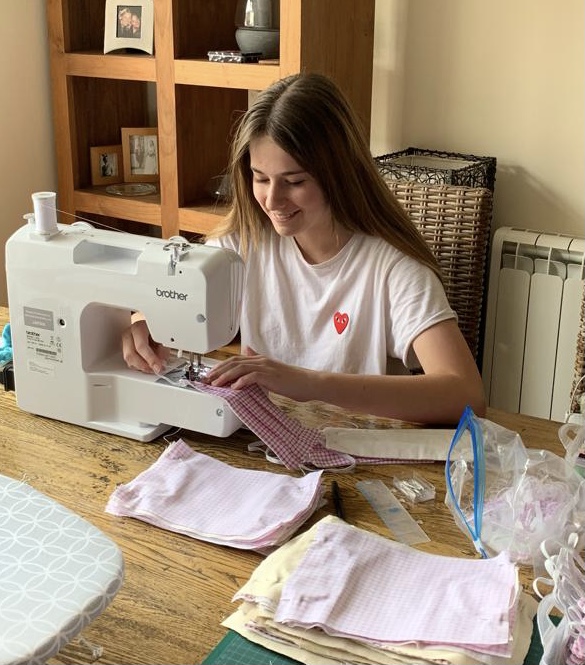 Pictured: Short of supplied PPE, friends and family of Ms Kenealy, including her niece Kayla, help make up the shortfall by making their own.

Although better prepared for the winter return of the virus, the care sector still faced challenges, not least the rise in cases before Christmas.

“We weren’t prepared for the delays in locking things down and the fact that some members of the public just didn’t adhere to the guidelines, which resulted in a negative impact on the care sector because it meant we had to close down earlier, for longer,” said Ms Kenealy.

“From that perspective, had we locked down slightly sooner, we may have had a different outcome.

“Our staff, however, were absolutely wonderful. They understood the risks and as long as they had their PPE, they were willing to take them and look after clients, even when the numbers were soaring.”

“I think we have a fantastic care sector here. The quality of our care home managers is very high and, as a result, we kept the number of cases down.”

Although she believes the Government’s overall response was right, Ms Kenealy has her criticisms. One is that the care sector was excluded from the Co-funded Payroll Scheme, on the basis that it worked through the pandemic. 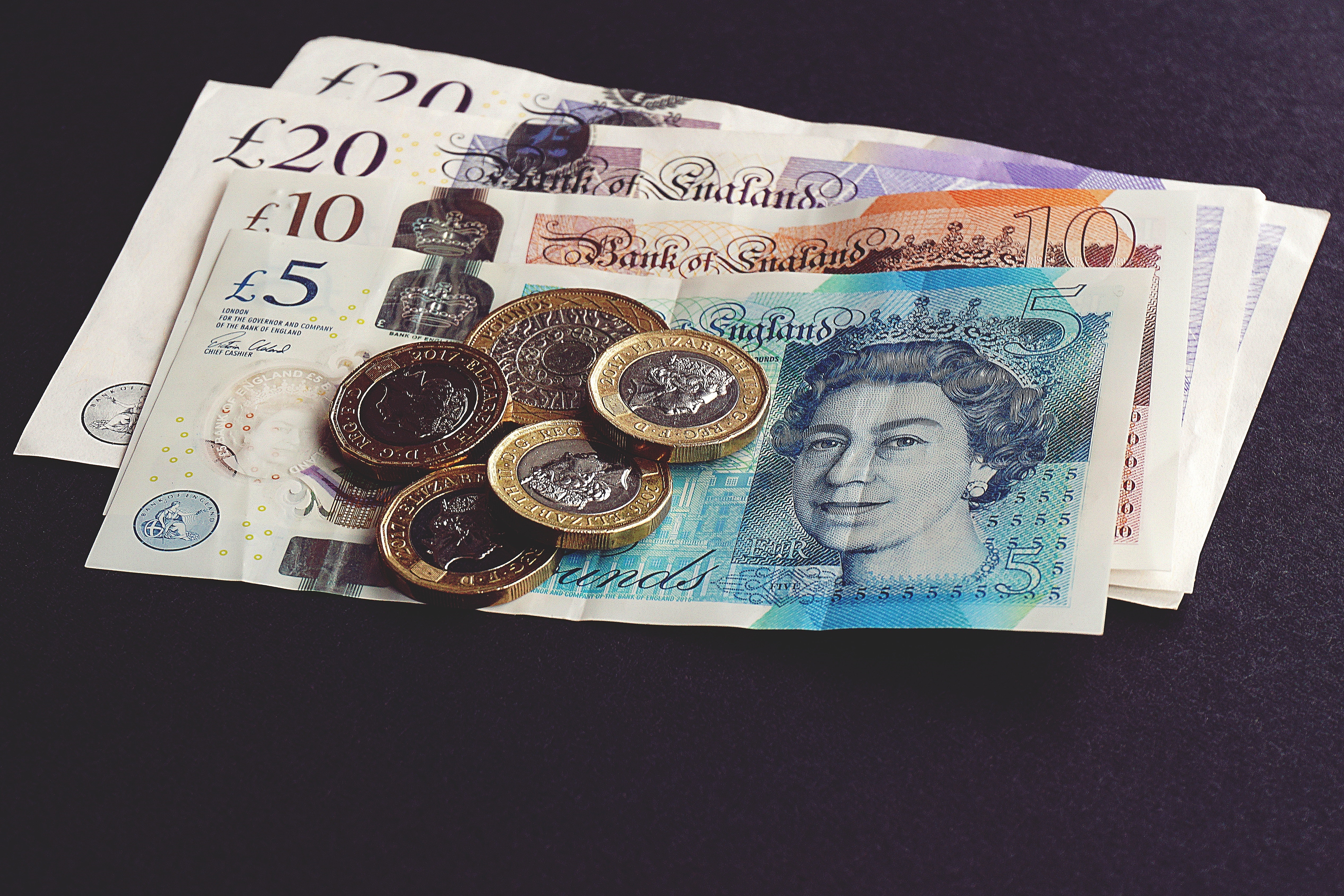 Pictured: The care sector was excluded from the Co-funded Payroll Scheme.

“From a care home perspective, costs went up exponentially because we had reduced staff numbers because they couldn’t move between areas, or they were shielding or isolating. We also had increased costs with cleaning and PPE.

“Not only that, the homes were closed to new admissions. Beds were purchased for positive cases to be transferred to in a particular home, but if you had empty beds when you locked down, those beds remained empty for months.

“Beds weren’t full, which meant income was down at the same time that expenditure was up.

“For the home care sector, people were working from home so they didn’t require the amount of care for their relatives. Also, there was so much fear about the virus that people didn’t want carers coming into homes, so the hours decreased while costs, again, went up.

“We have recovered and got the clients back but the losses of last year were huge, so we should be eligible for retrospective funding. Yes, we didn’t have to pay social security or some of the tax but these payments will have to be made in the future so it is only a sticking plaster.”

However, despite this call for more Government support, Ms Kenealy is keen to end on a positive note.

“Overall, I think we are incredibly fortunate on this island to have so many hardworking, dedicated and intelligent people who were able to make decisions that have really protected islanders. I feel very grateful to be in Jersey and I think we have managed really well.

“Together, we were able to respond, contain and act and, as a result, we haven’t had the hardships, deaths or lockdowns that other places have suffered.”