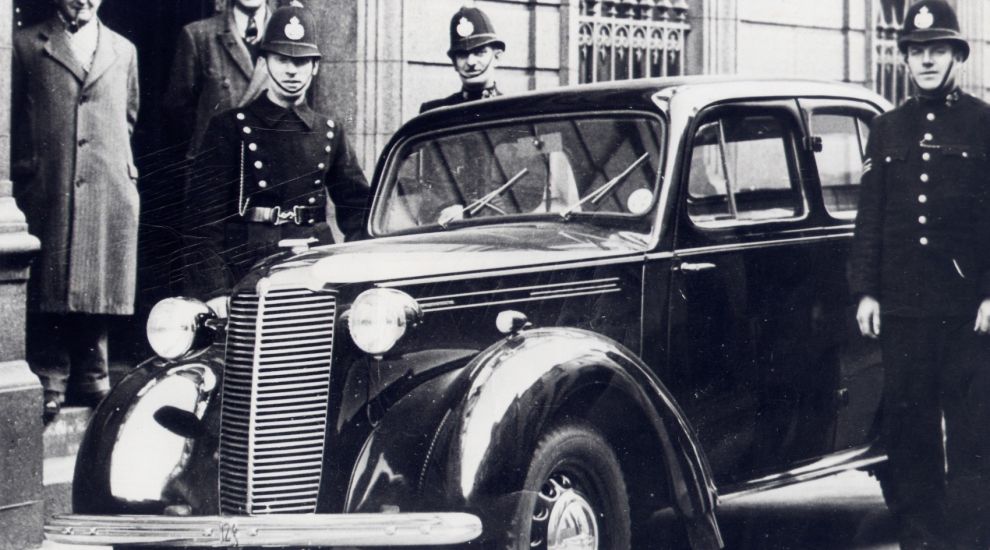 With bank holidays and bunting abounding, few will be unaware that it is 70 years since Elizabeth II was crowned Queen… What many islanders may not realise is that it is also the Platinum Jubilee of Jersey’s official Police force.

Here, we take a look back at the 'paid' Force’s history…

Where did it all begin?

Policing in Jersey goes back centuries, but it wasn’t until 24 May 1952 that the States of Jersey Police as it’s now known, was formed, with just 64 police officers and Henry Le Brocq as their Chief Officer.

The Honorary Police date back to the 15th Century, and up to 1853 policing on the island was their responsibility, but it was decided that a ‘Paid Police’ force should be established in St. Helier to patrol the parish, it wasn’t until some 50 years later that they branched out and began to police the other parishes. 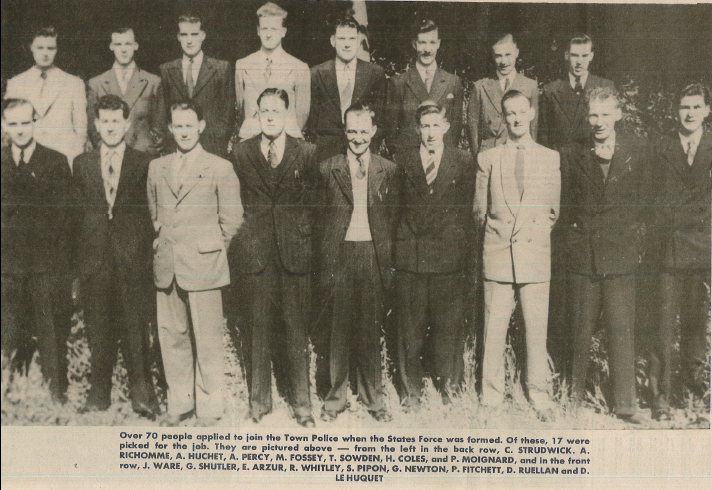 Pictured: More than 70 people applied to join the Police when it was first formed - this was the first crop to be selected. (SOJP)

During the Occupation, auxiliary officers began to work with the paid police and they both patrolled using a car at night and motorcycle during the day.

By 1950, a mobile section had been formed but still remained a Parish organisation until 1952 when the new police force became official on 24 May 1952.

Today, there are 215 police officers and 121 civilian staff.

Officers and staff have, of course, been treated to celebratory cake to commemorate the Police's 70th year, but throughout the year several plans are also in place to mark the occasion. 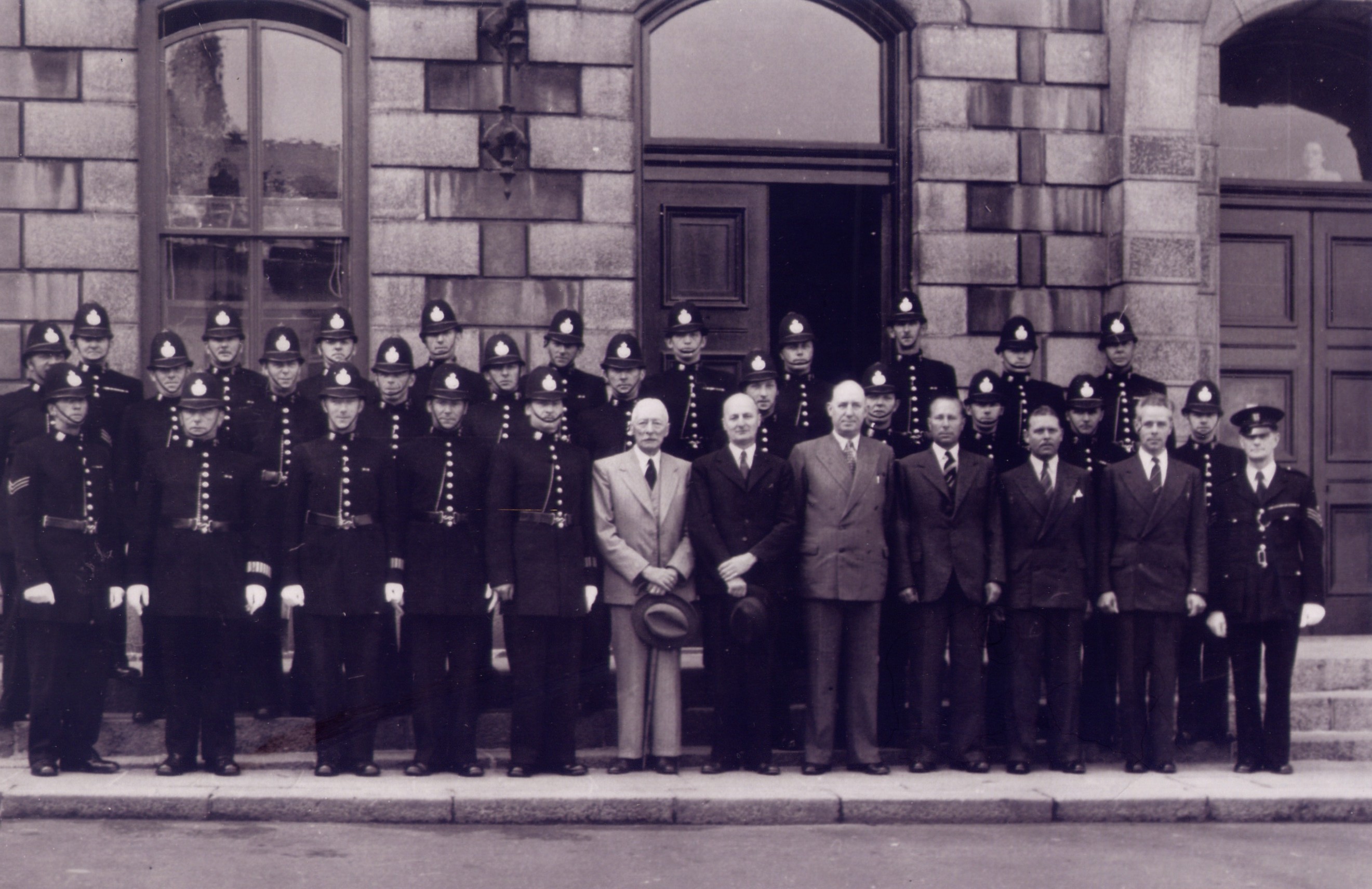 Pictured: The 'Paid Police' posing outside the Royal Court in 1952. (SOJP)

A Force photo to include as many officers and police staff as possible will be taken this month, and a flag designed especially for the 70th year will be flown from Police Headquarters for the remainder of the year.

Officers are also working with Jersey Trees for Life to plant 70 trees later in the year.

On Saturday 14 May, officers and police staff were invited to the Royal Court and presented with medals and coins from the Bailiff of Jersey and the Lieutenant Governor to celebrate Her Majesty the Queen’s Platinum Jubilee.

The Bailiff said he was “delighted” to award the medals, adding: “This is part of a tradition of awarding medals to mark Royal Jubilees and they are a token of thanks to those members of the emergency services, prison services and HM Armed Forces who serve us with such dedication.”

A message from the Chief

“The States of Jersey Police is a community within a community and I am proud to be a part of the team, seeing first-hand how tirelessly the officers and staff work and how dedicated they are to the job,” commented Chief Officer Robin Smith, who has led the Force since January 2020.

He continued: “There’s been enormous change over the years.

"Times are very different in terms of technology - computers, mobile phones, cyber-crime, as well as the complexity of investigations.

“What hasn’t changed is SoJP’s core values. We are, and always will be here to serve and protect islanders. We are, after all, islanders in uniform.”

To coincide with the Force celebrating 70 years in Jersey, and the release of its latest annual report, Express spoke to Police Chief Robin Smith about the challenges of policing Jersey in 2022 in a special podcast interview, which you can find below.

Posted by Scott Mills on Jun 3rd, 2022
They don't beat anymore, nor have done for several years now, so it's not 70 years I'm afraid. They need to do more beats on the street during school holidays especially in town during the long evenings. Sometimes it's like a police specials town during these periods
To place a comment please login Login »