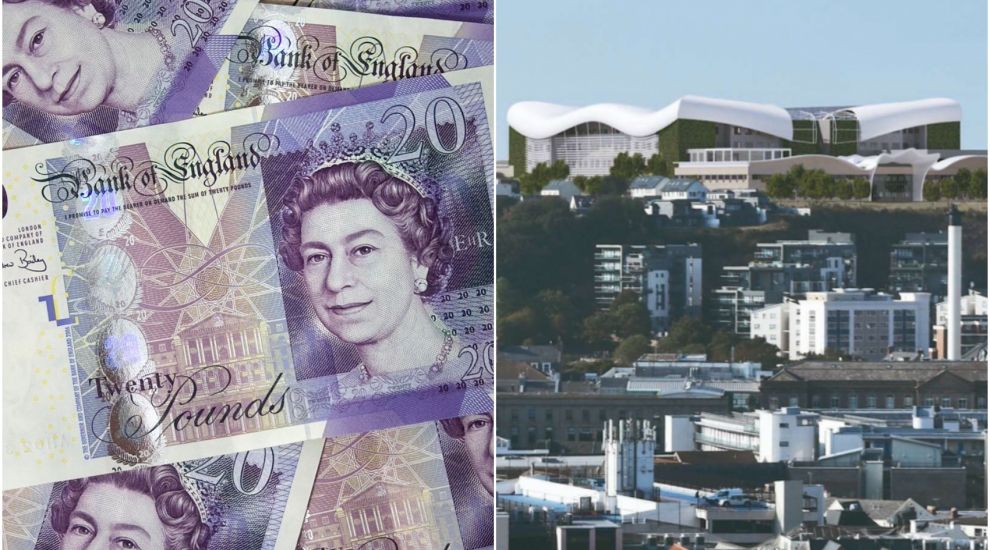 A panel scrutinising the Government's new hospital plans has called for urgent clarification on how its costs were calculated, and more details on how borrowing £756m to pay for it will impact the island.

The Future Hospital Review Panel’s questions on the Outline Business Case for the new hospital were sent to Deputy Chief Minister, Senator Lyndon Farnham, last week, with a response expected by this Friday.

Among the letter's queries are questions on the full impact of the two £400m bonds taken out to pay for it, the 'disparities' between consultant and designer calculations, and the "transparent" comparison with the earlier Strategic Outline Case.

The queries come following a hearing last week, which saw the hospital project's Clinical Director declare any delays to the project as "unacceptable."

He later said to a panel advisor, who was arguing why a baseline comparison on a 'do nothing' approach should have been undertaken, that she was asking him to "put a price on the lives of patients in Jersey."

Professor Ashok Handa's comments were later slammed by a number of politicians, including Future Hospital Review Panel Chair Senator Kristina Moore, who said she was "appalled by the unprofessional threats."

The topic comes up again in the panel's letter, which pushes for an answer on why it was not included, and explains that "the intent of questioning the rationale for not including the [Business As Usual] option is not around reopening this issue, but to address the gaps in Green Book compliance and support the case for change in the [Outline Business Case]." 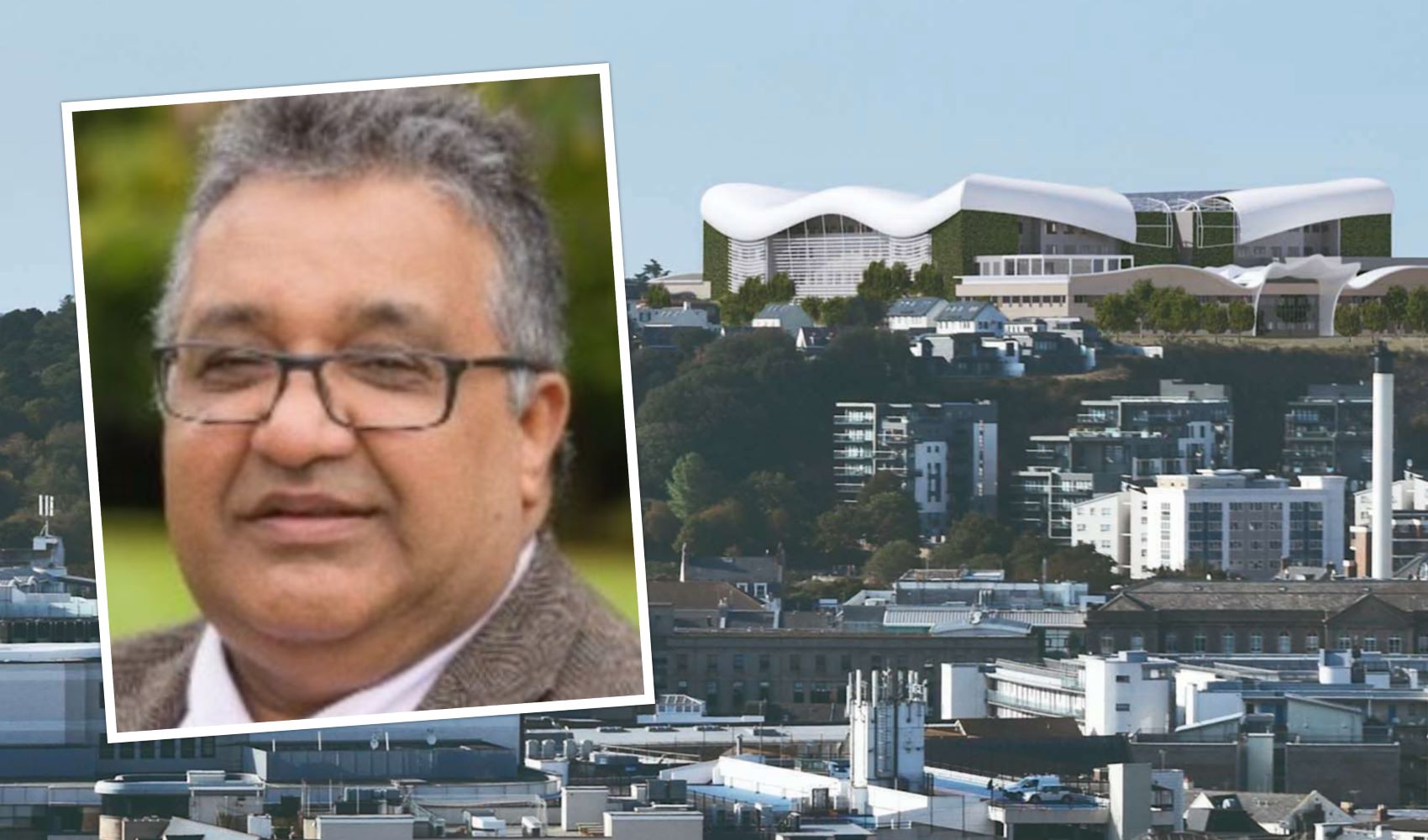 Pictured: Professor Ashok Handa was criticised earlier this week for what were billed as "unprofessional threats."

Looking further into the panel's letter to Senator Farnham, Express breaks down the key questions left over from that meeting that remain to be answered about the new hospital's Outline Business Case....

Where are the figures coming from?

One of the key question areas the panel have asked for clarification on, is on the project's costs. 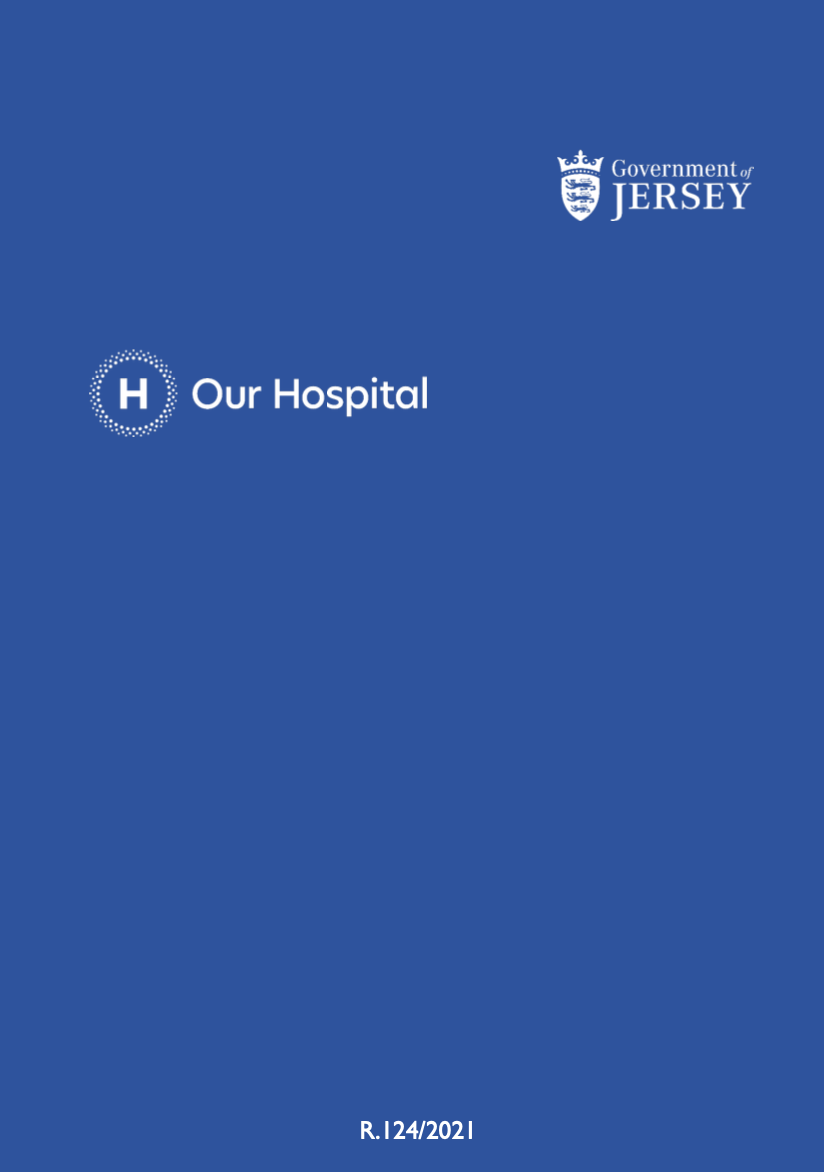 Pictured: The panel's questions are scrutinising the Outline Business Case and funding for the new hospital.

They observed that "future revenue costs have not been fully considered," in the Case, and that it had been "suggested" that this non-inclusion is not compliant with the Green Book principles it was written under.

Furthermore, they asked for the reasons why the 'life cycle cost estimates' for the new build had "increased significantly" since the Strategic Operational Case, even though the building size had only increased by a small amount.

It was also "unclear" to the panel what the costs for decommissioning the current facilities after the transition would be, or if they were included within the costs of the Business Case.

Pictured: Chair of the the Future Hospital Review panel, Senator Kristina Moore, sent the questions on the panel's behalf.

Indeed, on costs overall, the panel referred back to a comment that had been made in 2019 when deciding not to go ahead with a refurbishment of the Gloucester Street site, saying that the best idea would be "a new site, with a build cost that is less."

In the context of the current costs, they asked Ministers: "[what are] the factors that have led to Ministers being able to justify this reversal of outcome to themselves and to the public?"

Why so much risk?

With this in mind, they asked why there was "such a high level" of risk when there had already been work from consultants and design partners on the plans.

What changes were made to the 'Green Book?'

From a regulatory point of view, the Outline Business Case states that it follows the 'UK HM Treasury Green Book 5 Case Business Case Model' in its procedures.

However, Scrutiny pointed out that 'adaptions' were said to have been made to the Green Book to reflect Jersey's situation.

The panel asked for these changes to be "detailed and the rationale for each of them be explained," asking why they were not highlighted in the Business Case itself.

The panel looked at the costs of the design of the hospital too, asking why it needed to include elements such as atriums when they could drive price up and reduce space - adding to this, they enquired whether their removal could result in smaller impact on the island's skyline. 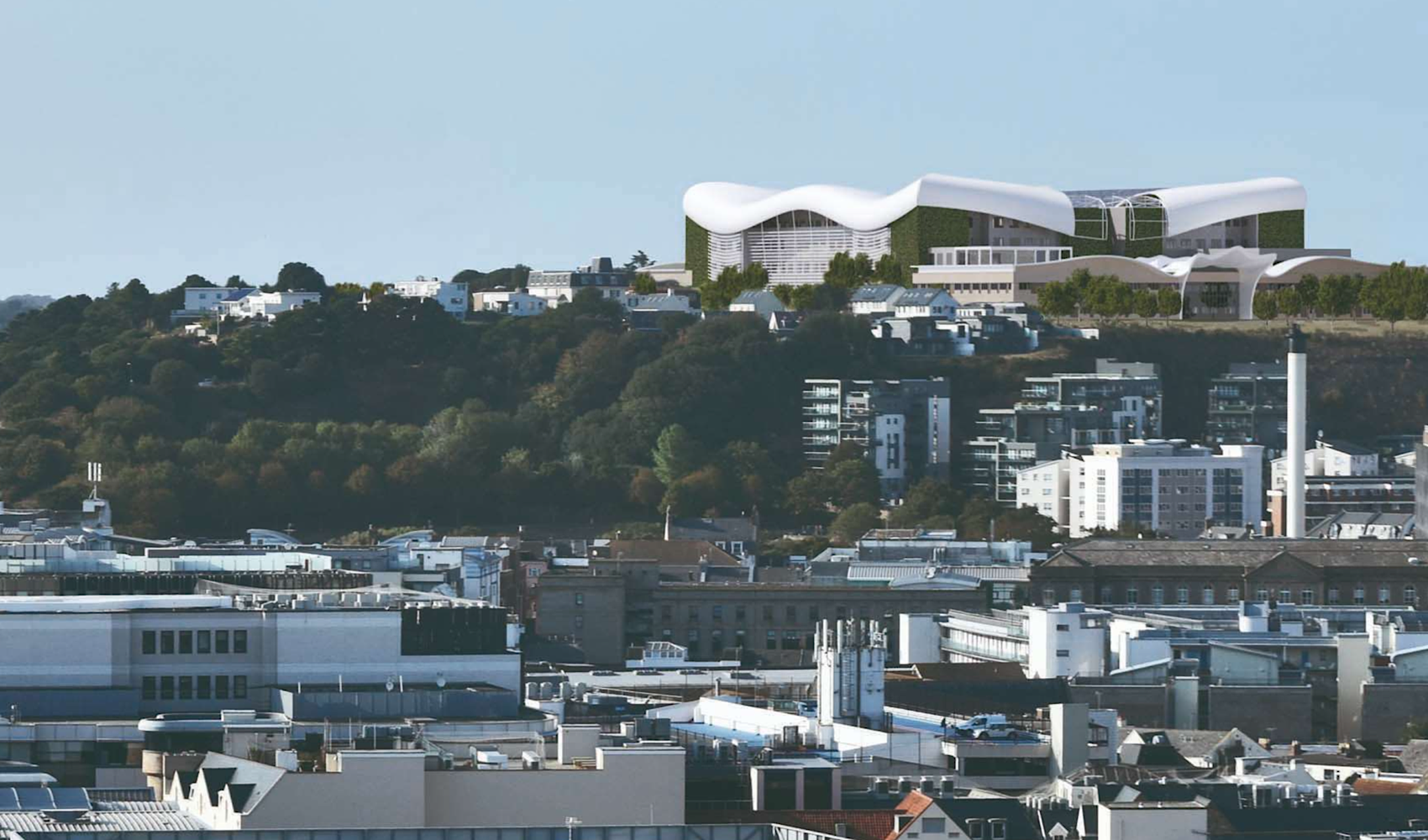 Pictured: The panel questioned whether the atriums in the plan simply took up cost and space.

In terms of scale, they also requested that a 4,282m2 reduction in scale from an earlier design report be clarified, asking for it to be detailed by department, and whether it had been agreed on by those who are to use it.

Where are the comparisons?

The panel requested more comparisons to other projects too, saying it was "not clear why only one option for the scope and size of the new hospital was shortlisted" considering its functional brief was to fit 'any model of care.'

Posted by anthony turmel on Aug 16th, 2021
we want answers to where the money has been spent so far..what for and to who,we do not need a grandiose building on the skyline such as this....truthful answers is all we need,but then again we all live in hope..!
Posted by IanSmith97 on Aug 16th, 2021
I know (1) we own the land, well most of it (2) everything is vastly more expensive in Jersey, why I don’t know, is it greedy contractors and retailers? But why oh why is a 200 bed hospital costing multiple times more than a U.K. hospital with multiple more beds? Something just doesn’t add up. Or are we gold plating and over specifying the hospital (like we do with everything)? We can’t (and shouldn’t) be ‘world class’ at everything, we just want something to well, er, just do the job, like treat sick people.
Posted by Private Individual on Aug 16th, 2021
Well done Senator Moore for doing the due diligence that the hospital team should have done in the first place.
To place a comment please login Login »