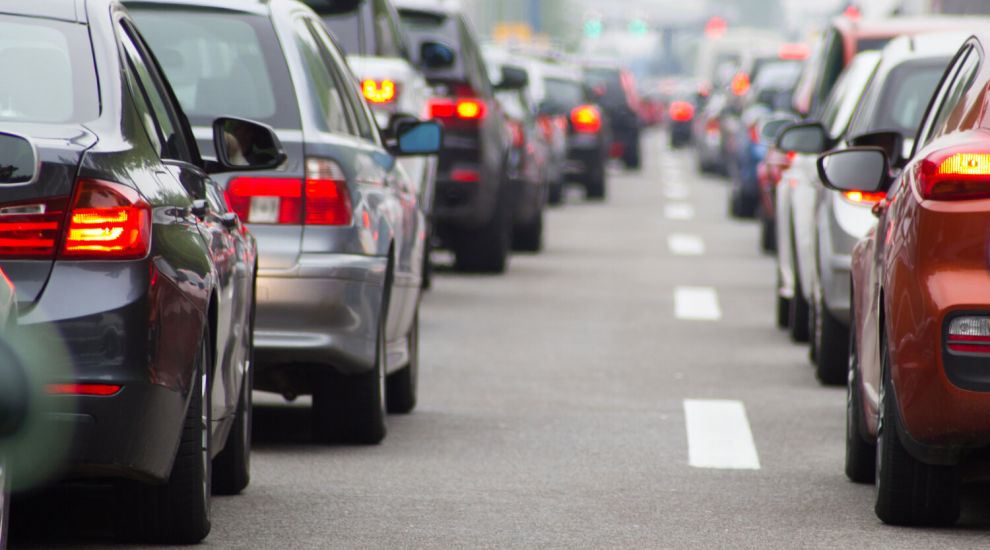 New data has exposed the scale of travel inequality in Jersey – with one in four households in rural parishes owning an average of three or more cars or vans for private use, while one in three homes in St. Helier don’t have access to one at all.

There were 68,219 vehicles owned or used by private households when the census was taken last March – equivalent to 674 cars for every 1,000 islanders.

Pictured: How car ownership has changed over the years. (Statistics Jersey)

Most of these appeared to be concentrated in the island’s most populous parish, St. Helier.

There were 5,309 households in the parish without. All other parishes had less than 1,000 car or van-free homes. 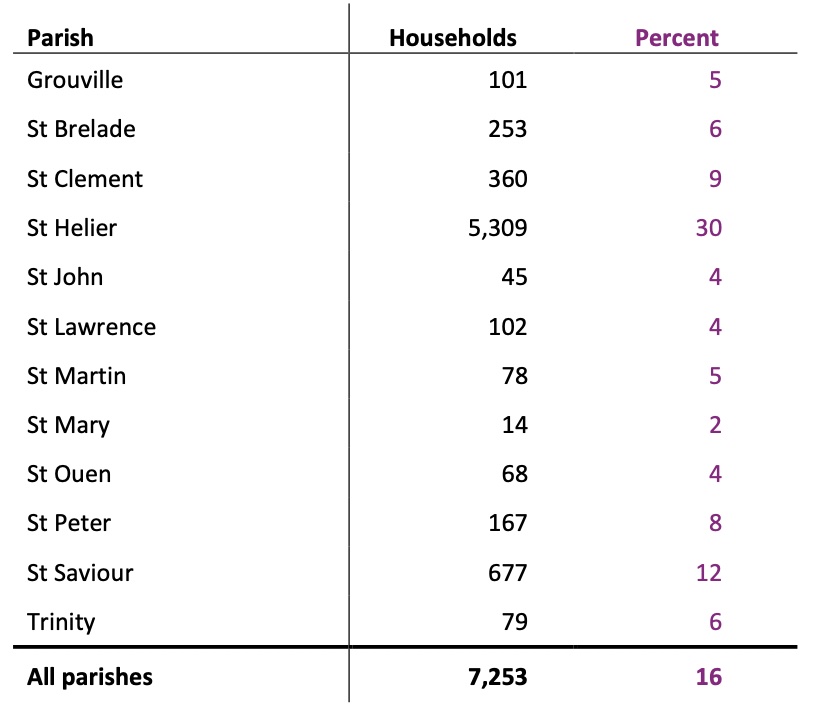 Pictured: The number of households without a car per parish. (Statistics Jersey)

A quarter of people in rural parishes – defined by Statistics Jersey as those outside St. Helier, St. Saviour and St. Clement – had at least three.

Just over 1,000 of the homes without cars were families with children.

The island is currently working towards carbon neutrality, after the States Assembly formally declared a ‘climate emergency’ in 2019.

As a result, the Government has been tasked with bringing forward a sustainable transport strategy, enhancing access across the island, and promoting greener forms of travel.

Despite this, census data showed that commuter habits were “essentially unchanged since 2011”.

The proportion of commuters travelling alone in a car to work each day remained at two in five.

Nearly a quarter said that they walked to work, fewer than one in 20 used the bus and a similar proportion cycled.

St. Clement had the highest proportion of workers (7%) who used the bus to travel, while Trinity, St. Mary and St. Ouen had the lowest (2%).

A drive for solutions

EVie Director Gavin Breeze told Express that his company hopes to be able to provide a green solution to transport inequality locally.

The company, which currently has a fleet of 20 electric cars available for hire, recently signed a deal with Andium Homes. Under the deal, EVie vehicles will be parked in Andium spaces and residents offered a 20% discount on using them until spring.

Mr Breeze said he hopes this will benefit those who “wouldn’t otherwise be able to afford” a vehicle of their own, given the high price of purchasing a car, and particularly EVs, whose prices are expected to remain high until the technology becomes ubiquitous. 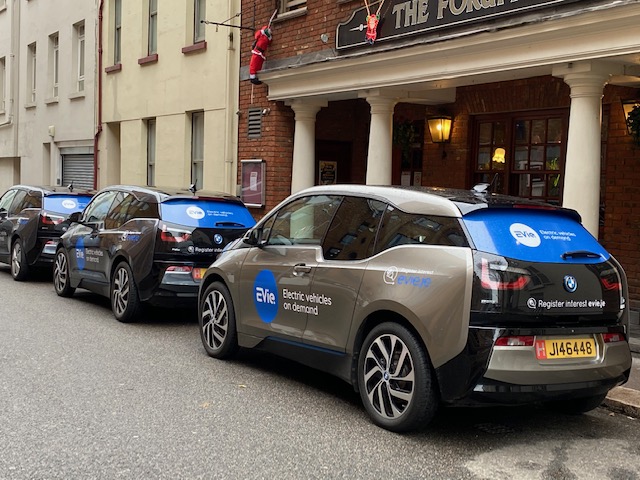 Pictured: EVie is hoping to expand its fleet of electric cars.

The discount will be absorbed by EVie, rather than being funded by Andium or Government, “hopefully another sign we’re trying to do good by the island.”

Mr Breeze says he hopes the gesture will go a some way towards starting the process of “behaviour change” in islanders – however, to truly change habits, the fleet needs to expand to ensure cars are available wherever and whenever islanders need them.

Funding will be needed to make this a reality, however.

Mr Breeze said he is open as to where that might come from - whether Government, ALOs or another solution. While it is early days for the new Ministerial crop, Mr Breeze says he is optimistic that EVie stands a “good chance of trying to make a change” with the new government.

The full census data on transport can be read here.

Posted by SimonBevens28 on Jul 31st, 2022
I live in St Helier and I don't have a car. I think 'travel inequality' is nonsense - all the busses come and go from here, so we have the best transport links. We walk to work, walk to shops, walk to the beach.
If I really need to pick something up, I could use EVie (well done btw) or get a lift and shift type to do the heavy lifting. No car? Don't need one!
To place a comment please login Login »

FOCUS: How is Jersey keeping pace with electric car demand?