FOCUS: “My vision is to create a new community” 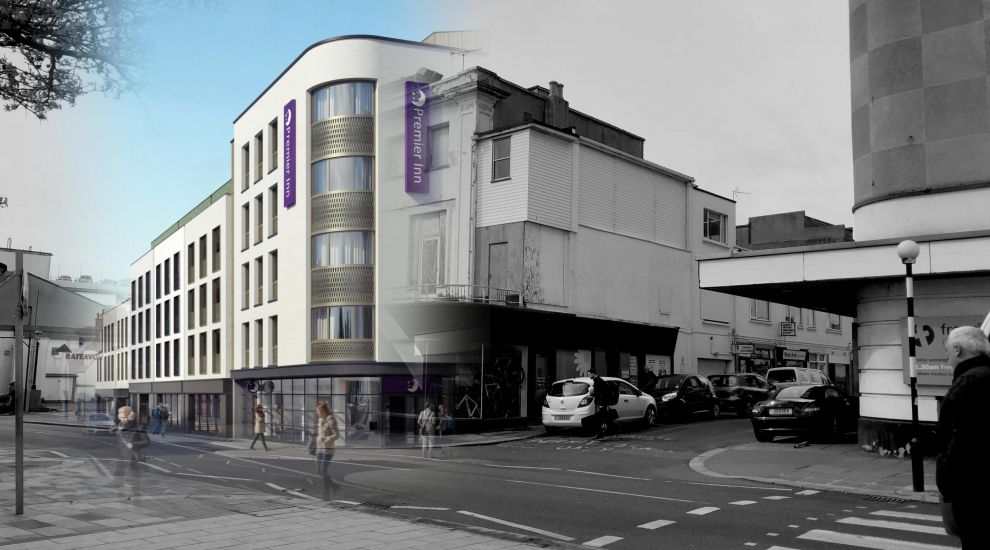 FOCUS: “My vision is to create a new community”

The developer leading the project to develop a £70million hotel and housing complex to revive a “forgotten” area of town says his vision is to create a “new community”… But what will making that vision a reality really mean?

According to developers Le Masurier, it’s a two-acre project with “tourism, regeneration, housing, employment and leisure” at its heart.

Express delved into the detail…

What exactly does the development entail?

The anchor of the project, according to Le Masurier Managing Director Brian McCarthy, will be the island’s second Premier Inn hotel, which will include 122 rooms and an in-house restaurant designed to serve guests breakfast and light evening meals.

Video: Express checked out the state of the site now, and compared it with how it could look in future, if the Planning application is successful...

Next door will be a complex of 145 one and two-bedroom apartments, with owners able to benefit from parking and access to their own private green space.

The lower floor will be taken over by an Asian-themed bar and restaurant, run by local pub chain Randalls.

Le Masurier have also promised acesss and aesthetic improvements to the area, through the creation of a new pedestrian street for St. Helier connecting the library and central market with the town park, al fresco dining spots, wider pavements and more green space. 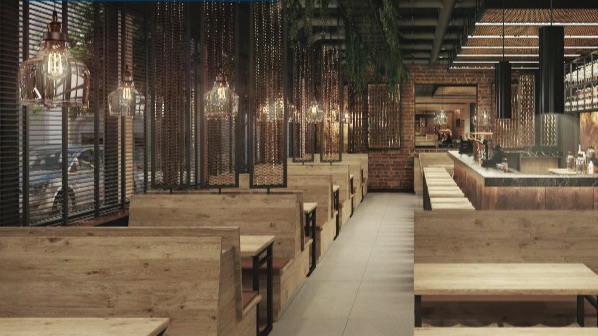 Pictured: The development would include an Asian-themed restaurant run by Randalls.

Why are they doing it?

Mr McCarthy said that the plans largely came in response to growing housing pressures – recent reports suggest that 7,000 new homes will be needed by 2030 – and challenges for the tourism sector.

He explained that Le Masurier, which has been in possession of the land for over a decade, had for a long time envisioned transforming the dilapidated north of town area, but that seeing the success of Jersey’s first Premier Inn in transforming the Charing Cross area was a key “catalyst”. 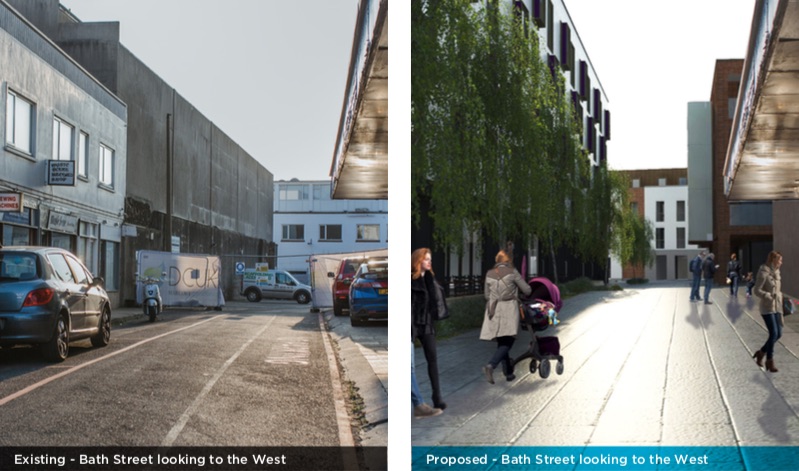 Pictured: The planned walk-through to the library.

However, Mr McCarthy said that the plans also aimed to achieve the wider objective of “bringing to life” various areas of town, making the Central Market “central again” and driving footfall to retailers, who have complained of difficulties attracting customers as increasing numbers go online, by improving the accessibility and attractiveness of town.

He added that it should also serve a social purpose: “The whole area’s going to be a lot more vibrant. You can picture the alfresco outside the Premier Inn, a coffee shop, retail, the new bar… My vision is to create a community here. A new village in town, basically.”

How will this help tourism and the economy?

It is estimated that the 122 bedrooms will deliver an additional 40,000 overnight stays per year, generating visitor spends of £1.6million per year in the local economy.

Pictured: The new Premier Inn would be expected to create over 30 jobs, Jacqui Allum said.

Jacqui Allum, Head of Estate Development at Whitbread, which owns the Premier Inn, told Expressthat it was part of Premier Inn’s ethos to build in areas where they can “do good in communities”.

She added that the group have a commitment to targeting local unemployed residents, offering them full training in-house and a pathway to leadership.

“We pride ourselves in recruiting local people that don’t need to have any experience – we train everything and we have people that started as pot washers sitting in our boardroom, so it’s opportunities for all really.” 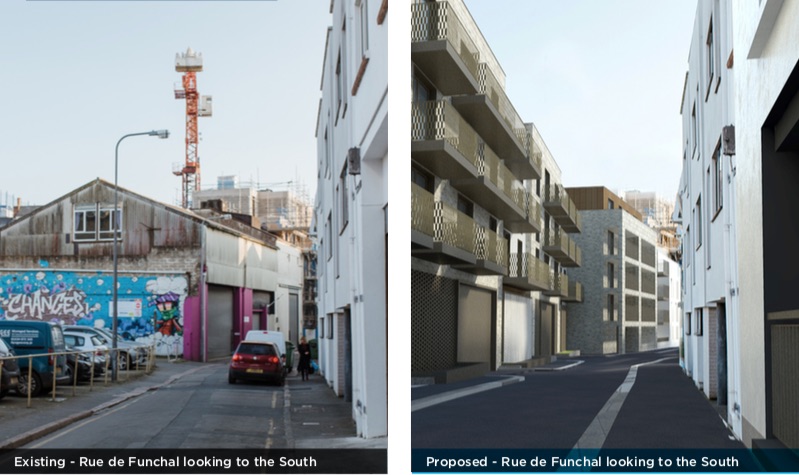 Mrs Allum added that the current Premier Inn had “outperformed all expectations”, and had not taken away from local independent hotels and B&Bs, but “provided something different”, with most visitors booking directly through their website.

Tell me more about the housing…

“We’re targeting first-time buyers, or maybe parents buying for their kids. That’s important for us because we want to see youngsters getting on the housing ladder,” Mr McCarthy told Express.

To achieve that end, he said that 60% of the homes would be two-bed apartments – one of the most in-demand types of housing, according to a recent report – and that each unit would be as “affordable”. 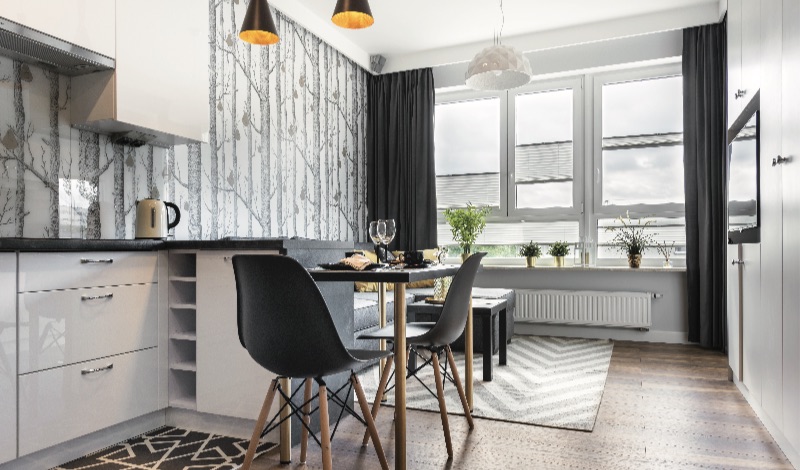 Pictured: Mr McCarthy said that the homes would be "affordable" in comparison to most central town developments.

“In terms of town-centre accommodation, we’re not going to be over the £300k more for a one-bed apartment. It’s going to be significantly less than that,” he pledged.

The developer added that green thinking would be incorporated into the designs with features such as rainwater harvesting, while also noting that the site in question is a brownfield site – thereby alleviating some of the need to consider building in the countryside.

So how much will this cost the taxpayer?

Nothing. The investment is entirely private - £70million from Le Masurier alone.

What happens to the businesses already there?

The site is currently home to a number of local businesses, including the Cog and Sprocket, and bars owned by Randalls. 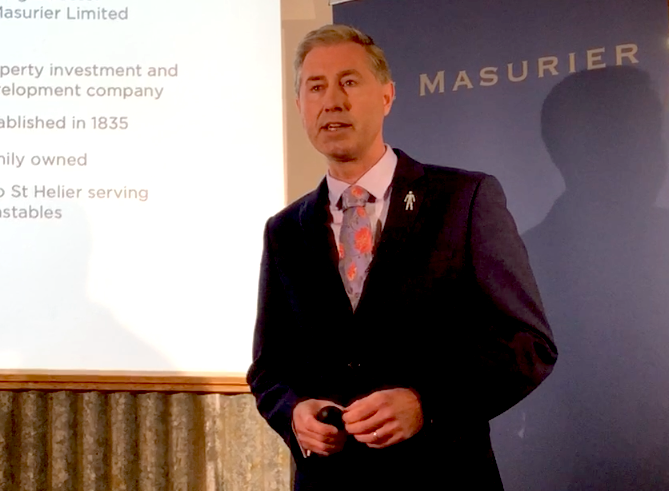 Randalls will be taking on responsibility for the new eaterie, while Mr McCarthy said that many other businesses had been notified of the development. “In fact, some of the tenants we’re actually rehousing in other properties we own in St. Helier,” he noted.

Who is supporting the project?

The plans have only just been announced, but Mr McCarthy said the plans had been warmly received by businesses based in Halkett Place that he said would “see a massive benefit because there’ll be more footfall and traffic”.

Many States Members have previously expressed support for regenerating the North of Town. Among the more vocal of those was St. Helier Constable Simon Crowcroft, who said the proposals “deliver on so many areas in terms of making St. Helier a more attractive place for residents”. 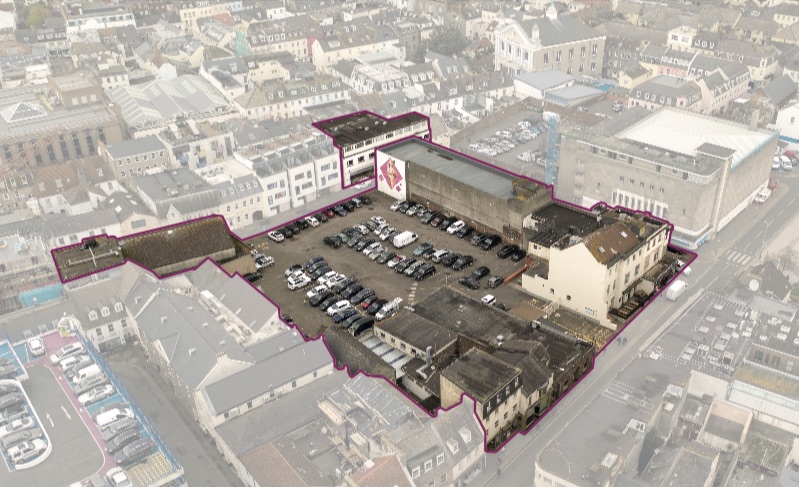 He explained: “It is an excellent offer to add to the offer of accommodation that we’re getting and the pedestrian and landscape improvements… It’s very important because we want people to get to and fro around town easily and safely and without being on busy roads. This gives people the opportunity to get into the town centre from a town park and this vast residential area in the North of town without going down Bath Street, which, in its current form, is not a particularly enjoyable experience for the pedestrian or the cyclist.

“That will change when the new Town Masterplan happens, but that has already been extensively delayed by the States and there is currently no funding for a North of Town Masterplan, so we’re actually very lucky as a government that the private sector is investing in the area.”

How likely are the plans to gain approval from Planning?

Hard to say. If you’re having déjà-vu, that’s because Le Masurier previously tried to bring similar plans for a ‘Parkside Village’ in the area, but ultimately pulled the idea amid what they described as indecision and U-turns from Planning. 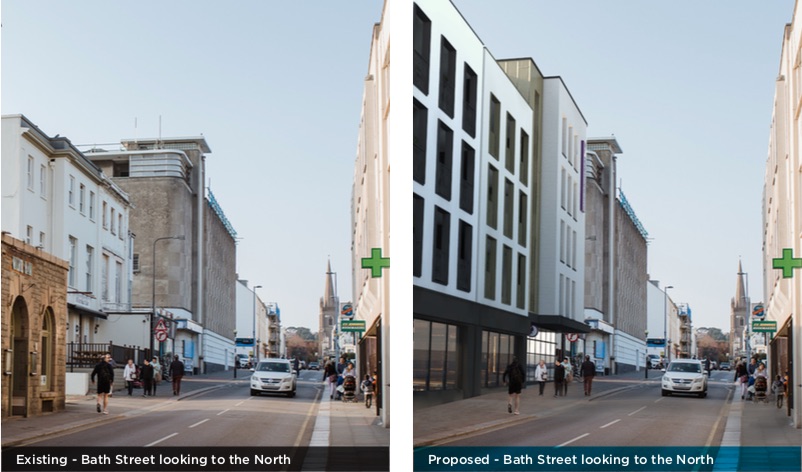 Pictured: Improvements to Bath Street will include wider pavements, if the developments are approved.

This time, however, Mr McCarthy says he’s more confident things will go in their favour. “I think we’re in a different place now. We’ve had support from politicians and civil servants encouraging us to be positive and get on with something – I’m delighted that’s where we are now.”

Where can I see the plans?

They’ll be on view at the Freedom Centre next Tuesday and Wednesday.