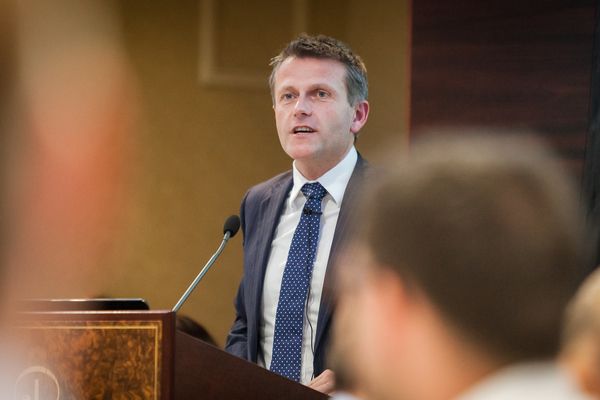 Today the States' spending watchdog has unveiled a deeply critical report into the running of the £5million Jersey Innovation Fund which was set up in 2013 to stimulate the economy after the recession.

The proposal setting it up was brought to the States by the then Minister for Treasury and Resources, Senator Philip Ozouf, in a 40 page document setting out how it would be run, giving sample business case templates, and providing examples of where similar funds had worked elsewhere in the world. It was agreed by 41 votes to 1, with just Deputy Geoff Southern voting against it.

The Fund was a key part of the Economic Growth and Diversification Strategy (EGDS) which had been agreed by the States the year before:

"The key objective of the (EGDS) as approved by the States...is to deliver growth, improve competitiveness, diversify the local economy and create employment. To achieve this, a key strategic aim is to encourage innovation and improve Jersey’s international competitiveness.

"In order to achieve this strategic aim, an identified priority is to establish the Jersey Innovation Fund. The aim of the Fund is to support innovation, and it will be available to support a wide range of activity, from direct business support to strategic infrastructure investments, in the private, public and third sectors. The one consistent factor of proposals that will merit support will be that they improve the rate of innovation in Jersey and lead to significant employment creation."

The Fund was set up with a Board made up of a Chairman and representatives of the private sector, as well as the Chief Officer of the Economic Development Department (who had no voting rights), and members of the Treasury and the Economic Advisory Unit.

But despite having that Board, the initial plan was for only the Minister of Economic Development to have the authority to sign off each funding agreement - in 2015 this power was switched to the Assistant Chief Minister with responsibility for innovation - Senator Philip Ozouf.

The original proposal acknowledged that some loans would fail, but crucially, it promised that a robust structure would be in place for assessing the applications, and managing risk:

"Economic Development have identified that due to the nature of the new and innovative businesses being supported, not all “investments” will be successful, and there will be failures which may result in loans not being repaid or objectives not being met. This will be a reality and runs counter to the normal inherent “risk averse” nature of public finance accountability.

"Therefore a level of “failure” will need to be accepted by the States and be balanced against the positive benefits that the Jersey Innovation Fund is seeking to achieve. To minimise the risk of failure, it is essential that the framework for assessing applications to the Fund, as set out by EDD, must be rigorously applied and adhered to, along with robust ongoing monitoring of performance and risk."

Those anticipated problems began to emerge last year, when a loan to a software development company called Logfiller ran into problems - that company later went into liquidation, leading to today's report into the management of the Fund.

At the time the Fund was staunchly defended by Senator Philip Ozouf in both States Assembly meetings and scrutiny panel hearings. He said:

"There will be some successes and there will be some failures. If you keep in mind that £5 million, a write off of about £2.5 million would be about expected, that makes for good headlines, that does not mean that the Innovation Fund has been a failure."

“We have spoken about this assembly being a blame game place and my goodness this is a good example of it. I am not playing the blame game, I am going to continue to serve the people of Jersey.

“We revel in failure in this assembly. One company, which had a very, very good idea, otherwise it couldn’t have got past the board, actually failed.

“We knew some companies under the Jersey Innovation Find would fail and this has failed. Members are now revelling in the prospect of that failure. All they want to do is point score and blame names.

“I know there is a salacious desire for members to hold people to account for the failure of an innovation fund.”

Ahead of the publication of the report yesterday, the key politicians involved were already positioning themselves for the likely fall-out.

Senator Ozouf tweeted that he was looking forward to the report's publication, suggested it was the performance of States officials which should be focussed on, and that he had already decided to close the fund:

2/2 Not seen report but expect it to confirm major concerns I have had about operation of the Fund, which I instructed should be close

But today's report from the Comptroller and Auditor General is sure to be the beginning of intense pressure on Senator Ozouf and his fellow Ministers in the States Assembly, once the Island's politicians meet for the first time in 2017, next week.

Her report makes damning reading, setting out a long list of problems with the Fund's management and the position of public money which had been given out: 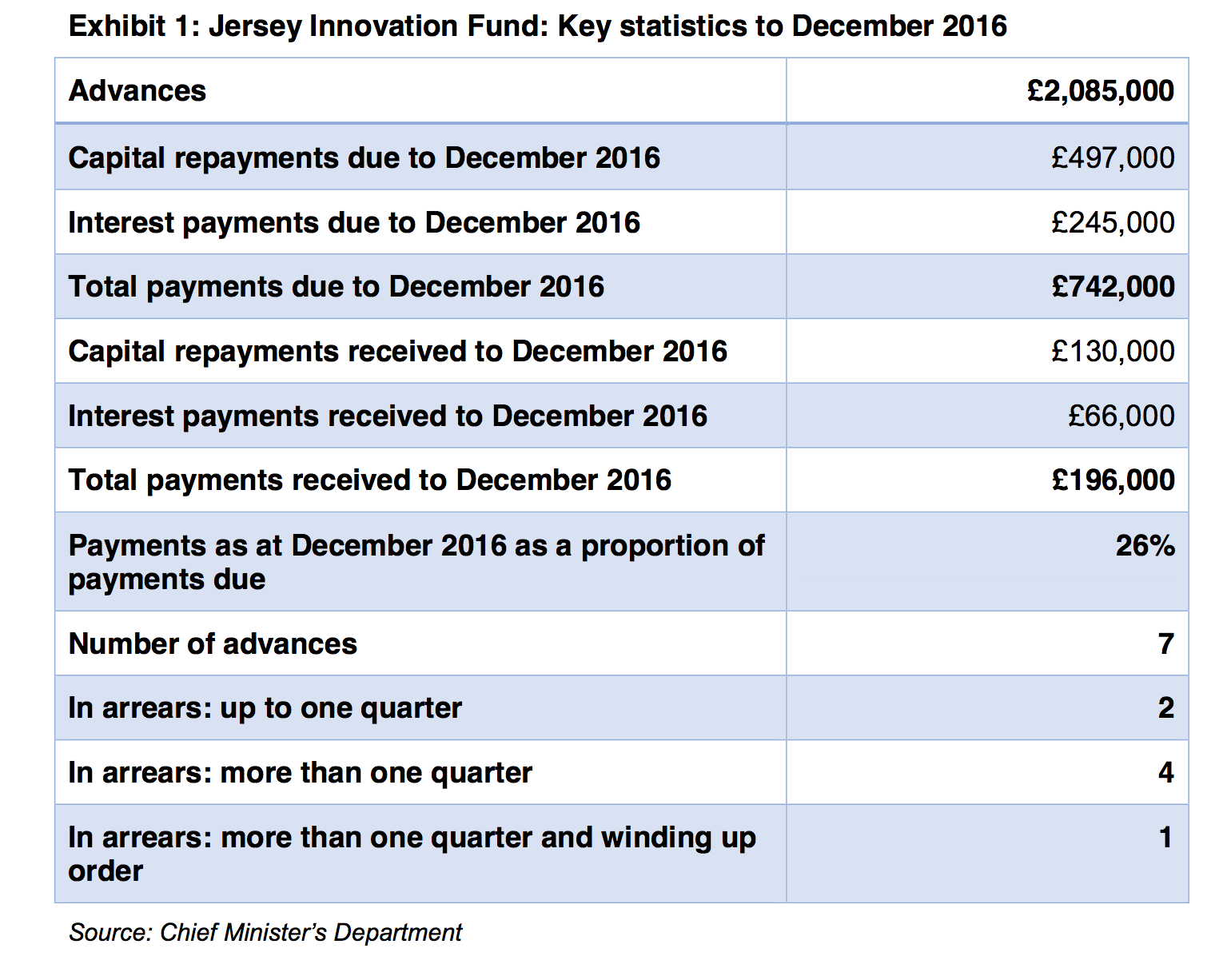 It's emerged there is just under £1.4million of taxpayers' money which is at risk, although the Comptroller and Auditor General makes the point that some of this may be recovered.

Posted by Jeff McGarry on Jan 12th, 2017
Interesting that there is no mention of how much each of the board members were paid for their good work!

Not to mention just how funny it is to see Mr Ozouf distance himself from the fund he introduced and for which he was responsible!
Posted by Harry Helier on Jan 12th, 2017
The list of businesses 'loaned' our money is laughable. Even Dragons Den is more diligent when is comes to investing.
Posted by The old git Git on Jan 12th, 2017
You're right Harry the difference is Dragons Den use their "OWN" money.
To place a comment please login Login »

A ministerial return for Senator Ozouf?