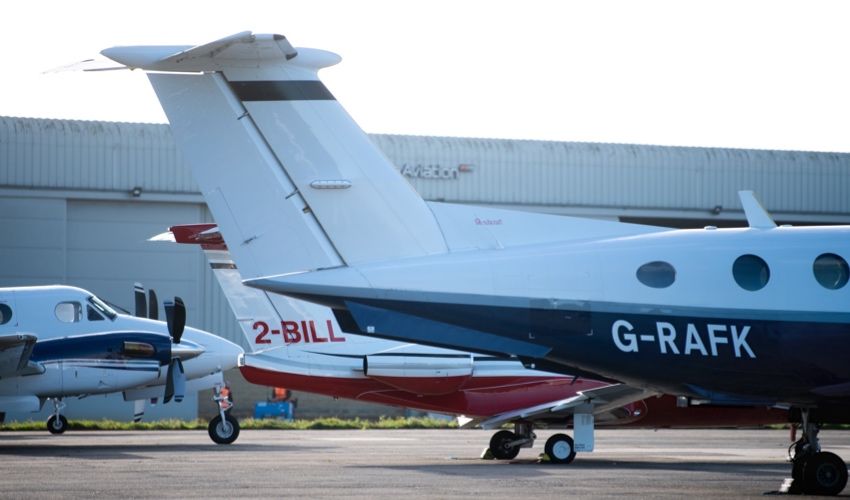 As the Government commits to work closer with Guernsey – this week seeking to update its spending plans to put pan-island cooperation at the centre of its thinking – it is worth reminding ourselves that a lack of collaboration can be both embarrassing and costly.

The ‘rise’ and fall of the Jersey Aircraft Registry – which was shut down last month after costing £1.2m to set up and run but only bringing in £27,000 – will remain an example of how not to do conduct neighbourly relations.

But what exactly went wrong and can we learn from our mistakes?

The decision to set up a registry was taken by then Economic Development Minister Alan Maclean in September 2013.

The JAR was finally launched in the Island in November 2015 to attract registration of high-value private and corporate aircraft.

Despite the marketing and promotional efforts, and being heralded as “a fantastic opportunity” by the next Economic Development Minister, Lyndon Farnham, the response was rather less than fantastic.

While the States had hoped for 12 sign-ups per year and potential annual revenues of £20m, the JAR only attracted two aircraft initially and in March 2017, then Assistant Economic Development Minister Murray Norton suspended all marketing expenditure and commissioned a review to breathe new life into the lacklustre registry.

With one aircraft taking flight, the JAR suffered another setback later that year after the ownership of its technical partner, Avisa, changed hands and then stopped trading, leading to the forced grounding of the JAR’s only remaining aircraft. 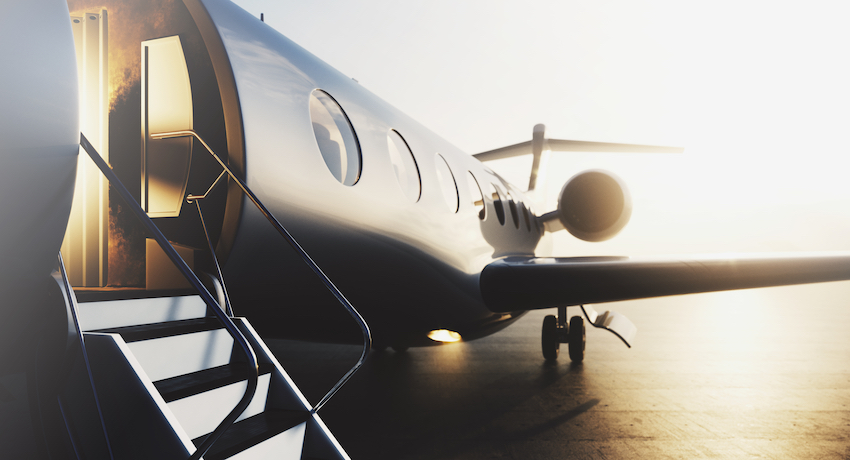 Ports of Jersey took over in April 2018 as part of a five-year deal with the Government, with the hope that the incorporated company’s success in growing its ships’ register could be replicated in the air.

Grilled in the States Assembly at the time over the previous registry’s pitfalls – with then-Senator Philip Ozouf branding it a “laughing stock” - Deputy Norton agreed  that it had been a “failure”, claiming that the issue had centred on not securing a joint deal with Guernsey, who set up their own, more successful registry.

That represents a return on investment of -97%.

With the company taken on by Ports in 2019 to run the registry pulling out last year, final attempts at resuscitation proving fruitless, and the Airport and its regulator preparing for various audits, the decision was taken last month to shut it down.

With it, the first and last aircraft on its books, a Cessna jet, was deregistered and a difficult chapter in Jersey’s aviation history came to a close.

Economic Development Minister Kirsten Morel said: “My decision has been based on JAR’s commercial underperformance, which does not represent value for Jersey taxpayers, and because additional investment would be needed to enhance its regulatory compliance, if it were to continue.”

So, what went wrong? Express asked three people who kept a close eye on developments for their thoughts and observations. 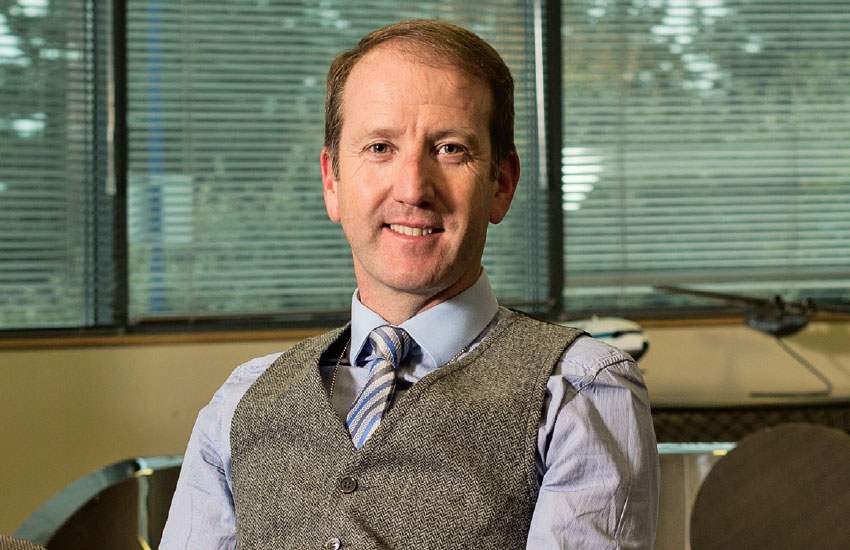 Pictured: Captain Lee McConnell: "When the detail of how aircraft would come on to the registry was decided, things started to unravel".

Captain Lee McConnell is a co-founder and director of aircraft charter and management company Ortac. He has previously advised ministers and Ports of Jersey on aviation matters, and gave evidence to a Scrutiny Panel reviewing the plan to set up a registry in 2012.

He said: “The whole concept at the beginning was a Channel Islands Aircraft Registry. The reason was that we already had a pan-island Director of Civil Aviation in situ across the islands and a common aviation law was in place.

“The idea was that money would be saved by having one regulator in place to oversee both islands and one aviation policy and legal framework, avoiding duplication in costs and regulatory burdens.

“To differentiate the islands, however, there was a plan to have a separate Jersey and Guernsey aircraft registration prefix but, in essence, it was a Channel Island one-stop shop.

“However, when the detail of how aircraft would come on to the registry was decided, things started to unravel.

“Jersey insisted that aircraft choosing the Jersey prefix would have to use a Jersey company to own the asset, but that showed a lack of understanding of how people and companies structure their aircraft ownership.

“In fact, it is commonplace to find ownership of an aircraft in different jurisdictions to where aircraft is actually registered; the ownership company is not intrinsically linked - for example, a Bermuda-owned plane might be registered on an American registry.”

He added: “There was also the issue of who would run the registry and while discussions went on about its structure, Guernsey decided to move quicker and tender for a ‘technical service provider’.

“They appointed SGI Aviation, who led a restructure of the polices underpinning the aircraft registry to make it fit for purpose.

“Jersey, on the other hand, decided to keep the management in-house and appointed a civil servant to run it. The Government then had to pay outside consultants at great cost, ignoring the skills available locally.

“Guernsey had the law and it had the technical service provider; the Jersey law, on the other hand, was incomplete and not able to take on more aircraft.

“We at Ortac lobbied hard to get the JAR established because we had lots of clients who were keen sign up.

“It was supposed to have cascading benefits for financial services firms and offer growth in aviation sector jobs locally, but it never had the right legal framework in place, scuppering our chances of having a homegrown Jersey business with an Aircraft Operators’ Certificate.

“We could not get that AOC through the JAR so we had to go to Guernsey instead. We are a proud Jersey company with a 2-Reg [Guernsey] AOC certificate, as a business, we achieved pan-island co-operation in aviation and now regard ourselves as an authentic Channel Islands business growing aviation sector jobs for the benefit of locals.

“The JAR stayed with the Government for a few years. We tried to publicise it at aviation events but people weren’t interested. Also, it was confusing for them because they associated the Channel Islands with the 2-REG registry and some couldn’t tell the difference between Jersey and Guernsey.

“This confusion was damaging for Guernsey, who were becoming a more serious registry.”

“It got to a point where Ports of Jersey tendered for a technical service provider in 2018 and Trustflight was appointed. They were an IT specialist who aimed to digitise the registry with a unique USP but the law was still not fit for purpose, among other reasons, so the relationship did not last long.

“With Trustflight leaving, Ports of Jersey had to unfairly pick up the pieces and the contract defaulted to them, but they still didn’t have the internal expertise or the framework to make it work.

“People also liked the 2-REG prefix but Jersey’s ‘ZJ’ prefix did not have the same appeal.

"Guernsey’s user-friendly framework made it easier for lease aircraft, as well as AOCs and those with private operator certificates.

"The Jersey registry was underperforming from its opening and causing reputational damage to Jersey’s other well performing services. It didn’t have a strong enough unique selling point and there was not enough political emphasis or commitment - fundamentally it fell into the realms of another “me too” registry.

“The Government didn’t understand exactly what was needed and they didn’t spend enough time listening and engaging with the local aviation community, including aircraft owners and business.

“It was the right decision by this new government to close it and now the 2-REG has become, by default, the Channel Islands aircraft registry – something that could have been achieved at the beginning with better cooperation.” 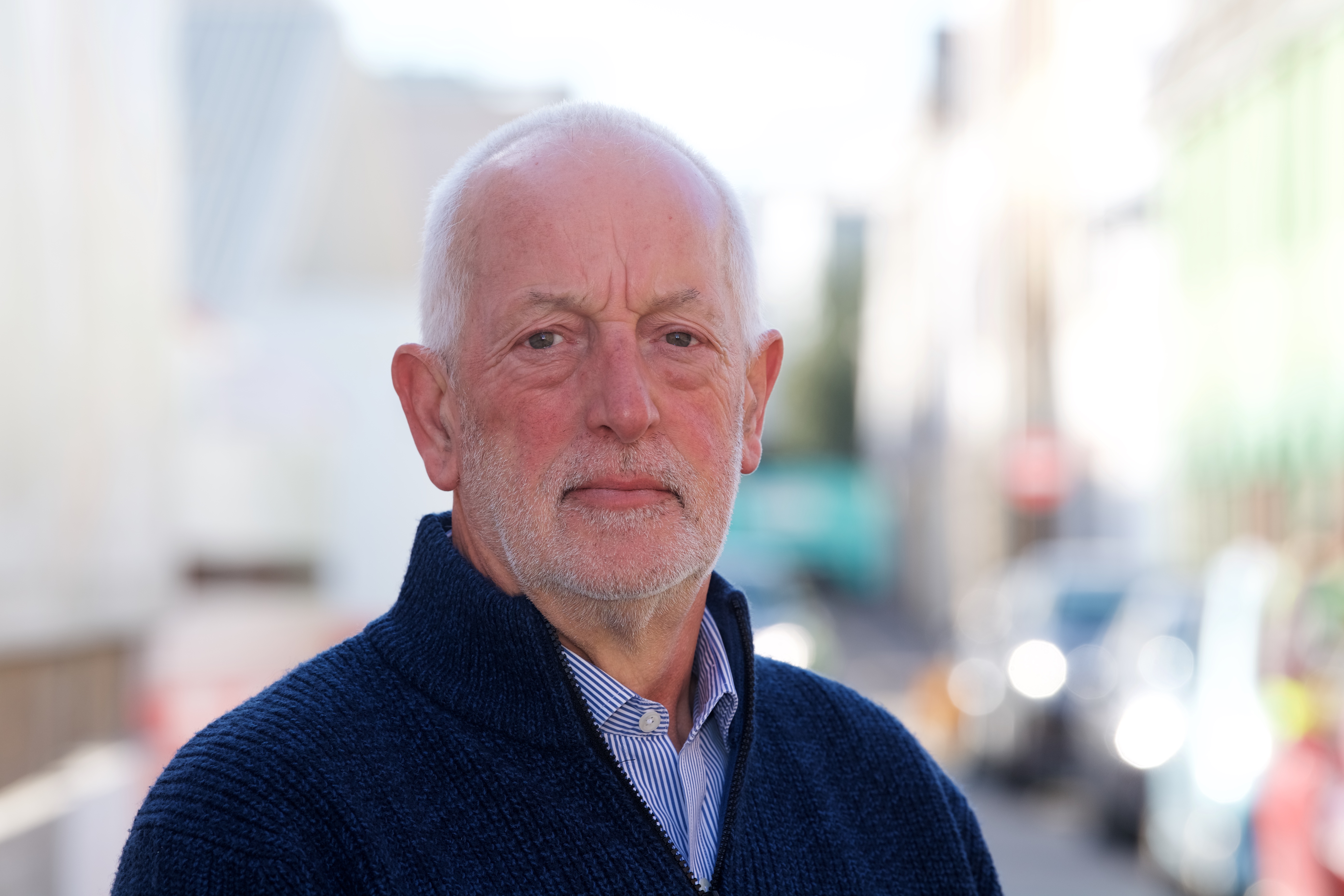 Pictured: Deputy Steve Luce: "We continued to try to make it work when it was clear it wasn’t"

Deputy Steve Luce led a review into the viability of a registry in 2012, when he was chair of the Economic Affairs Scrutiny Panel.

One of his recommendations then was that “Jersey needs to work together with Guernsey at best speed to identify and resolve any legislative difficulties”.

Another was that “the Minister for Economic Development must, without delay, seek to engage with the Minister for Commerce and Employment in Guernsey and its strategic partner SGI Aviation to formally secure Jersey’s position in a joint Channel Islands Aircraft Registry.”

Speaking after the JAR’s closure, Deputy Luce said: “I think from the outset we missed the opportunity to work together.

“We did not try hard enough or work hard enough, and we ended up throwing away good money after bad. We continued to try to make it work when it was clear it wasn’t.

“I asked the Economic Development Minister earlier this year if he was considering closing it, and I am pleased that has finally happened. It has cost us a lot of money and got us nowhere." 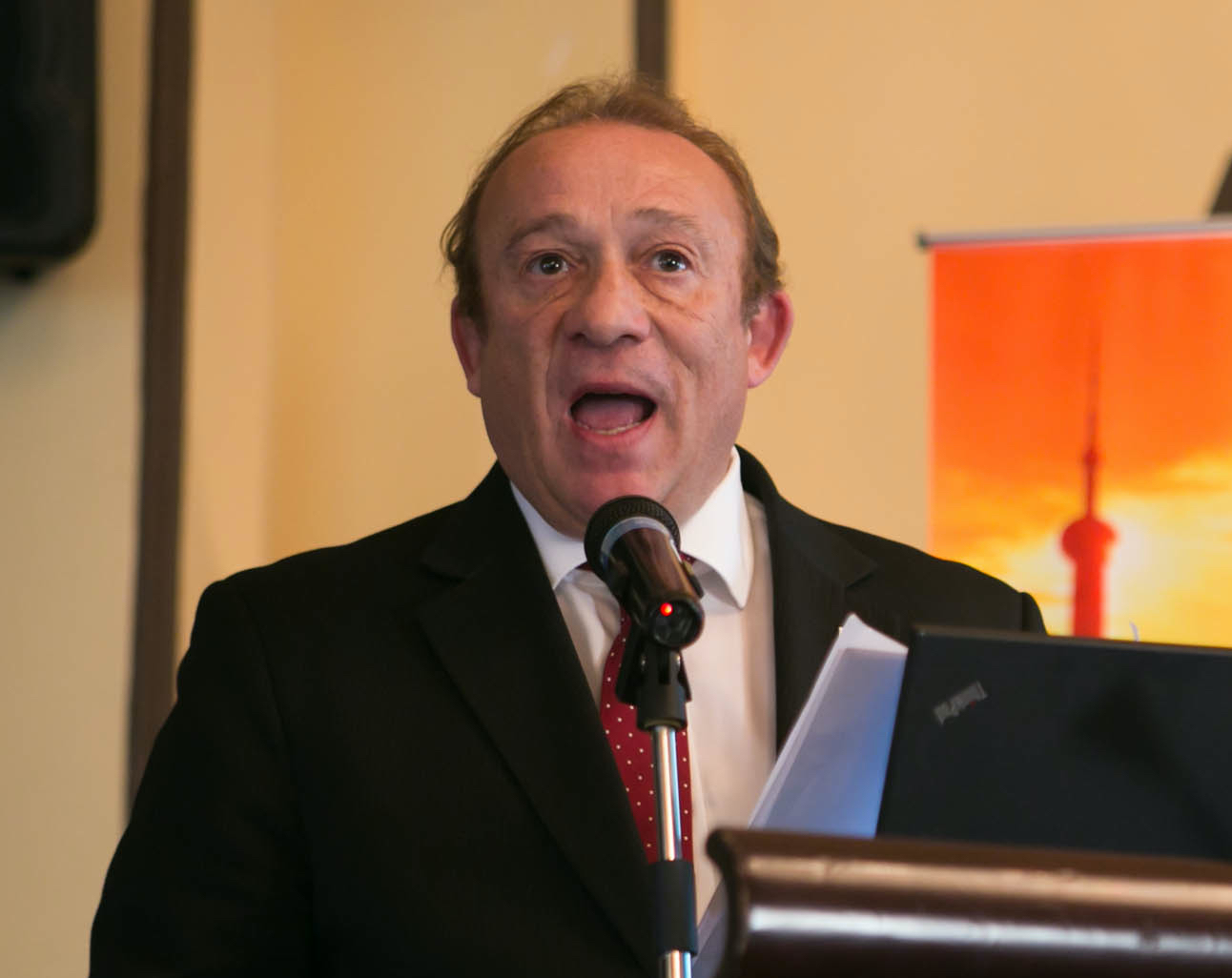 Kevin Stewart was Economic Develop Minister in Guernsey when the two islands were discussing a joint register in 2012/13.

Guernsey has now registered more than 831 aircraft since 2013 and the current book include 56 Airbus and 43 Boeing jets.

Mr Stewart said: “I like to get on with things and despite a number of attempts to reach out to Jersey, they never got back to us, so we just went ahead with our plans.

“Jersey simply dropped the ball. It was always our intention to work with a private-sector partner who would run it, and we also knew we wanted to target the off-lease market, because heavier aircraft generate more revenue.

“We got things up and running but then Jersey wanted back in, and I said ‘no’ because Guernsey had done all the legwork. That didn’t go down well, to put it mildly.

“You have to trust your business partners and work with them. We worked closely with SGI and built a strong partnership with them; I could never quite work out what Jersey brought to the party.”

Posted by Michael Blampied on Nov 30th, 2022
What happened is we totally missed the boat and were embarrassed by our smaller and clearly nimbler neighbour. Still I see some consultants made a tidy sum out of our incompetence as per usual. The title of the next chapter of the gov.je handbook is "How the Reform party helped boost Guernsey's tax coffers by sending them our prospective wealthy immigrants". Anyone looking for a chapter on the new hospital should be advised that this is a separate book altogether - in five volumes - and counting.
Posted by IanSmith97 on Nov 30th, 2022
Can someone please explain to me (maybe BE would ask those responsible for this farce) in what fantasy economics universe would 12 new registrations PER YEAR generate £20 MILLION per annum?
To place a comment please login Login »