Footballer to pay £3,000 compensation for head-butt 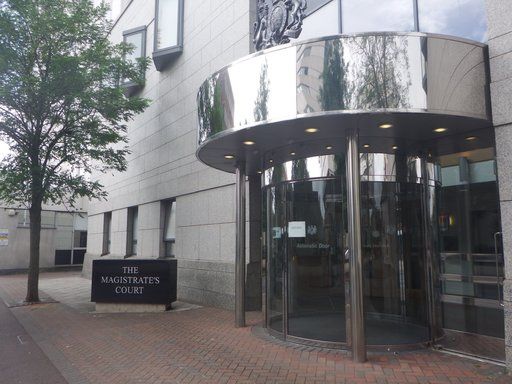 Footballer to pay £3,000 compensation for head-butt

A Jersey footballer has narrowly escaped prison after head-butting a fellow reveller on a night out in a town bar.

The Magistrate's Court sentenced Dane Sutton, 26, to 180 hours of community service and ordered him to pay his victim £3,000 after pleading guilty to grave and criminal assault.

The attack, which saw Sutton dislocate a bone in his victim’s nose, came six years after a similar offence on another Christmas night out six years ago.

Sutton, who used to play semi-professional football with Maidstone United, was in the packed bar of the Royal Yacht Hotel with his girlfriend on Saturday 3rd December when the incident took place.

The Magistrate's Court heard that at about 01:00 the victim had intervened in a row that Sutton was apparently having with his girlfriend. The victim says he witnessed Sutton "grabbing her by the wrists" and being "heavy handed" with her, while she was crying and asking him to leave her alone.

Susie Sharpe, prosecuting, told how the victim, who was much taller than Sutton, had intervened. "Look mate, leave it out, it’s Christmas," he told the player.

The defendant’s explosive reaction was relayed to the Court. "The defendant turned around and faced the victim, and swore at him, saying: ‘She’s my girlfriend’ and immediately head-butted him and then punched him,’ recounted Miss Sharpe.

The defendant was taken out of the bar by doormen, and the police were summoned.

The court heard that the victim suffered "significant injuries" during the attack, which included the dislocation of bone in his nose. He now has to have an operation to repair it.

Advocate David Steenson, defending, explained that there was "a certain irony" that Sutton had actually been trying to avoid confrontation before the violence broke out.

"Mr Sutton’s girlfriend was annoyed and upset by comments being made by someone else towards her," he said. "She was gesticulating towards the maker of those comments. Mr Sutton was imploring her not to do so in case she attracted attention and caused trouble.

"He was trying to prevent potential trouble caused by his girlfriend pointing and ended up getting into more serious trouble." Mr Steenson said it had been "an entirely disgraceful episode" and accepted that the head-butt was an aggressive feature of the assault.

However, he said, the complainant was "not entirely blameless." He said Mr Sutton had felt "backed into a corner" by the larger man. He added that Mr Sutton, who between playing football and his job as a carpenter, rarely drank alcohol, but had sought counselling for his issues with it.

Sutton had matured since the earlier offence, he said, and was "a generally decent man."

Sentencing, Magistrate Bridget Shaw said the attack had affected the victim emotionally, socially and physically. "This man was trying to intervene to help your girlfriend and you reacted violently," she said. "From CCTV I don’t see that he posed any threat to you at all. The way you reacted was wholly disproportionate." Sentencing guidelines allowed her to impose a 12 month custodial sentence, she told him. But noting his remorse, the six year gap since his last offence and his subsequent maturity, she sentenced Sutton to 180 hours community service. He was also ordered to pay £3,000 in compensation to his victim. He was excluded from most licensed premises for the next 18 months.