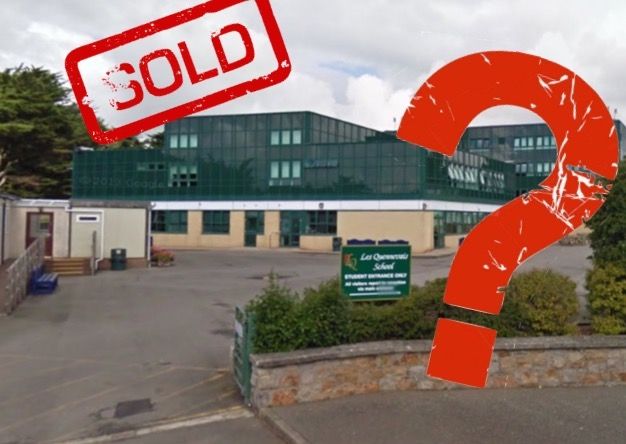 Owners of three fields crucial to the new Les Quennevais School project will be forced to sell them to the States – unless they can strike a last-minute deal in one month.

The Minister for Education signed off the decision to commence the ‘compulsory purchase’ process on Friday after warnings that waiting any longer to agree a price on the fields – known as 80, 85 and 84 – would delay the building of the new school by up to a year.

A 28-day countdown has now begun as a result. If the owners fail to make an agreement during that period, the States will take ownership of the field without consent, paying them a sum of their choosing rather than one that has been negotiated.

A report explaining the decision stated: “The minimum time period… has been requested to ensure the procedure is expedited as efficiently as possible to ensure the said Fields are vested in the public in or before 19 October 2018 to ensure construction of the new school can be completed in time for the academic year September 2020. Any delay to this will result in the project slipping by a year (due to the requirement for the school to move during the summer term) and will impact on the education of Les Quennevais pupils and increase the costs to the project (due to construction inflation).”

Pictured: Any further delays to the conclusion of the sale could mean an extra year before the new school gets to open.

The news comes after months of unsuccessful negotiations with the field owners.

Back in March, the then Minister for Infrastructure, Deputy Eddie Noel, explained that a forced sale was being considered as an option after the owners demanded £4million for the land – around 20 times the States’ original offer. He also reported that the offer had been caveated with requests relating to limiting usage of the fields.

In an attempt to smooth things over in July, his successor, Deputy Kevin Lewis, lambasted the media for reporting on the previous fall-out, with States officials offering an alternative version of events: “The Minister wishes to make clear that (the owner) had not demanded £4 million, and that while a request was made to limit activity on the playing fields after 9.30pm on Sundays and Bank Holidays, this was not simply for the benefit of (the owners) but for all the nearby residents.”

Deputy Lewis added that it was hoped that the matter could now be resolved in a “spirit of cooperation, hopefully without the additional public expense of concluding a compulsory purchase.”

While it now appears that hasn’t been possible, the owners could still score a partial win, as the States haven’t ruled out paying them more than their original offer - £15,000 per vergée of land – as part of a forced sale.

“Through the procedure of Compulsory Purchase it is feasible the costs to purchase the said Fields will be in excess of the figure initially agreed with the land owner,” the Ministerial decision read.

However, States officials nonetheless warned that this could push up overall costs.

“The overall budget for the acquisition of land, construction and fit out of the school has been agreed. Therefore, any increased costs will have an impact on this overall project unless identified from another source.”