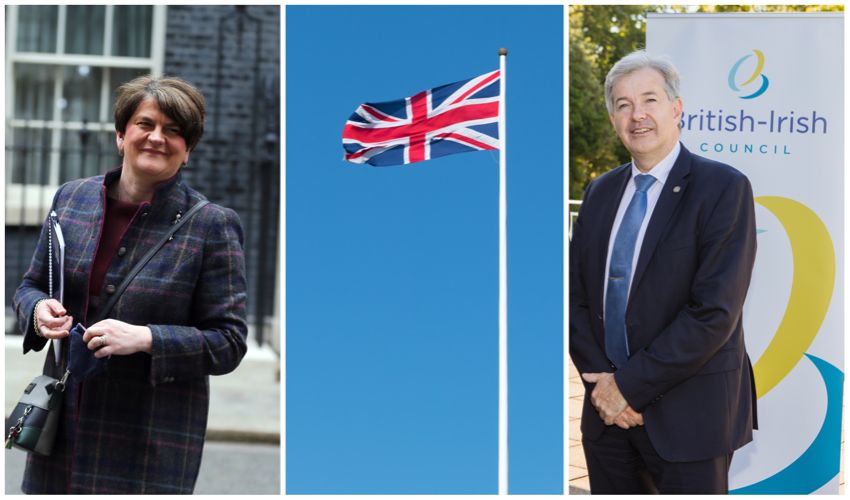 Mr Le Fondré attended the launch of The Together UK Foundation in Belfast on Monday.

Afterwards, he tweeted that it was “great” to join Dame Arlene at the ‘soft’ launch of the not-for-profit, aims to promote the benefits for all constituent parts of the UK to remain a political union.

"Thank you so much for coming over John," she responded.

Mrs Foster, who now works as a presenter on the GB News television channel, said the Together UK Foundation would promote pro-Union voices in a future of the Union debate that has become “increasingly emotional and angry”.

Thank you so much for coming over John.

Pictured: Former Senator John Le Fondré was at the launch on Monday.

Talking to the News Letter website, she said: “It is because of my firm belief in the benefits of the Union, against this backdrop of ongoing threats to its existence, that I and others are setting up a new organisation: the Together UK Foundation.

“We will bring mainstream pro-union voices from across the entire UK to highlight the benefits the Union brings to us all – mostly without us realising it.”

The United Kingdom, which Jersey is not part of, is seen as under threat by nationalist movements in Scotland, Wales and Ireland.

Scottish Nationalist leader Nicola Sturgeon has called for another referendum on independence next October.