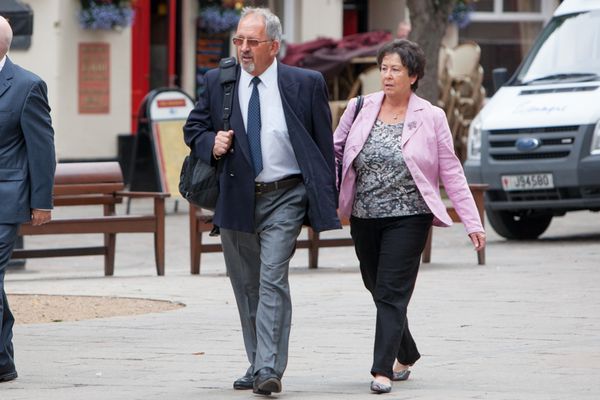 “Bedlam” at the Parish Hall, the traumatic death of a close friend, and work-related stress meant former St John Constable Graeme Butcher lost track of the purchases he made using Parish funds, it was claimed yesterday.

Butcher, who is facing trial by jury on numerous counts of misconduct in a public office, is accused of using the Parish credit card and supplier accounts to pay for items such a rotisserie oven, a Sky satellite dish, paint and timber, but claims that he had always meant to repay the money owed.

The Royal Court heard that building work at the Parish Hall between 2009 and 2010 had led to “chaos” and meant that the former Constable was sometimes working from a window sill when attending the office to sign off invoices for payment while the loss of one of his best friends meant that “he wasn’t quite himself”.

Former Senator Ben Shenton, appearing as a defence witness, said that Butcher had looked “quite shell-shocked” after their friend’s sudden death while a written statement from his friend’s widow confirmed that the defendant had become “short tempered” and “stressed”.

However, Crown Advocate William Redgrave suggested that Butcher’s admission that he, on occasion, knowingly ordered goods on the Parish account undermined his claims that he hadn’t done so on other occasions, despite evidence to the contrary from Parish suppliers.

And when challenged as to why he had mixed Parish and personal items when ordering goods via the internet using the St John credit card, rather than paying for them separately, Butcher claimed “it was convenient at the time”.

Crown Advocate Redgrave told the court there was no sensible explanation as to why Butcher had not refunded the Parish for personal items which he had ordered or booked on the Parish account and credit card, or remembered that he owed this money, despite subsequently approving them for payment by the Parish when invoices and statements were presented to him just a few days later.

“The evidence of intending to benefit dishonestly is overwhelming,” he said.

But Defence Advocate Michael Preston said that while some of Butcher’s actions may have been unwise they certainly weren’t dishonest and that the jury had to consider “what was Mr Butcher’s state of mind at the time?”

The jury is expected to give its verdict later today.