Fort gardens to be cleared for revamp 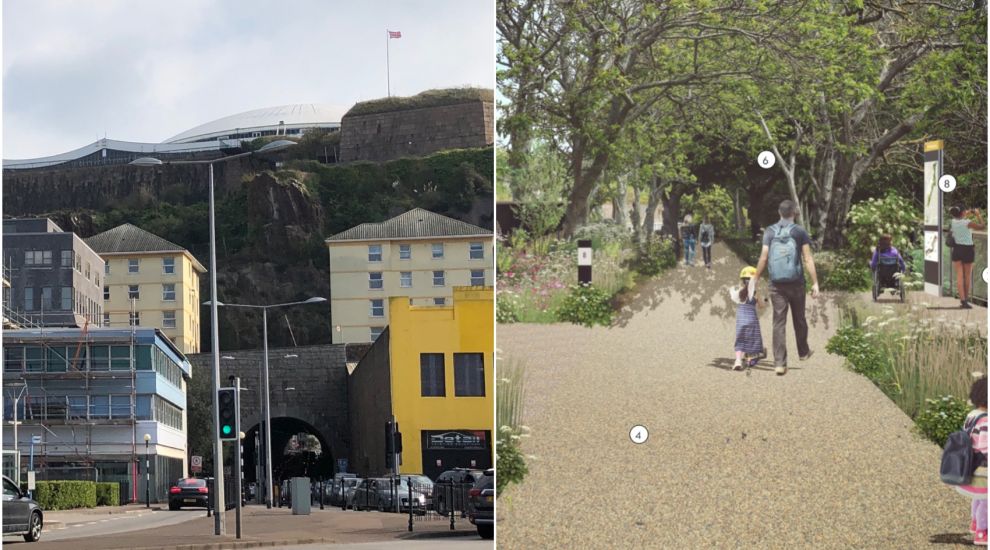 Fort gardens to be cleared for revamp

Work is beginning in the next two weeks to improve Fort Regent’s garden and walking spaces, with dead trees due to be cleared from the site.

The Forestry team will be clearing out dead elm and sycamore trees and removing a few trees whose roots are currently causing damage to the Fort’s historic stonework.

Contractors are also being brought in to clear the Eastern Moat and old Rose Garden area.

Trees will also be removed where roots are currently causing damage to the Fort’s historic stonework, most of which are self-seeded evergreen oak or sycamore trees. 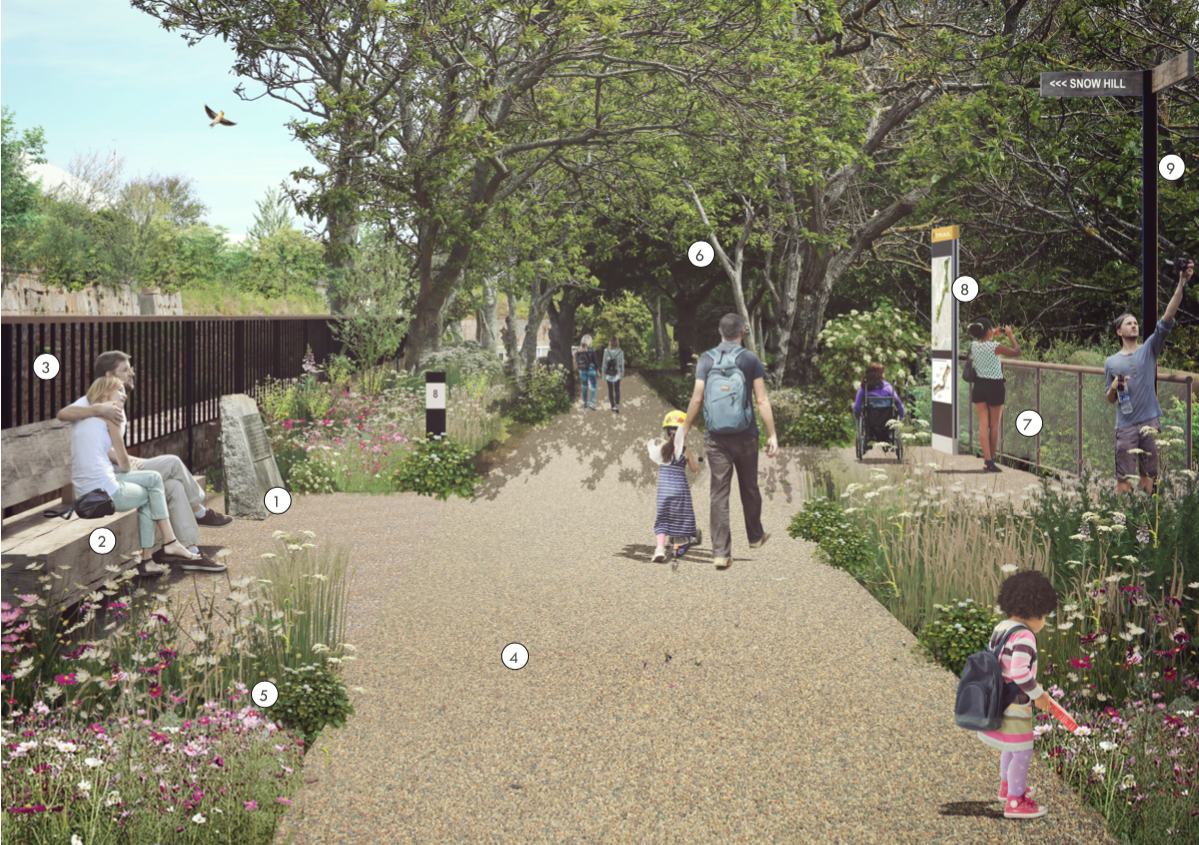 Pictured: The Government wants to create a 'Heritage Trail' around the Fort.

The work is being done in conjunction with Nurture Ecology. The Government says that if any wildlife is discovered during the clearance work, Nurture is licensed to rehome them correctly. Trees will also be checked for birds and squirrels nests before removal.

It marks another early step in the process to overhaul the Fort and its surrounding gardens. Ideas for revamping the outdoor space include ornamental planting, lawns, specimen trees, cafe/restaurants, formal ‘hidden’ gardens and a pavilion.

The idea of ‘walkways in the sky’ going up to 20ft over the natural landscape and high canopies, featuring water jets, water walls and water misters, has also been proposed.

In a consultation about all the Government's proposed new features for the Fort, plans to revamp the garden were the most popular.

The idea of Winter Gardens - which includes the ‘walkways in the sky’ - drew a score of 68% excitement.

In stark contrast, the idea of a casino on the site drew a 31% excitement rating, and a hotel beneath it at 29%, both the lowest rated of the selection.

The proposals would also see the Fort’s iconic dome removed, with ‘Future Fort Regent’ Project Director Dave Curtis saying it was “functionally behind its useful life”.

Overall, the public survey saw the proposed long-term plans for the Fort revamp score a mean 6.5 satisfaction rate on a scale of one to 10.

The 'Early Phase’ of the project is already said to be underway, with sports clubs and other organisations slowly moving out of the Fort. 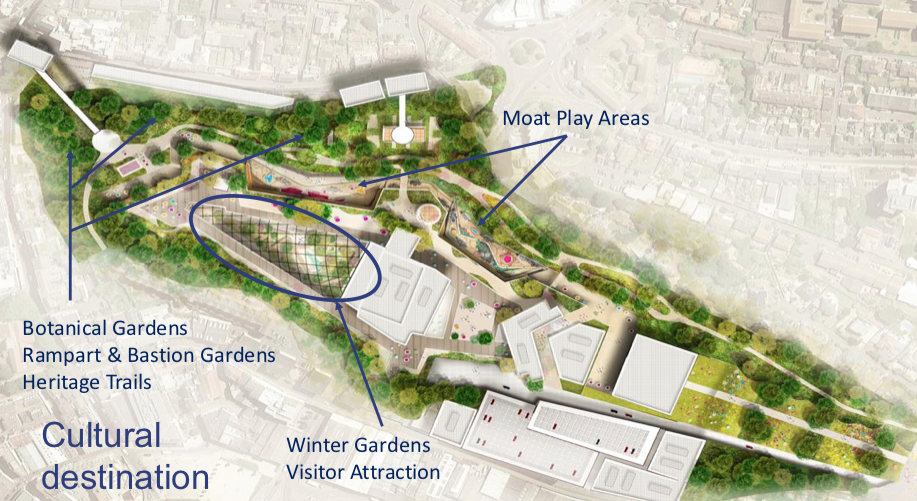 Pictured: A look at how proposals envisage the reimagined Fort gardens if they were to go ahead.

However, the project has already tripped at the first hurdle, after a £3.1m refurbishment of Oakfield Sports Centre was rejected by the Planning department - the planned new space being where many of the current sports clubs based at the Fort were to be moved to.

Updated plans were said to have been submitted to to the Planning Committee within the next fortnight, and if passed, will see the project go through with a “few months” of delay.

And, whilst £4.8m has already been set aside in the Government Plan for the ‘Early Phase’, the second one will require further investment.

A potential hurdle in developing the Fort is the continuation of the covid-19 vaccine programme, which is taking place in Queen's Hall. The booster regime remains in progress, and is expected to continue through 2022.

The procurement process for the project began on 22 November, with the release of the pre-qualification questionnaire (PQQ), which will be live for seven weeks, with applicants from both on and off Island being invited to apply.

Express has contacted the Government for an update on how far the long-term plans for the Fort have progressed, and is awaiting a reply.

Posted by Scott Mills on Dec 9th, 2021
So the gardeners will be the only ones to see these. How often do people go up there to walk around the fort "gardens". It'll be turned into a finance conference centre....another great amenity for locals to use in all weathers.
Posted by Private Individual on Dec 9th, 2021
What an absolute disgraceful waste of taxpayer's money. Or rather borrowed money to pay for what exactly!

The island is crying out for wet weather facilities which is what FortRegent should be used for, instead they are going to waste millions on a garden!

This government and its cronies need to get its priorities right and stop this outrageous spending spree with borrowed money!
To place a comment please login Login »