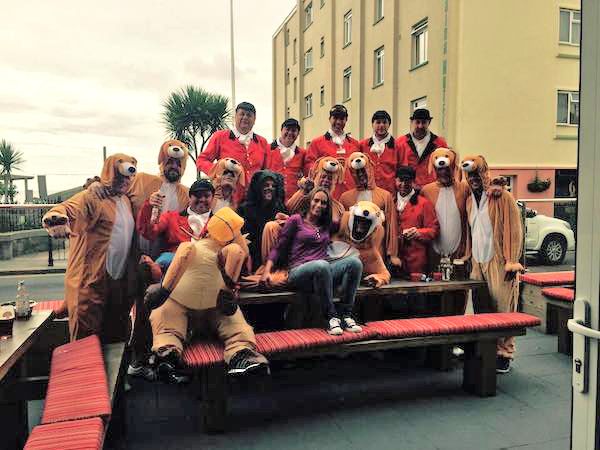 You probably thought there were no foxes in Jersey, but one has been on a hunt around town leaving a scent that’s gone viral.

The escapades of a stag-do group dressed up as a fox, hounds and horsemen this weekend have had almost 200,000 views on Facebook.

And without having to hound anyone, this video of Darren Spence's stag do has gone all round the world in just 48 hours.

Simon Harder from Bournemouth, who this weekend donned a hound's costume, came up with the idea for his friend's big do.

Simon said: "Stuart Longstaff was the Best Man and he evolved my idea of a small fox hunt, and it ended up nearly 20 of us. We thought let’s make it big, we wanted a memorable weekend that no-one would forget."

The hunt set off from Havre des Pas on Saturday and ran through town stopping off for a tipple or two along the way.

Darren, who's getting married on 19 September, said it was a pleasure to be the only fox in Jersey for the weekend and said the hunt got a very warm reception from Jersey.

He said: "Everyone was beeping us – we had a great laugh doing it. Jersey was absolutely fantastic as as place, everyone was very friendly, even the police! Thanks to everyone in Jersey for welcoming us and joining in." 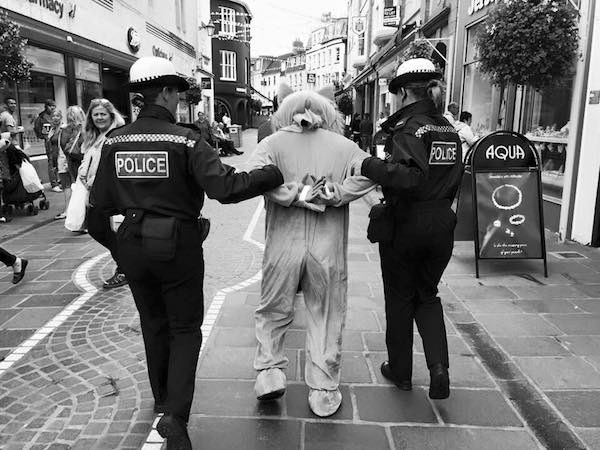 As they were heading home on Sunday they realised their antics were getting a lot of interest on Facebook.

Simon said: "We thought it would be great if we got home and it had got round the world. By the time we landed in Bournemouth we were on 30,000 views, we’re on 175,000 views now and 4,500 people have shared it – it’s been sent to someone in Hong Kong and Australia and someone in Canada and it’s been shared there. We have achieved it, it’s gone global and viral!"