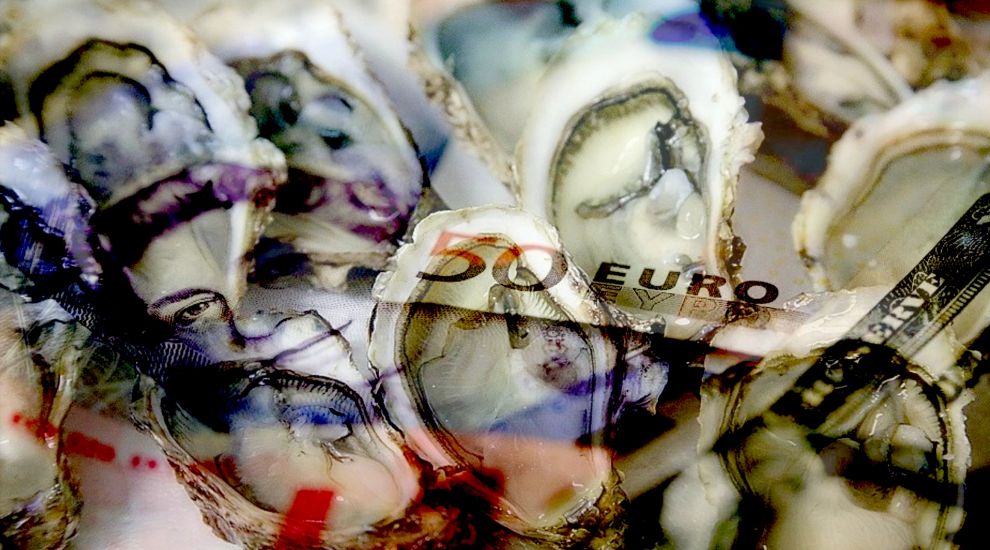 Jersey could be blocked from selling its financial services products in Europe if it does not back down in the fishing crisis, a French MEP has warned.

“Jersey is a tax haven. The island needs to obtain an equivalence [official recognition that it has the correct status to trade, ed.] to sell its financial products in Europe. Now, we’re thinking about vastly limiting the issuing of these equivalences,” Stéphanie Yon-Courtin, who sits on the EU’s Fisheries Committee, said yesterday.

Her comments came during a meeting with political representatives and fishers in Granville yesterday, which was triggered by the row over Jersey’s new licensing regime for controlling fishing in its waters after Brexit.

France and the European Commission have both said that the new arrangement, which has seen limits placed on some fishers’ days at sea and type of catch they can make, breaks the UK-EU Brexit deal, which Jersey denies.

Previously, the management of Jersey’s waters between three and 12 miles was shared between France and the island under the Bay of Granville agreement. The French claim this was fairer.

Pictured: Creating a new fishing arrangement similar to the Bay of Granville deal and stopping the issuing of equivalences to Jersey were both raised during yesterday's meeting.

“The UK-EU Brexit deal allows Jersey to be excluded from agreements. If that’s the case, we will be free to renegotiate a bilateral deal with the island like the Bay of Granville agreement before,” Mme. Yon-Courtin was quoted as saying by Ouest-France.

Raising the prospect of blocks on financial services as a retaliatory measure, she noted: “Annick Girardin, Minister of the Sea, approves, as well as numerous members of the European Commission too, because Jersey mustn’t set a precedent.”

Mme. Yon-Courtin is soon due to meet External Relations Minister Senator Ian Gorst to discuss a resolution, while Mme. Girardin was due to meet the UK’s Fisheries Minister today.

France’s Maritime Minister last week suggested pulling the plug on Jersey’s electricity supply in “retaliation” before France's Parliament, but the island’s Government argued that this would be a breach of its commercial agreement with EDF.

On Friday, Jersey fishers were officially banned from landing their catch in Normandy, but this block was rescinded by the regional council yesterday after the island offered to give French fishers more time to get their licence paperwork in order.

Express has been told that Jersey fishers are still being prevented from landing their catch in Saint Malo, Brittany, however.

The flip-flopping on the Normandy ban was described as an “imbroglio” in the French media.

Also on Sunday, President Emmanuel Macron’s official spokesperson, Gabriel Attal, told TV channel France 3 that nothing was off the table in terms of retaliation against Jersey – including the threat of cutting the island’s electricity.

“Anything is possible. Retaliatory measures are possible,” the En Marche! representative said, before noting that, at the moment, “this is not the solution that we are considering.”

Emphasising that he hoped the issue would be resolved in the coming “days or weeks”, he maintained that responsibility for the recent flare-up of tensions lay squarely with the British.

“The fishing issue was settled. Great Britain tried to disrupt it. The British authorities have added conditions [to fishing licences], which were not foreseen, such as limits on the size of the boat or the conditions for fishing.”

However, Isabelle Le Callenec – a former politician for Ille-et-Vilaine, which includes Saint Malo, standing for the Republican party in the upcoming elections – disputed that this was the case.

In a column for Breizh-Info, she accused regional councils of ignoring warnings.

“As for Jersey, we had known for months that Great Britain wanted to leave the European Union. For months the Right, Centre and Regionalist Group has been asking the Regional Council to tackle this issue head-on, as the Normandy and Hauts-de-France regions have done. We could have predicted the effects of Brexit in terms of fishing. As early as 2016, the Right, Centre and Regionalist group alerted the then-President of the Regional Council to the need to pre-empt this, so that Brittany could retain fishing rights in the areas in which Breton fishermen have been fishing for centuries.

“And now we are up against the wall facing obstacles we knew existed and without the firm will to protect the rights of Breton fishermen.”

Posted by IanSmith97 on May 11th, 2021
With ‘friends’ like these, who needs enemies?
Posted by nigel pearce on May 11th, 2021
Jersey’s waters between 3 and 12 miles were jointly managed, were France’s waters similarly managed? If not, why do the French think they have the right to do so with ours.
Posted by Dave Mathews on May 11th, 2021
Well it was easy to guess that the Island's Finance Industry would be next in the firing line.
Posted by Ted 3Please on May 11th, 2021
My goodness, why stop at banning our fisherman, refusing financial services permissions and turning off the electricity? Why not just send in a battalion of legionnaires to lay waste to the population of Jersey and be done with it? We have no military so it might conceivably be a battle the French army could win.
Posted by PatrickGormley9 on May 12th, 2021
Best to put boots on the ground at the Echrehouse and The Minquies
Posted by Jo Collins on May 12th, 2021
Why can't we just tell BoJo and his cronies to F' off and go back to the old agreement which worked fine? This only became an issue when the English stuck their nose in and we're being used as the the pawn so BoJo can beat his chest at election time
To place a comment please login Login »