French speaking visitors get to work 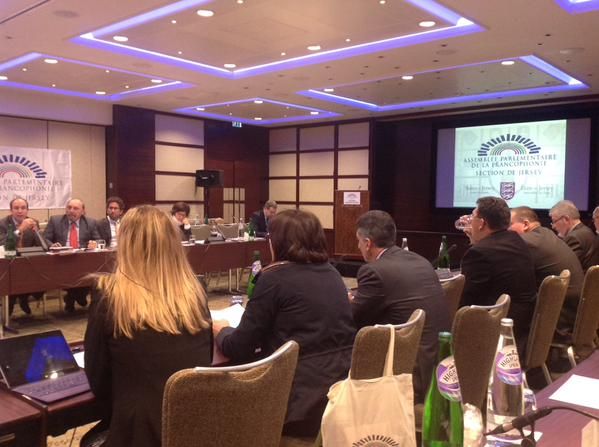 French speaking visitors get to work

Dozens of French speaking parliamentarians are in the Island this week talking about free speech and what they can do to protect it.

The delegates who are from all over Europe are here while Jersey hosts the 28th European Regional Conference of the Assemblée Parlementaire de la Francophonie (APF).

Their discussions on freedom of expression were prompted by January's shocking attack at Charlie Hébdo in Paris and will focus on when they should fix the boundaries to ensure the protection of free speech whilst also ensuring that it is not abused.

The President of the Jersey APF Section, Connétable Juliette Gallichan, said: “It is a great pleasure and honour for Jersey to host the regional conference.

“Although, as we will explain to the delegates, Jersey has sadly become an almost exclusively English-speaking jurisdiction, French remains our second official language and the Jersey APF Section is always keen to promote the use of French in Jersey. We are looking forward to some interesting discussions with our visitors during the week.”

They'll also be discussing economic strategy and will hear from Digital Jersey on what the Island is doing to promote the digital economy and the Jersey Financial Services Commission’s Director General John Harris will be speaking about the importance of the regulation of the financial services sector in Jersey.

The delegates will also hear about Jersey’s plans to promote and teach French in the Island and will get to see some of our secondary school students taking part in Les Joutes Oratoires – a debating competition in French showcasing their language skills.

The event is held in a different European country each year.