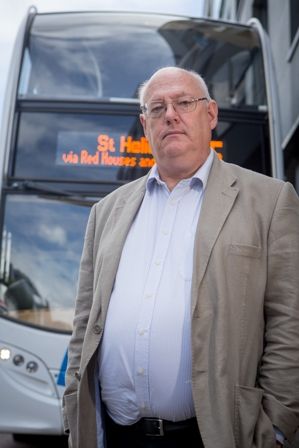 Plans for fresh public sector cuts worth up to £75 million per year have sparked an outcry from Jersey’s biggest union just months after they finally struck a deal on States workers pay.

Unite official Nick Corbel has described the announcement of a fresh cuts package worth between £50-75 million from 2015 to 2020 as "alarmist and unachievable". In terms of tax revenue, a further £75 million in cuts would be enough to completely remove the 5% GST. But Treasury Minister Philip Ozouf has indicated that the money would go to replenishing the Stabilisation Fund and paying for more services.

He also warned that the next set of cuts would be much harder to achieve.

States departments have just completed a three-year Comprehensive Spending Review that saw the biggest cuts ever seen to Jersey’s public sector. Even after that series of cuts, spending is still set to be £70 million higher this year than it was in 2011.

Mr Corbel said: “We have worked hard at avoiding industrial strife and working with the government. This is damaging. It does not bode well for the future, and what confidence workers have in their employer is being eroded minute-by-minute.

“This is a community for heavens’ sake, we are supposed to be able to have a share in the benefits of living in this Island. Senator Ozouf says himself that the economy is growing and in a good place, so why on earth do we need further cuts?

“The public sector went through hell to achieve what he wanted. I would think members feel that they have been betrayed. This is on the back of the unions agreeing to work with the employer on public sector reform.”