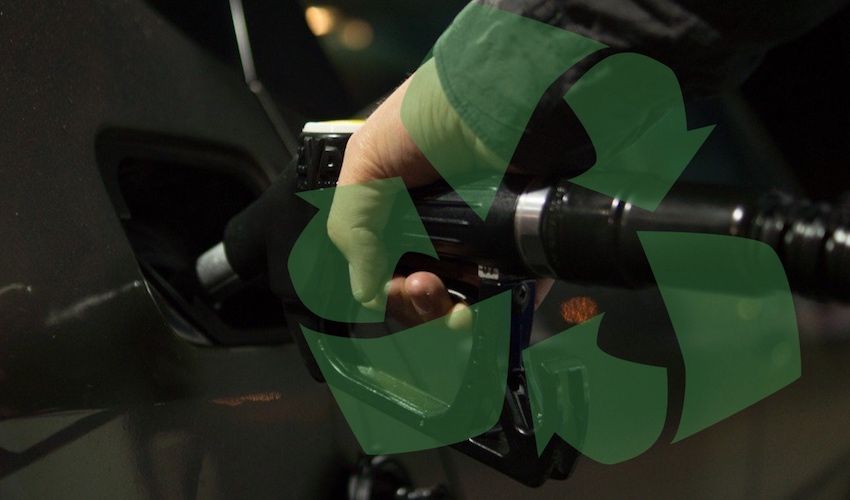 One of Jersey's main fuel companies has launched a new ‘biofuel’ made entirely from renewable materials that promises to cut global carbon emissions from diesel engines by up to 90%.

Rubis has launched the fuel – called RD100 – as part of Jersey’s plans to become carbon neutral by 2030.

RD100 is a clear, odourless fuel made from renewable sources including vegetable oils from rapeseed, sunflower and soybean, and waste animal fats or used cooking oil.

The Infrastructure Minister Deputy Kevin Lewis alluded to the fuel as he launched the government's Sustainable Transport Policy, stating that the government would be trialling what he described as the “green diesel” in the island’s buses and the rest of its vehicle fleet.

Forming a large part of the government’s efforts to make transport more sustainable in Jersey, the fuel company say that RD100 “has better combustion and cold temperature resistance meaning it is better for diesel vehicles, particularly in Jersey where journeys are short and engines don’t reach full operating temperature".

They add that the biofuel “can replace regular fossil diesel today".

In fact, Rubis says it has been trialling the fuel in its heavy commercial vehicle fleets for several months.

The company’s Head of Sales and Marketing, Nick Crolla, commented: “We have been trialling RD100 in our fleet and have seen a noticeable difference in performance. We even undertook the simple test of placing a white cloth on the exhaust of our trucks; the results are incredible. With diesel the fabric becomes dirty and black within seconds. With RD100, the fabric stays clean.

“Local businesses driving diesel vans and wanting to reduce their carbon emissions but having difficulty financing an electric vehicle will not hesitate to switch. This is a great opportunity for large fleet users like the States and Parishes to consider changing their fuel to be exemplary in Jersey’s drive to reduce carbon emissions.”

The fuel can be used in existing diesel engines without any need for vehicle modifications.

Managing Director of Rubis Channel Islands, Bertrand Dellinger, commented: “We all recognise the need to reduce carbon emissions globally, electric vehicles are of course one option but, for many they are expensive, not in plentiful supply and may not be the best long-term solution, due to the environmental and financial cost of building, replacing and recycling batteries.

“RD100 is a solution for the transition and can make a difference today. Rubis is leading the evolution of hydrocarbon technology, which it sees as a more sustainable and environmentally acceptable long-term solution, supporting the government and community in their aim for carbon neutrality.”

Posted by Peter Townend on Feb 5th, 2020
So does this mean that diesel engines cars don’t have to be disposed of to buy expensive electric cars? The question also needs posing as to what and who is going to pay the true value of a diesel car - are the States going to buy them in and give an allowance towards an electric car. Biggest problem with that is the fact that electric can go no further than 150/200 miles! If you are going on holiday in a car on the continent how do you do any distance - not knowing where recharging points are on your journey?
To place a comment please login Login »