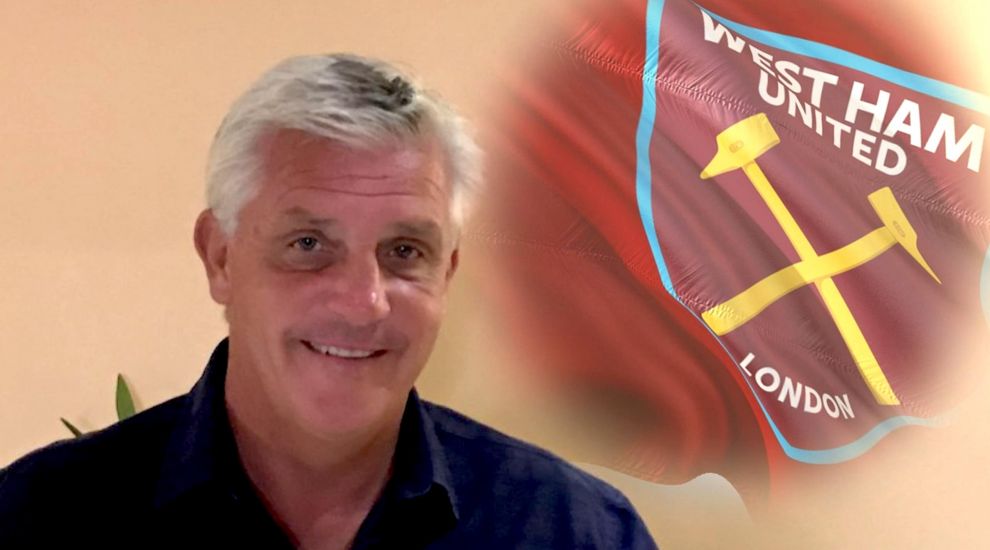 Sky commentator and ex-West Ham footballer, Tony Gale, shared advice for young footballers and his thoughts on Jersey's newcomers to the English league during a recent trip to the island.

Tony began his media career on radio with Capital Gold and after seven years he moved to Sky, where has been commentating for the past 16 years.

Speaking to Express after a dinner held by the local 'Jersey Hammers' at the Hampshire Hotel on Saturday 6 July, he explained how his playing career was primarily with London clubs, with only one season at Blackburn Rovers, following a call from Kenny Dalglish...

His footballing career began with Fulham, and in 1984 he moved to First Division West Ham, a move he described as to “a club much like Fulham but much bigger."

Tony spent a decade in claret and blue playing for the East London club, and made 300 league appearances.

Video: Some of Tony's goals during his 300 league appearances. (YouTube/DanielCoker)

He was the subject of one sending off in his career; this was in the 1991 FA Cup semi-final against Nottingham Forrest. It was the first time in the English game that a player was shown a straight red card for denying a goal-scoring opportunity, and he maintains it was an incorrect decision. The score at the time of the incident was 0-0 and Forrest went on to win 4-0.

When asked what he thought had been the biggest change in football over the years, Tony had no hesitation in saying “pitches” and adding he “...would love to play in the current game."

With regard to advice he would give young players today he said, “...enjoy it, forget the money, if you are good enough the rewards will come,” and “...if you make it, have good rapport with the supporters” - something he feels is lacking with some players today.

Questioned on the recent entry of The Jersey Bulls into the English league, he thought it would be difficult for them.

“The time required for travelling to and from the Island can create problems as at this level; the majority of players have jobs to consider and matches can require players having to take a day and a half away from work," he mused.