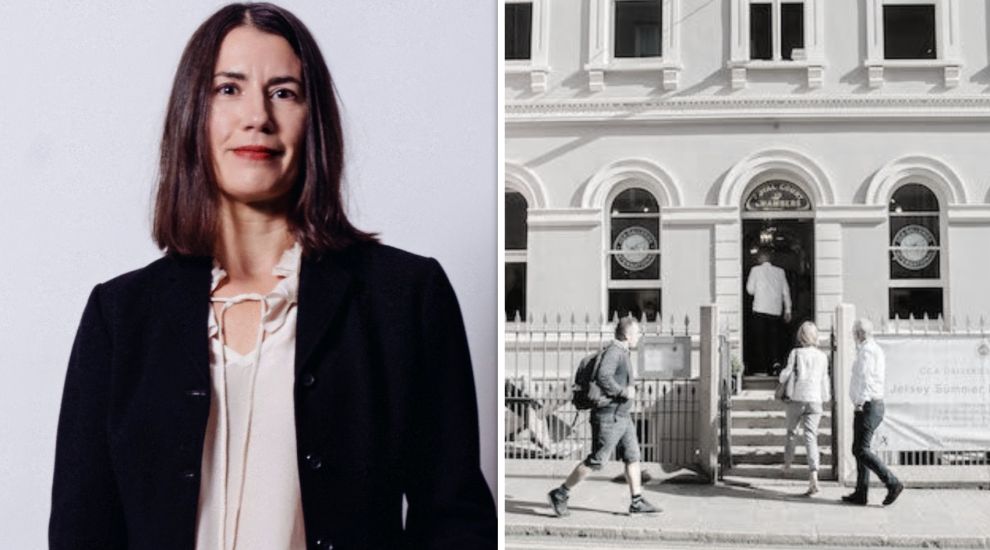 An art-lover, who has spent five years at the helm of one of Jersey's top galleries, has announced she is taking a "blind step" and leaving her role to complete an MBA - just days after closing the most successful Summer Exhibition to date.

She joined after leaving the Jersey Arts Trust where she had set up the Skipton Open Studios and Art Series.

Born and raised in London, Sasha has always been surrounded by art - from the art galleries on her doorstep growing up to her studies, which included a BA at the West Surrey College of Art and Design in Farnham, the 1992 RSA Design Award for Textiles with a bursary to work for John Lewis as a designer and a Fine Arts Degree at Slade School in London.

After five-and-a-half years as the CCA's Art Director, Sasha has decided to devote herself to the Executive Master of Business Administration (eMBA), which she started last October and should complete next year. 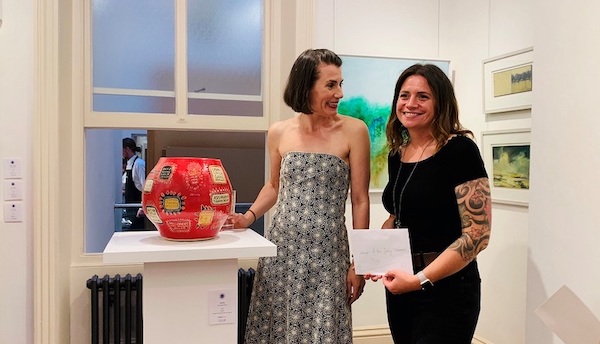 Pictured: Sasha with Lindsay Rutter, winner of the 2019 Summer Exhibition.

Looking back on her time at CCAI, Sasha says one of the highlights has been setting up the Summer Exhibition.

Launched in 2017, the event was based on the Royal Academy model, with a panel of professional artists judging submissions from local artists.

“The Summer Exhibition has been a big thing, it’s been great to get so many people involved who perhaps might not have come to the gallery before,” Sasha said.

“It’s opening up opportunity for people to exhibit in a professional gallery and then they invite their friends and family, everybody gets excited, and the sharing and engagement has been great.” 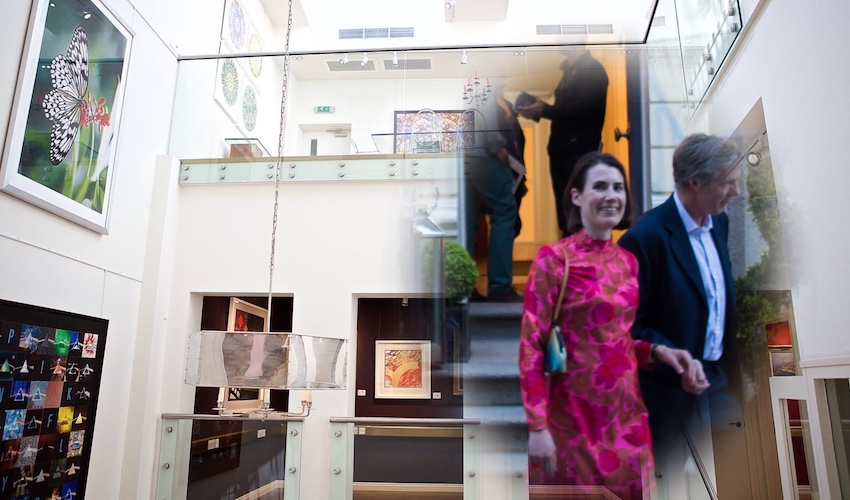 Pictured: Sasha joined CCA Galleries International five and a half years ago.

Having “international, really competent artists” as judges meant there was “an almost instant understanding of what is needed” which helped put together “great shows”, Sasha explained.

Another advantage of the model means that local artists get to be mentored by international ones, opening up opportunities further afield.

“I am particularly pleased with the way it’s all worked out,” Sasha said.

Announcing Sasha’s departure, Lance Trevellyan, CCA Chair, said she had been “instrumental in fulfilling our mission to become a community based commercial art gallery."

“Sasha’s love for learning and her interest in the communication and collaboration between business, culture and sustainable practice will benefit her future pursuits immensely,” he added.

Video: This year's Summer Exhibition was the gallery's most successful to date.

“I appreciate many of you - artists, sponsors, partners and clients have enjoyed working with Sasha and will join me in wishing her every success. We hope to keep in touch with Sasha and expect her eMBA cohort will benefit from her insight and enthusiasm when completing their own eMBA programme.”

Sasha’s departure comes as this year’s Summer Exhibition, the gallery’s most successful to date, comes to a close.

“I am sitting here at the moment in an almost empty gallery, which is really weird after the best Summer Exhibition in all its five years’ history,” she said.

“We have had more sales than we have ever had, 30% more artists apply than we’ve ever had, 30% brand new artists who had never exhibited or worked with the gallery before, and more art to exhibit than before because the quality was so high.”

Throughout her time at the gallery, Sasha said she has also particularly enjoyed “cultural exchanges”, citing Danny Rolph’s ‘Jérriais’ exhibition based on a poem by local linguist Geraint Jennings and the 'Biophilic Feast’, organised by Natasha Dettman and India Hamilton, which she described as “a lovely collaboration between, art, music and food”. 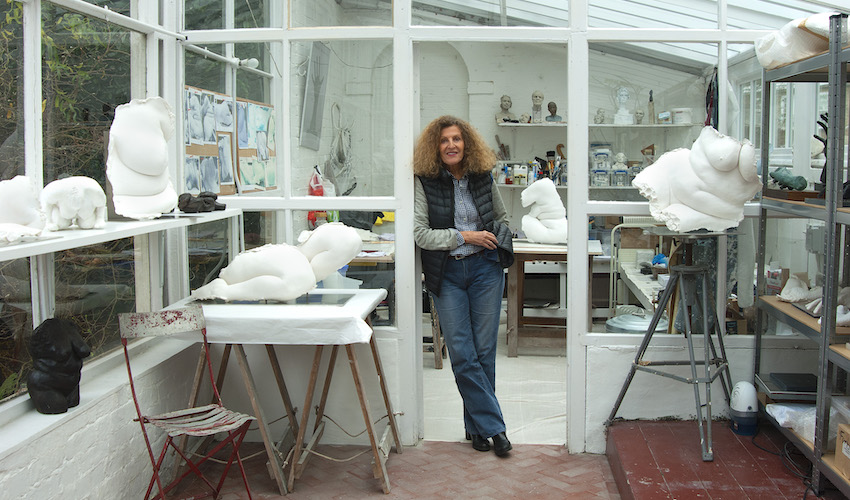 In addition, Sasha remembers fondly working with fashion designer and sculptor Nicole Farhi - “an absolute dream” - as well as Bruce and Flora McLean, Louise Cattrell and Dan Baldwin, among many others.

Sasha has drawn from all those aspects for her eMBA, for which she has conducted a qualitative analysis of the Summer Exhibition and its impact on all stakeholders as part of one many assignments.

Talking about the course, Sasha said it focuses on practice rather than theory. “It’s considering questions to get better, to make the world better and to make things run better,” she said.

“What I am loving is I am working alongside McLaren engineers, all sorts of different people working in petrol chemicals, technology, hotels… It’s a wonderful interaction of ideas and knowledge.”

Alongside her studies, Sasha will also carry out consultancy work, to engage the arts and business worlds and enable collaboration between the two.

While she admits she took a “blind step” with her decision, Sasha is looking forward to her next adventure.

“I do not get frightened by change,” she said. “Even though I am going into change and I am a little bit frightened, I am very good at responding to change, adapting and coming up with something new. I do not have all the answers, but I am quite excited!”