GALLERY: "Its demolition marks the end of an era" 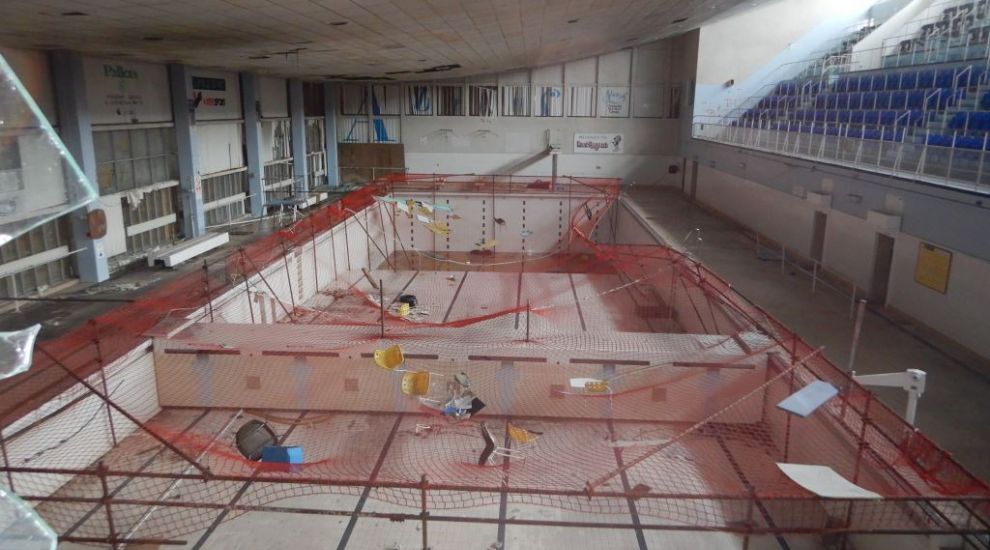 GALLERY: "Its demolition marks the end of an era"

Photos providing a final glimpse of Fort Regent's once popular pool have been released, as the government prepares for its £2.7million demolition next month.

Minister for Infrastructure Kevin Lewis has now signed off a decision that will see the former home of the Jersey Swimming Club knocked down at the end of July, following a six-week period that will see the site cleared and the removal of what has been described as a "significant amount of asbestos" within "stringent" guidelines.

Jersey contractor DB Cummins has been appointed to undertake the estimated 42 weeks of work to return it to the Glacis Field grass, which will come at a cost of £2,697,000, including planning fees and contingency funding. 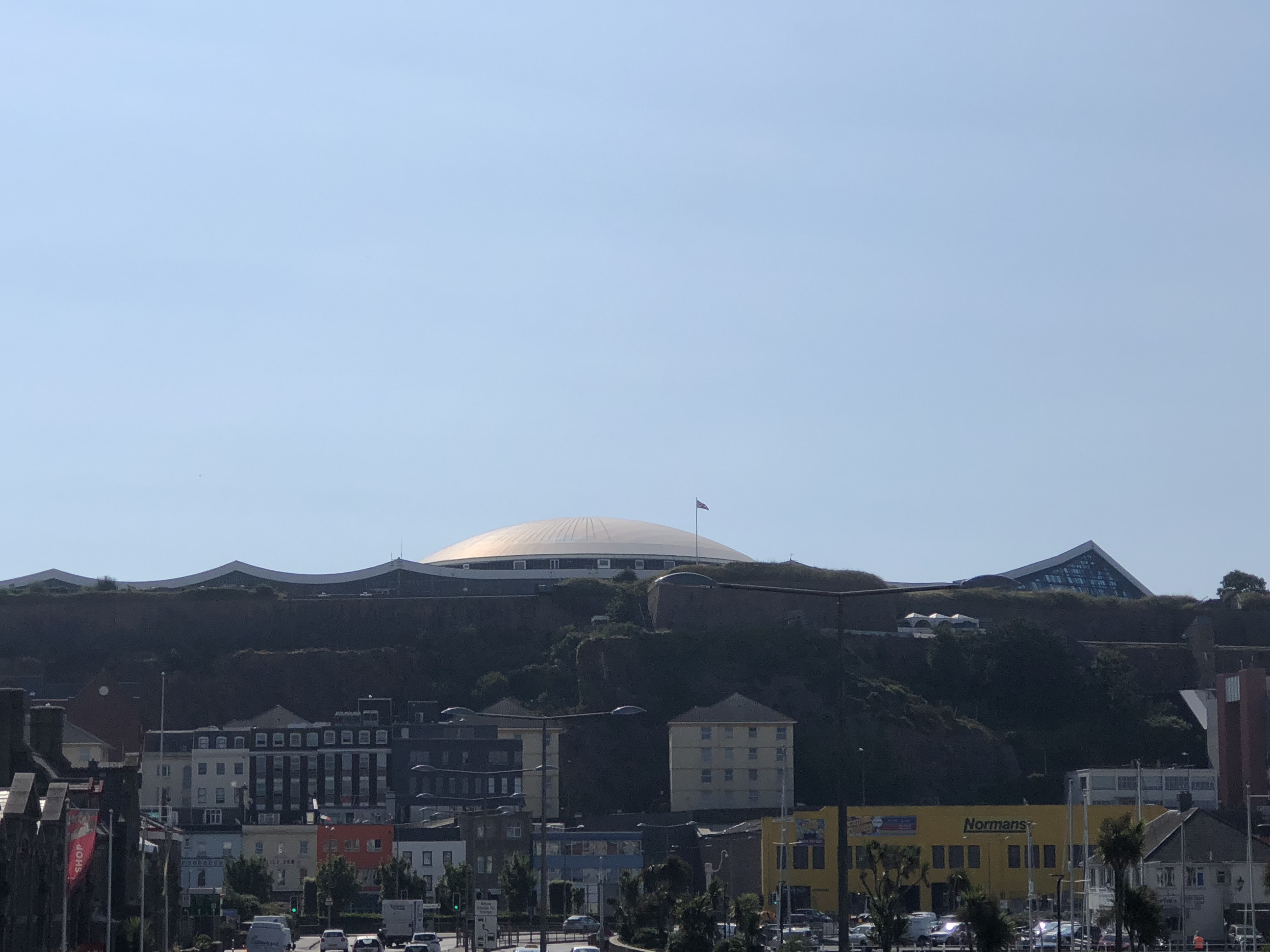 Pictured: Fort Regent's pool will be demolished at the end of July, once the site has been cleared and asbestos removed.

The site has been closed since 2004, and has since fallen victim to vandalism, break-ins and seen some gain unauthorised access to the building's roof.

Adding to the health and safety concerns, strong winds have also lifted and removed sections of the pool's roof and outer cladding.

"The Fort pool holds fond memories for many islanders and its demolition marks the end of an era. However, we can now look to the future and seize the opportunity to create something that will benefit the community for years to come," Assistant Minister for Infrastructure Deputy Hugh Raymond, who leads a group responsible for deciding the future of the Fort, commented.

"The Political Steering Group are developing a long-term vision for the Fort and we are looking for companies who are able to provide practical commercial advice on the long-term options for the Fort's use."

GALLERY: A final glimpse of the Fort swimming pool... 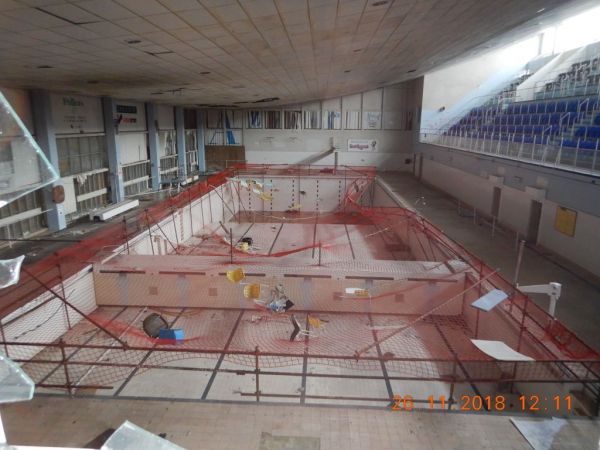 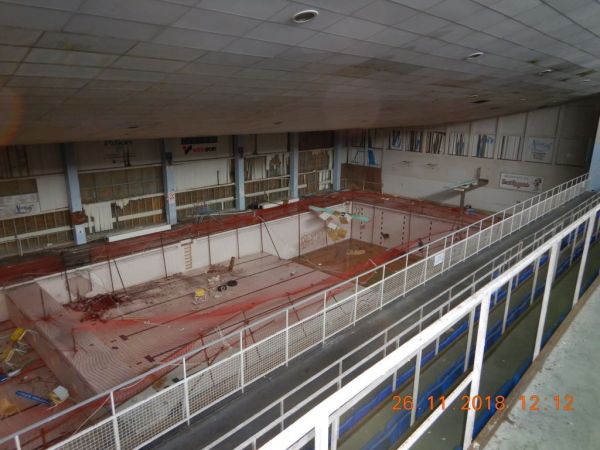 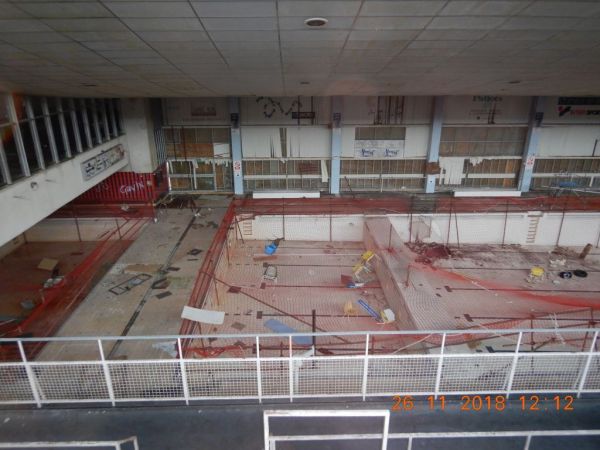 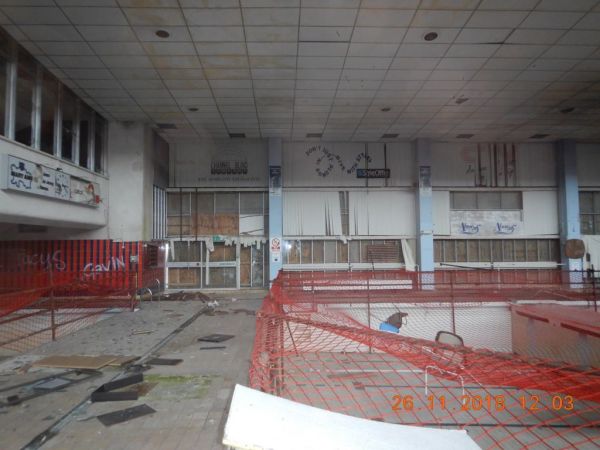 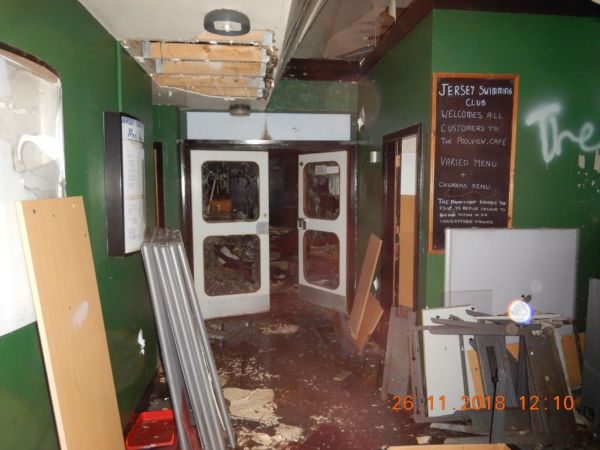 Under the hammer horror: alien attack on Fort

WATCH: Fort Regent to be used as mass vaccination centre