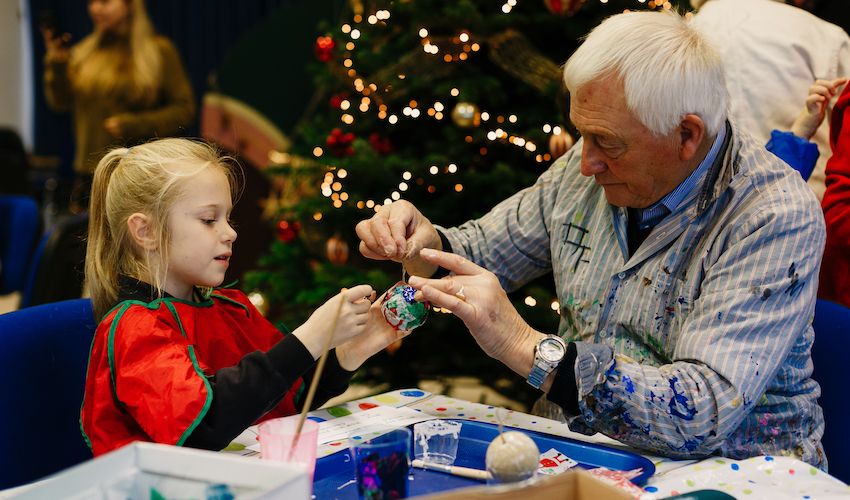 Elderly islanders have praised a new inter-generational art project, with one saying it did them "the world of good." 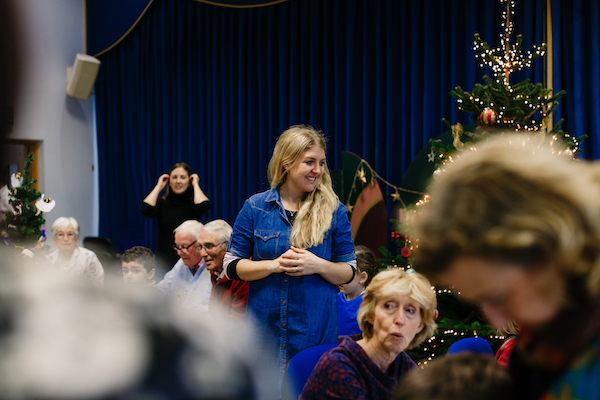 Pictured: The workshop was led by local artist and illustrator Lauren Radley.

The workshop was led by local artist and illustrator Lauren Radley, with the help of volunteers from the parish and members of Bedell Cristin, who are sponsoring the project.

In common with ArtHouse's recently-launched 'Cake and Carbaret' project, the idea aimed to combat isolation among the older generations.

The art workshop was organised following research and consultation of specialists in this field which made ArtHouse Jersey aware of the need for more engagement between the elderly and the rest of society. 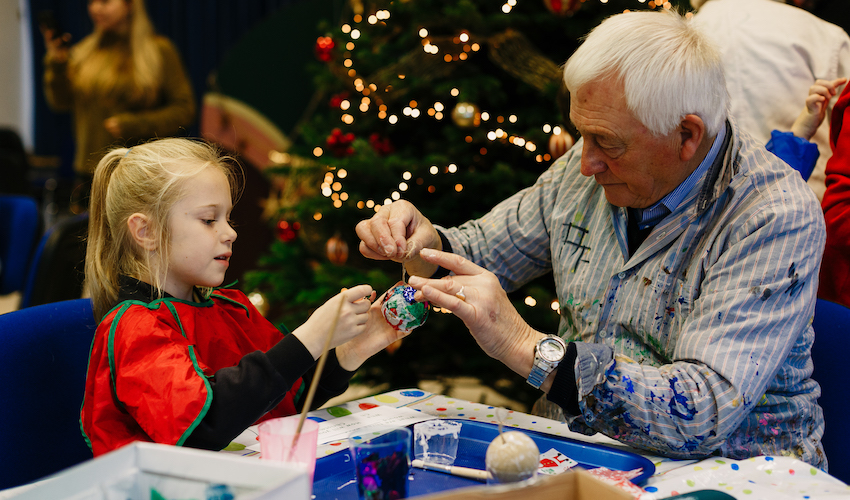 Youngsters were paired with an elderly parishioner and set the task of making Christmas decorations together. The ornaments were then hung on the tree that will sit in the the Parish Hall.

The participants were also encouraged to share their favourite Christmas traditions and, in the case of the older participants, memories from their childhood at Christmas time.

“We talked about what they have on their Christmas list, about whether they have put their decorations yet,” said one of the older participants. “They all want bikes this year, apparently!" 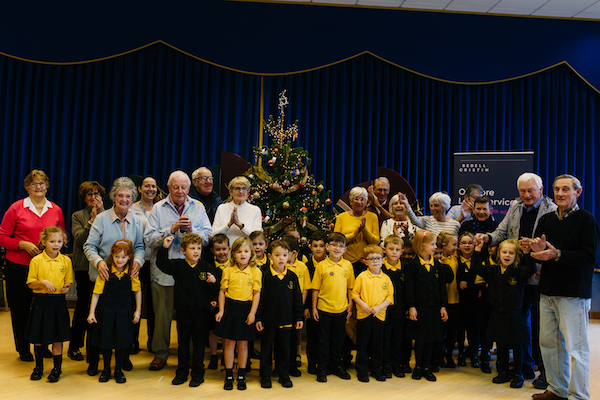 Pictured: This first workshop will serve as a pilot for a future ongoing project.

"I came to help out the children, but I think this has done me the world of good,” another noted.

"Usually we just have friends our own age. It was nice to speak to the older people,” said one of the little ones.

Documentaries like Channel 4’s ‘Old People’s Home for 4 Year Olds’, which saw one of the UK’s biggest retirement villages open a nursery where the classmates’ ages range from three to 102, have brought intergenerational projects to the public eye and highlighted the many benefits of bringing together the young and the old in society. 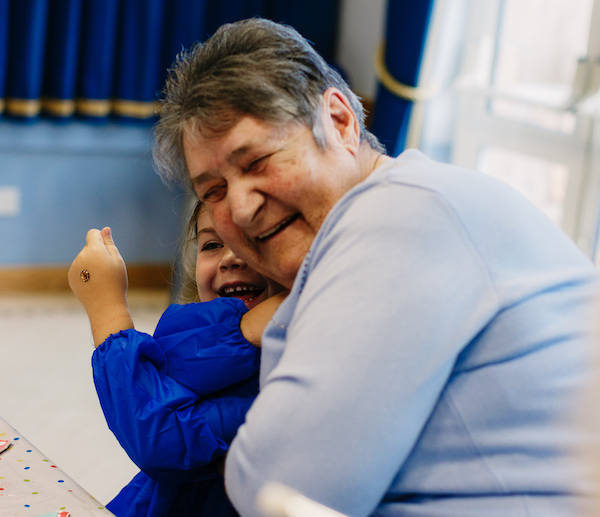 According to research, pensioners who regularly volunteer with children, “...burn 20% more calories per week, experience fewer falls, are less reliant on canes, and perform better on memory tests than their peers."

The community at large benefits from these kinds of initiatives too, as inter-generational projects bring together diverse groups and networks and helps dispel inaccurate and negative stereotypes. 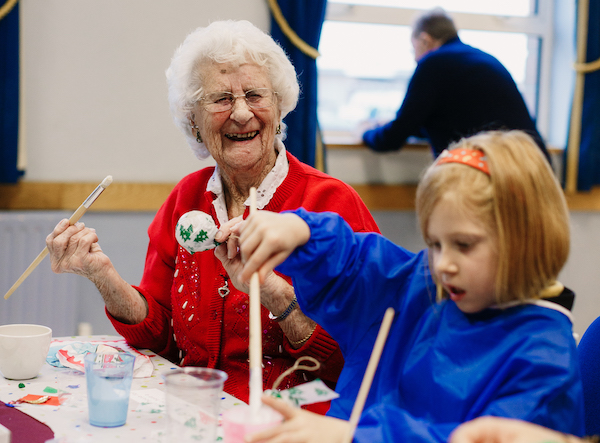 Pictured: Everyone seemed to enjoy the afternoon of arts and crafts.

“We wanted to support an inter-generational project, based on research that emphasises the increasing need for more engagement between the elderly and the rest of society,” Tim Pearce, Global Managing Partner of Bedell Cristin said.

“As an organisation, we are always looking to support projects that engage with the local community and leave a lasting impact, and we believe that the initiative with ArtHouse Jersey will achieve this. The benefits of such projects have been well-documented and we look forward to seeing the impact here in Jersey.”

This first workshop will serve as a pilot for what will hopefully become an ongoing project in the community, aiming to bring many of the benefits outlined above to the Island while fostering a greater sense of community and connection in the Island’s parishes. 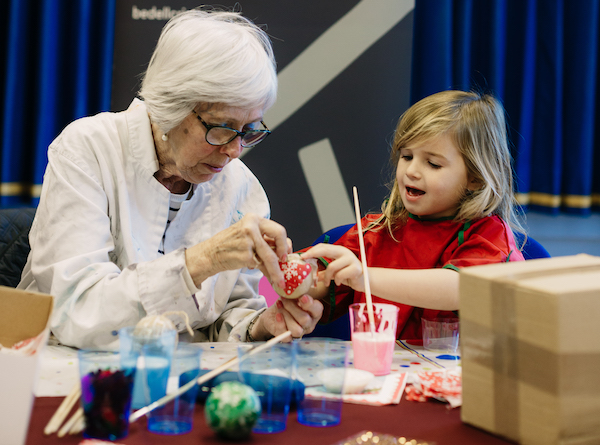 Pictured: The project aims to bring different generations together.

“Intergenerational projects offer the elderly a chance to pass on knowledge and stories to a new generation as well as experiencing the immediate benefit of being energised and reinvigorated by interacting with children,” Tom Dingle, Director of ArtHouse Jersey said.

“It can reignite their sense of purpose and give greater meaning to what can sometimes be a difficult and confusing time in life.

“On an Island such as Jersey many people are separated from their wider family so a project like this becomes an even more valuable tool to bring generations and communities together.”

GALLERY: Making a mess together... 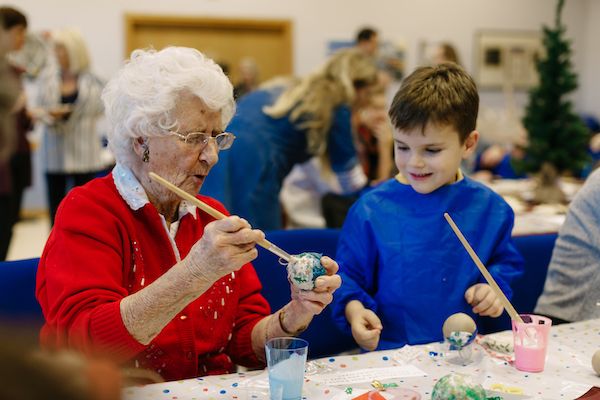 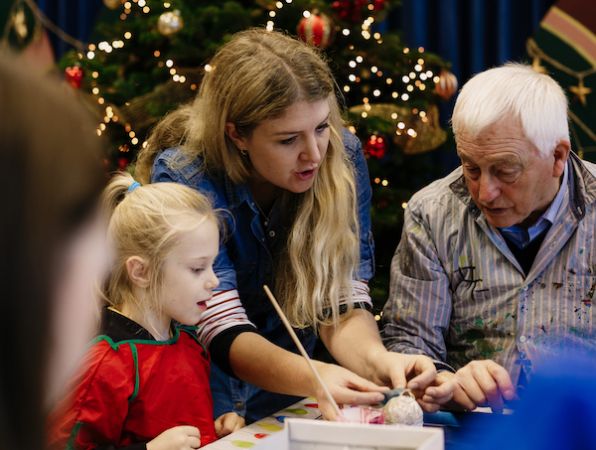 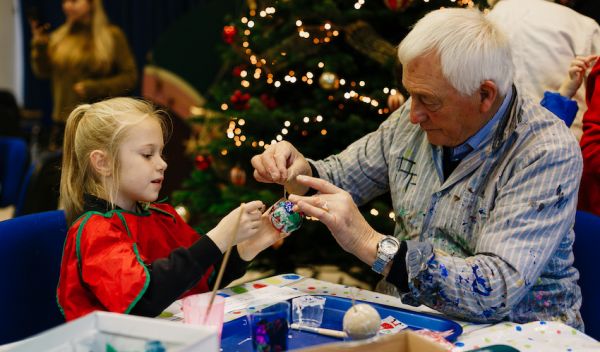 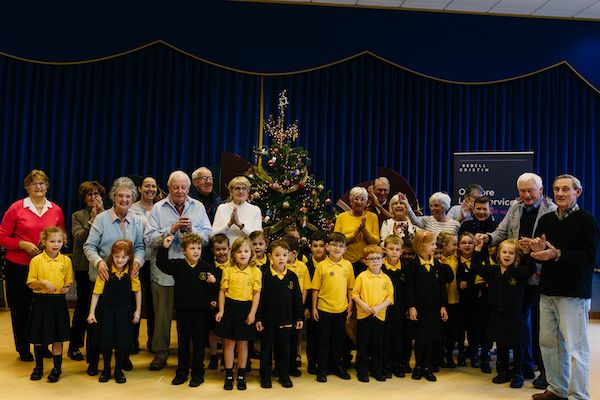 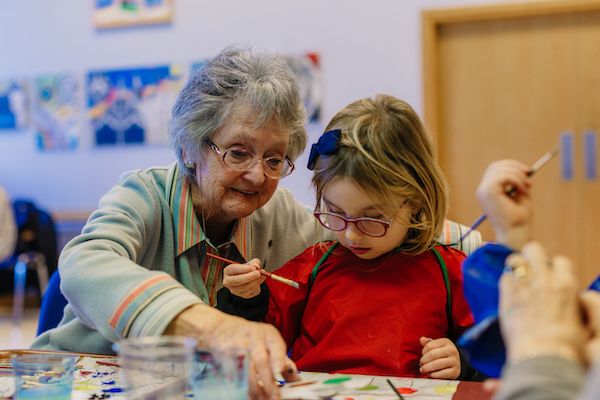 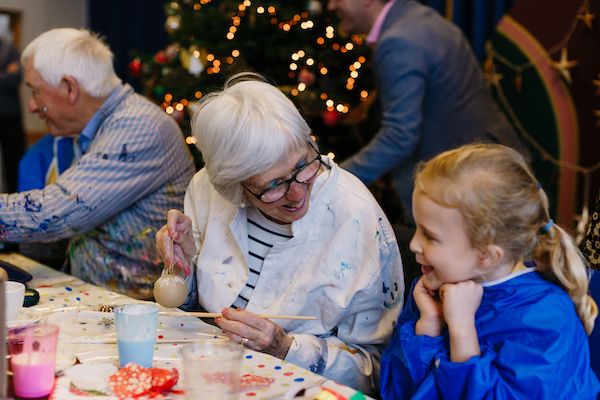 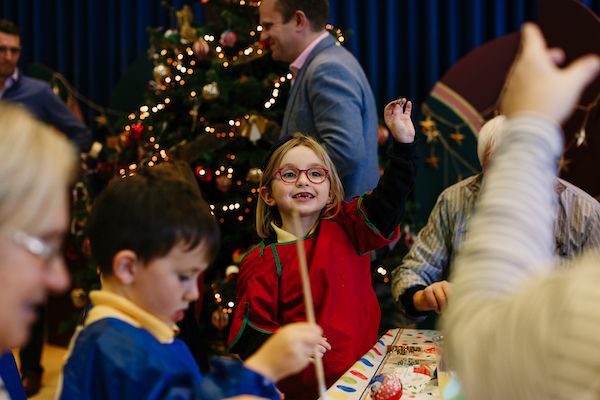 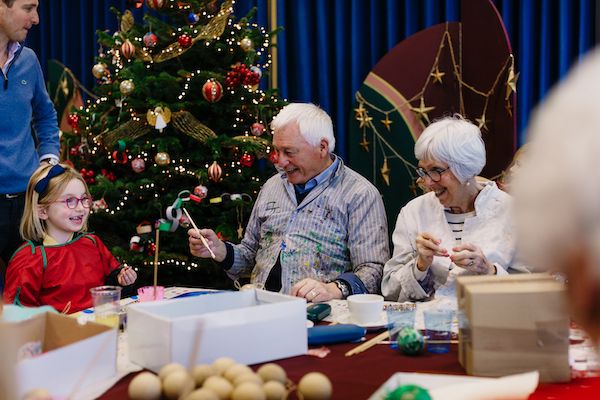 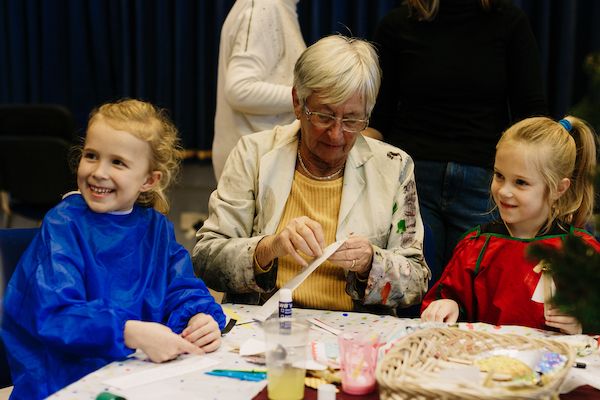 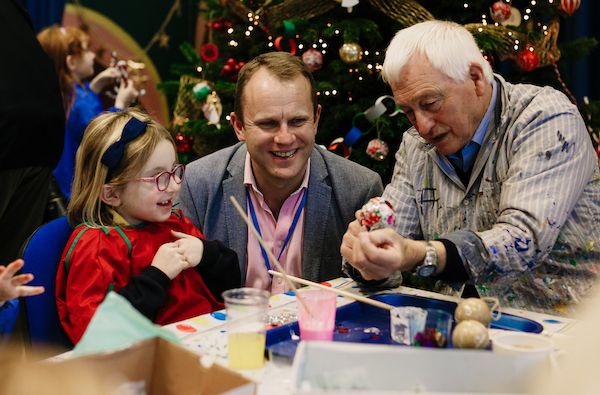 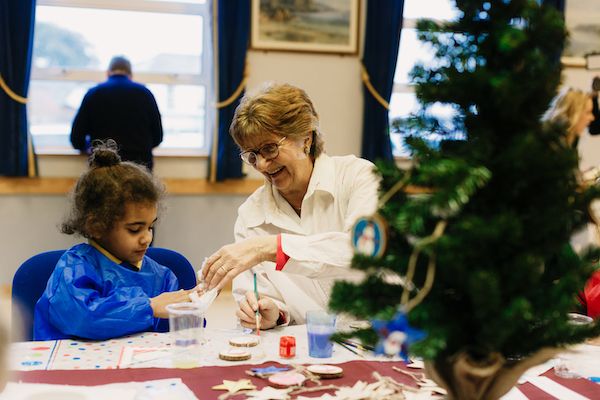 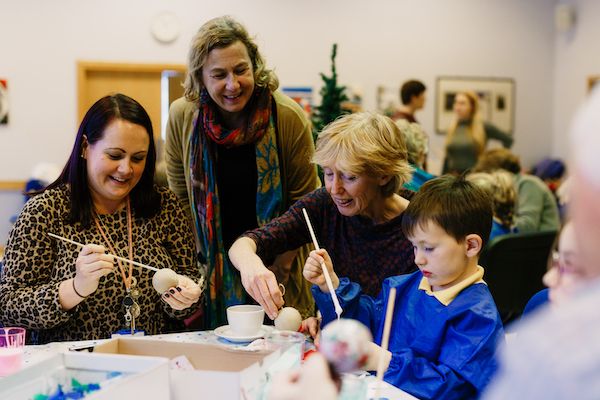 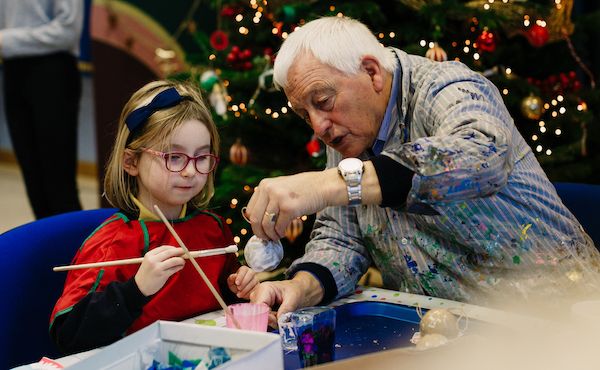 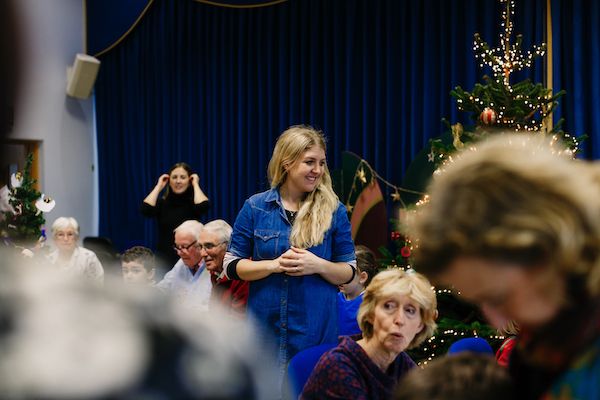 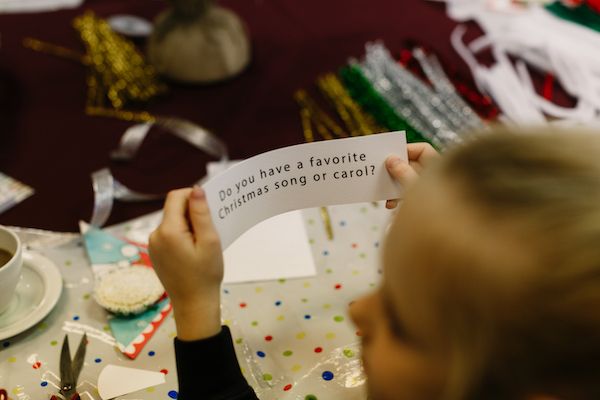 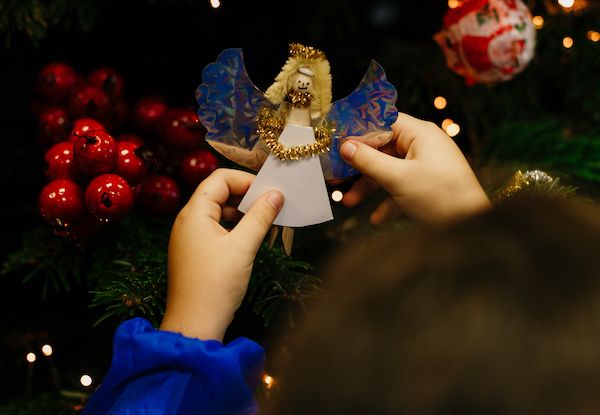 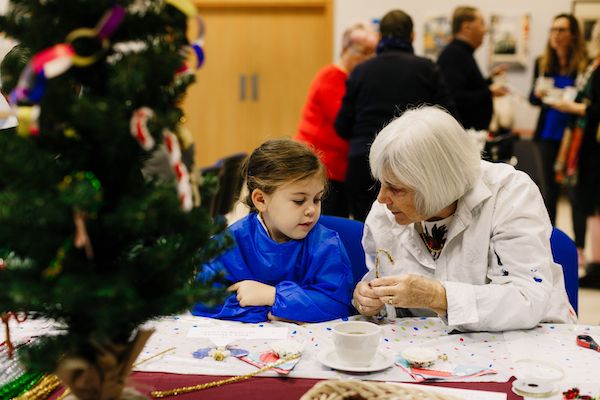 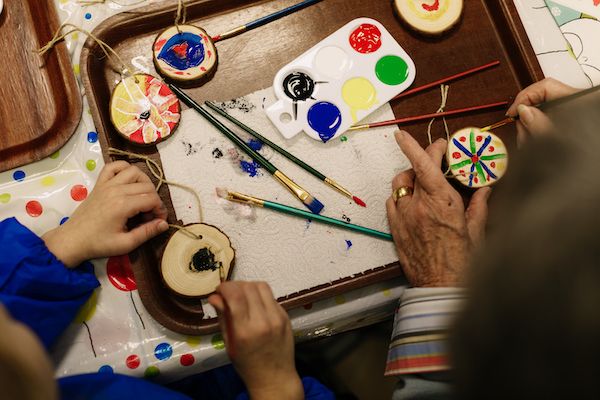 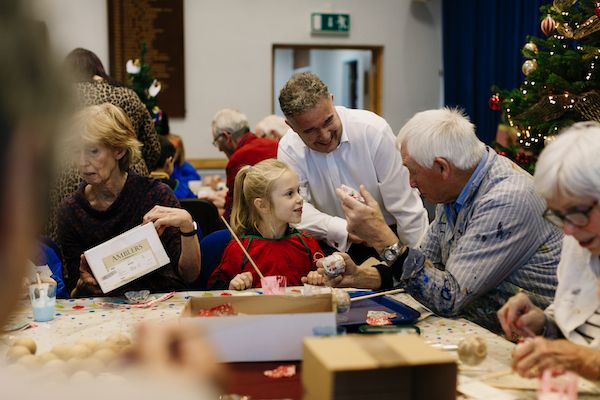 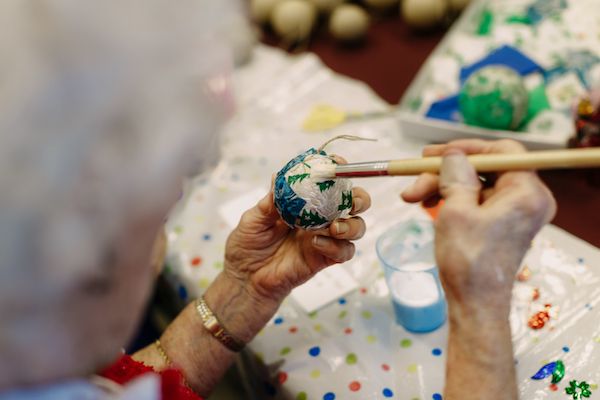