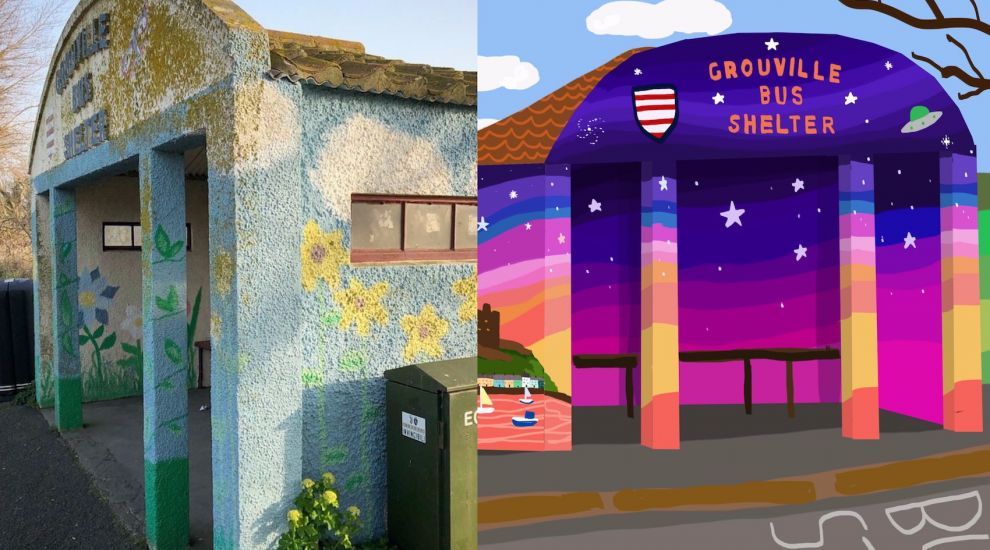 Grouville bus shelter is set to get a colourful revamp combining local and 'out of this world' scenes inspired by drawings from pupils of the nearby primary school.

The shelter's design was created as part of a project by local arts collective ‘RampArts’, and artists Jacques Le Breton and Christy King are set to get painting soon.

The project, which marks the first time the collective has been offered a mural space, started after the collective’s founder, Heather Brown, noticed the current design at Grouville Station shelter was fading away in some areas.

She reached out to the Parish of Grouville, which welcomed the opportunity to refresh the location but also to include pupils from Grouville Primary School - many of whom catch the bus home from the shelter at the end of the day.

Pictured: The current design at Grouville Station is fading away in places.

Heather, who lives in St. Clement, also reached out to her parish to offer to refresh the Rice Bowl mural.

“There was a lengthy process involved in getting authorisation to paint the space, we wanted to make sure that the design celebrated our island, and also involved the children on a creative level, to inspire and encourage their artistic imaginations,” Heather explained.

“The mural features iconic Jersey scenes, Mont Orgueil Castle and Havre de pas to name a couple east side of the tunnel. We wanted to depict landscapes familiar to Parish communities and recognised island wide. The colour palette and added space scene were dreamt up collaboratively by RampArtists Jacques Le Breton, and Christy King, both well known for their love of Jersey and its presence in their artwork.

“Once the final design had the go ahead, I contacted the school with our art competition proposal. The younger classes were provided with a rocket template, to decorate with colours, patterns, and materials of their choice. For the older age groups, we simply asked them to create their own interpretation of a spaceship and asked them what a space craft looked like in their minds, the children really outshone themselves!”

Heather said she had been proud and amazed to see the competition entries, describing the response as “phenomenal”. Christy and Jacques were equally impressed with the drawings, with the former saying he couldn’t wait to replicate them.

In total, the artists and Heather picked 12 overall winners who will have their drawings incorporated into the final design.

The shelter will soon be primed in preparation of the painting phase which should take place in the next few weeks, as soon as the weather allows.

“We will be inviting the community to join us over one weekend, to watch the artwork being painted,” Heather said.

“We hope that the Parish and islanders will enjoy the finished shelter, and smile at its colourful, playful, and out of this world mural!”

Discover the winning designs in the gallery below... 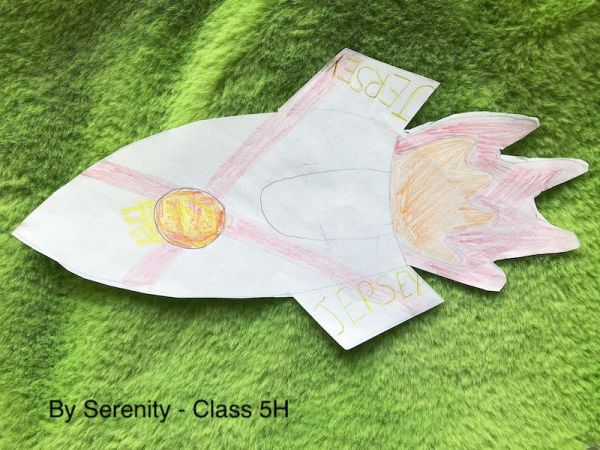 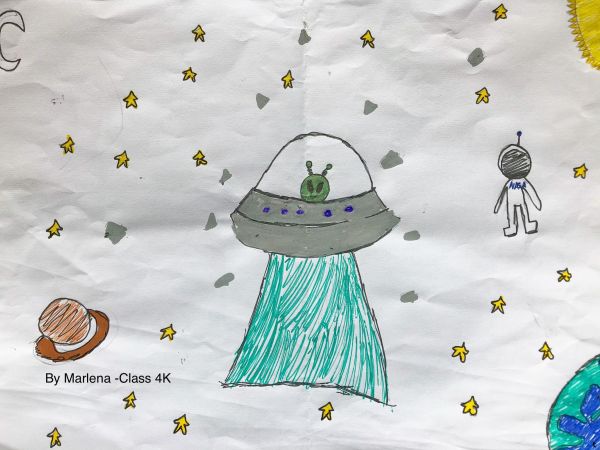 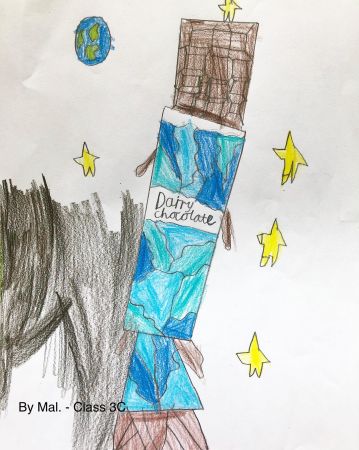 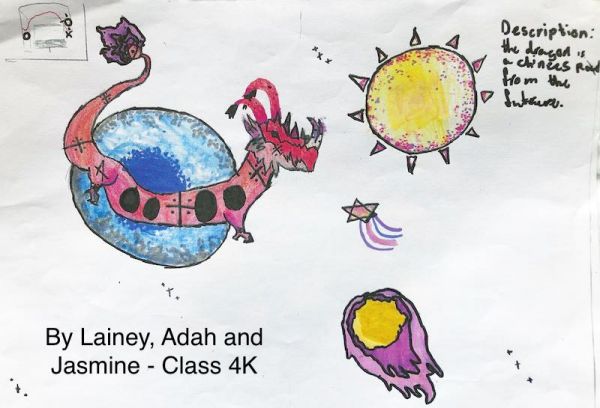 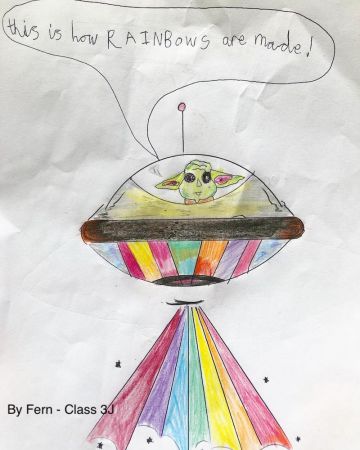 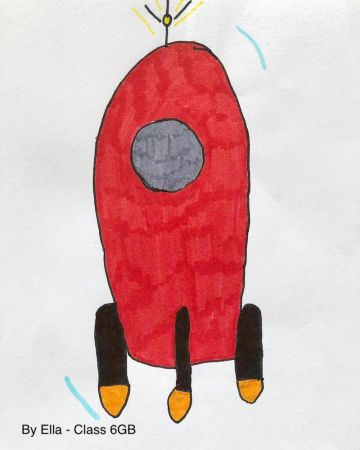 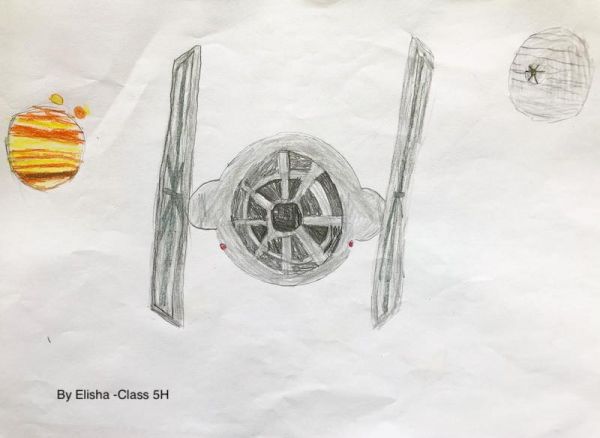 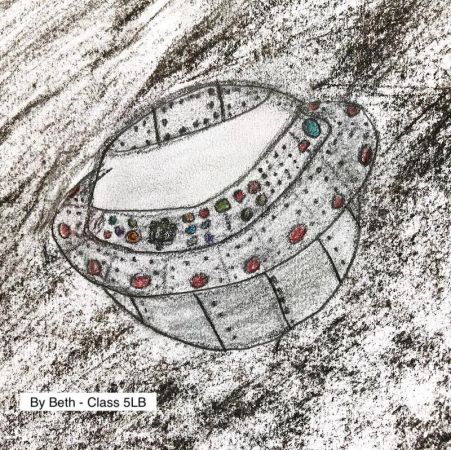 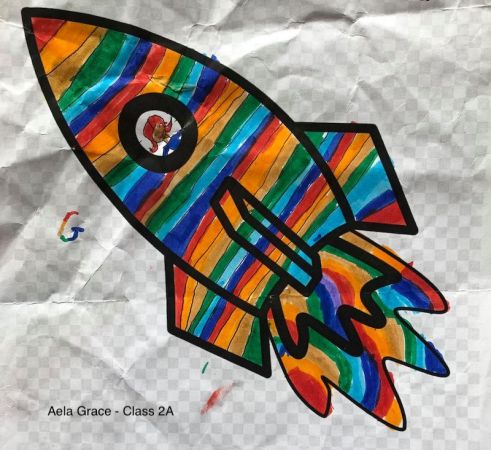 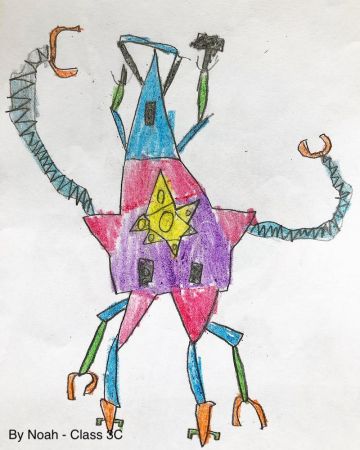 Mexico and furlough lead to a love affair with lino