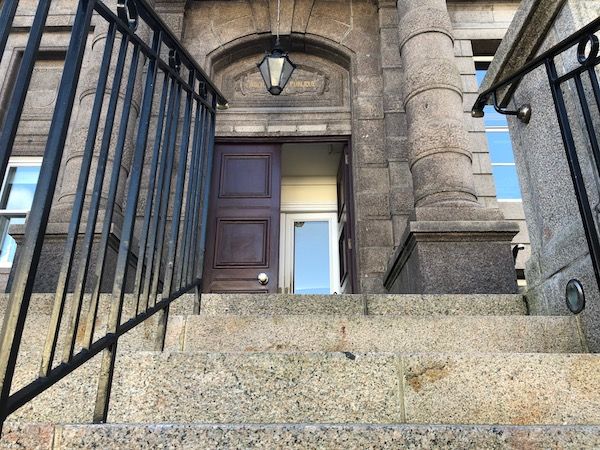 An owner of a gardening business has been fined £10,000 by the Royal Court for breaking the Health and Safety law, after his employee suffered facial injuries.

Jose Romao Gouveia De Castro (69) also has to pay £2,500 for court costs after the Royal Court found him guilty of working “substantially short” of required procedures.

Mr De Castro appeared at the Royal Court on Friday after carrying out “dangerous” work that left his employee with “serious facial injuries,” according to Crown Advocate Richard Pedley.

Mr Jose Luis da Costa Camara had worked for the 69-year-old for six years at his Special Deal Gardening business‘ which carried out general garden maintenance including mowing, weeding, some aerial tree work as well as window cleaning.

Whilst working at one of the company’s regular customers in St. Brelade on 31 March 2017, Mr De Castro was asked to look at a large chestnut tree in the garden as the owner was concerned about its stability, following high winds earlier in the year that had caused damage to neighbouring trees.

Mr De Castro himself went up the chestnut tree, which police estimated to be standing around 30 metres high, with a chainsaw to cut some branches off while Mr Camara footed the ladder and cleared the debris beneath the tree.

But while Mr Camara was carrying out the work, a branch cut by Mr De Castro fell “in an uncontrolled manner from a considerable height” striking Mr Camara on his face, causing a deep 6cm cut from the base of his right eye vertically down his cheek, creating a flap which exposed bone underneath.

A medical report confirmed that the injury to Mr Camara’s face has left him with “reduced sensation to the right lower lid, cheek and upper lip” which is not expected to improve over time, and “reduced tear drainage to his right eye.”

Mr Camara reported the injury to the Health and Safety Inspector a week later. In his statement he described that Mr De Castro has used three ropes whilst cutting the Chestnut tree; one to tie himself to the tree, the second rope tied to the chainsaw and a third rope to “slowly and carefully” lower the cut tree branches to the ground.

But Mr Camara had said he noticed the rope to lower the branches couldn’t reach the ground,  the higher Mr De Castro climbed up the tree. He also said he had “serious concerns” in how the tree work was being carried out and that neither of the men had been wearing personal protective equipment.

Following an investigation, the Health and Safety Inspector, Mr D’Ulivo-Rogers found that Mr De Castro was in breach of the Health and Safety at Work Law as the right protective equipment wasn’t worn while a chainsaw was being used, there wasn’t adequate training and he carried out unsafe working practices.

The Crown explained to the Royal Court that because of these failings there was a real risk of injury to Mr De Castro, his employee and anyone in the area. Advocate Pedley suggested Mr De Castro is fined £15,000 and a costs order of £2,500.

Defending, Advocate Adam Harrison, disputed the fine amount as “too high for this single incident,” and that it was 75% of the value of the business, which Mr De Castro has now sold. He also argued that the tree was not properly measured during the investigation, and that Mr De Castro said it was shorter than 30 metres.

Advocate Harrison told the Deputy Bailiff, Tim Le Cocq and Jurats Nicolle and Dulake, that Mr De Castro had moved to the island in 1974 and had worked in the hospitality industry until 2003, where he took on some extra gardening work for a time, before he decided to start his own gardening business.

He added that Mr De Castro thought he was “competent to carry out the work” as he had previous experience of using chainsaws from working at a logging company while he was in Madeira.

Advocate Harrison explained that Mr De Castro would not allow his employee to use the chainsaw and that aerial tree work involving the cutting machinery was rarely carried out and at no extra costs to the customer, but admitted he had “failed to move with the times in terms of health and safety standards.”

The defence lawyer said Mr De Castro has complied with the investigation and had retired and sold the business shortly after the incident, despite having a good safety record.

After a short consideration, the Deputy Bailiff handed Mr De Castro a £10,000 fine and a costs order of £2,500 stating that the tree work was “inherently dangerous” and Mr De Castro’s working practices “fell substantially short” of health and safety regulations. He told Mr De Castro that he was “doing work you were not qualified to do, but agreed to do for financial gain.”