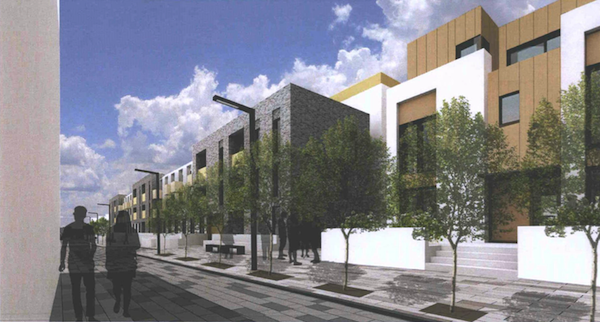 Fewer homes could be built on the former Gas Works site as part of the £45m development given the go-ahead by planners last March.

The developers Brookfield Tunnel Street Holdings Limited now want to build 253 one, two and three bedroom homes instead of 285. 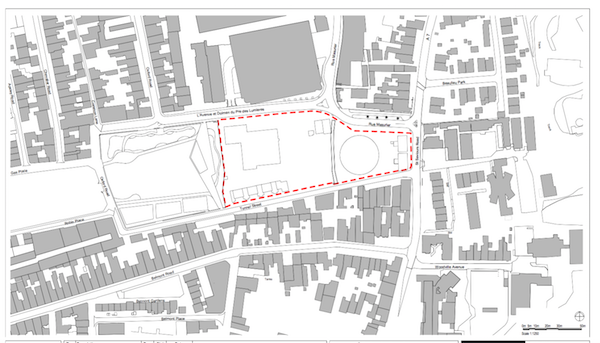 The developer plans to set aside money for the Percentage for Art scheme and commission local artists to create a series of geometric rock formation sculptural installations, a contemporary paving installation and laser cut fretwork corten way-markers depicting the history of the Jersey Gas Light company.

A Megalithic cyst, discovered in 1954, is still buried and the old town stream, Le Grande Douet continues to run through the middle of the site proposed for redevelopment.

One idea is to create a contemporary sculptural interpretation of the megalithic stones in stainless steel and make a seating area out of oak paneling.

Another is to create a contemporary interpretation of the stream, with paving designs that mimic the ripples and eddies of moving water that will run the whole length of the site.

The Developers Statement says: “In committing to this set of proposal the applicant also wishes to support local artists in undertaking the commissioned works and in doing so recognizes that this helps to keep expenditure within the local economy, contributes towards economic diversification and creates employment opportunities for talented local creative.”

"This development represents a unique opportunity to make a hugely positive contribution to the understanding and appreciation of public art within the urban context of St Helier and with capital construction costs estimated to be in the region of £45,000,000 a substantial PFA contribution of approximately £337,500 will be generated creating possibilities for the considerable enhancement of the streetscape.”

They also want to allocate funding to widen the pavement on both the north and south sides of Tunnel Street, introduce traffic-calming measures and lay-by's for unloading, create a turning spiracle at the South West end of Tunnell Street to strop through traffic to Bath Street and plant some trees on the side of the road.

The site was once agricultural land until Thomas Edge bought it back in 1830 to build the Gas Works.

Posted by Mick The Geezer on Oct 19th, 2016
Typical builders ploy invent a massive number and submit the plan knowing it will get refused and then shrink by 10% and get it passed .
To place a comment please login Login »

Andium hopes for green light for a greener St. Helier