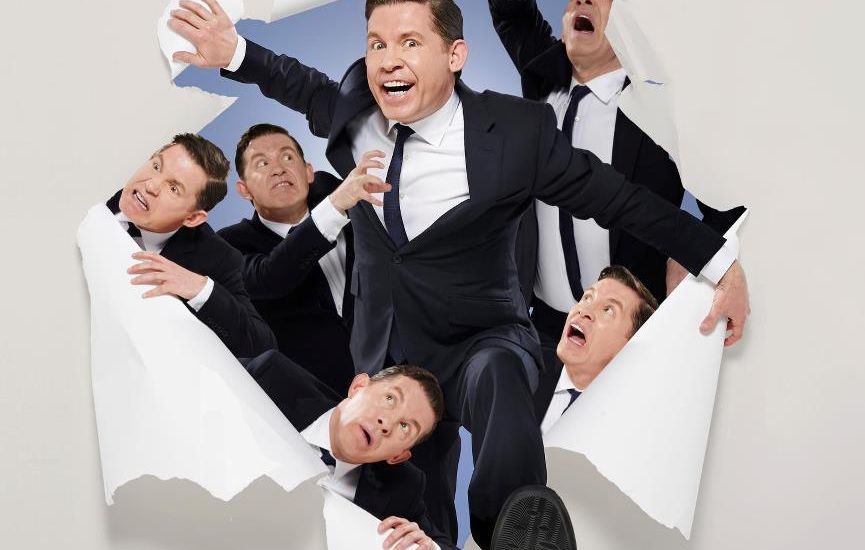 The English stand-up will perform two warm-up gigs on 15 and 16 June at the Island’s theatre before starting his tour of the UK and Ireland with his new show Monsters. But anyone hoping to get a ticket is going to be left disappointed - they sold like hot cakes.

The Opera House say that all 1,250 tickets for the two dates were snapped up in record time, because word spread like wildfire thanks to social media and local press coverage.

Jersey Opera House Marketing and Sales Manager Abi Nance said: “The demand for tickets was unprecedented. Lee Evans sells out 20,000-seater arenas so we knew what to expect. Whether online, on the phone or in person, people were desperate to get hold of tickets and there was no respite.

"At close of play we had nearly 1,000 voice mail messages! With any big event, getting hold of tickets is generally a mission and sadly it was inevitable that there would be some unhappy, frustrated customers.  There were tears from those who weren’t successful, and beaming smiles from those who were. We have smashed all our previous Box Office sales records to date; it was quite a day!”

Lee is one of Britain’s highest selling comedians, renowned for his energetic and sweaty performances on stage. The Bristol-born ex-boxer won the Perrier Comedy Award at the Edinburgh Festival in 1993 and has been a massive hit with audiences ever since. His 2008 tour, Big, was the UK’s biggest ever solo live gig and he was the first solo comedian to sell out Wembley Arena two nights running.

He’s also an established actor, starring alongside Cameron Diaz and Ben Stiller in There’s Something About Mary and with Bruce Willis and Gary Oldman in The Fifth Element. He has also performed on the West End stage in Mel Brook’s musical The Producers and Harold Pinter’s The Dumb Waiter.

Even though the Box Office limited tickets to four per person, they were all gone by 2 pm.