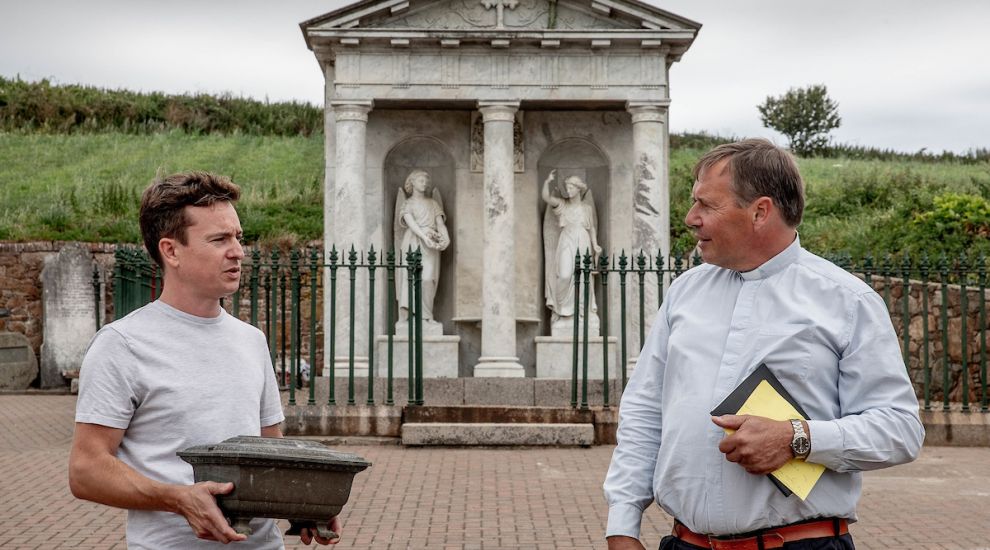 A casket containing the ashes of a couple that was discovered in an old stable by two goat farmers has been placed in Jersey’s "newest and smartest tomb."

Earlier this month, Express reported on the launch of an unusual appeal by Tim Le Cornu and Marianne Shaw.

The couple had recently bought an old farmhouse in St. Lawrence to raise their herd and found the metal box, which had the names Harry and Hilda Graham inscribed on it, while clearing one of the outhouses.

Their search for more details of Mr and Mrs Graham, who died in 1956 and 1964 respectively, has generated huge interest, with many islanders taking up the genealogical challenge to find out more about them. Mrs Graham’s will and testament was discovered at the Archive. 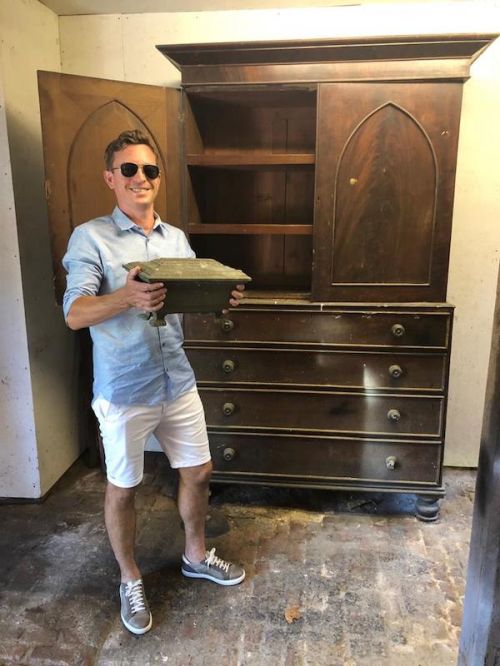 Pictured: Tim Le Cornu with the box of ashes found in a cupboard in the St. Lawrence farmhouse.

Meanwhile, the casket now has a new home in St. Clement’s Parish Church, after the Rector, Canon David Shaw read the Express article.

This week, Mr and Mrs Graham’s ashes were the first to be laid in the church’s newly restored ‘columbarium’, which is a public building or area where ashes are stored.

Built in the early 1800s, the small stone tomb at the northern end of the cemetery was originally a mausoleum for the Labey family but it had fallen into disrepair and was even earmarked for demolition in the 1960s.

Video: The ashes being delivered to the newly-restored 'columbarium'.

“We’re really proud of our cemetery, but the mausoleum was always a bit of a blot on the landscape,” said Canon Shaw.

“It now has a new roof, window, lime-plastered walls and stone tiles. We’ve also cleared one of the two vaults and will soon fill the back wall with marble niches, which is a bit like a locker for urns.

"It’s the first and only columbarium in Jersey, and I’d say it is now its newest and smartest tomb.” 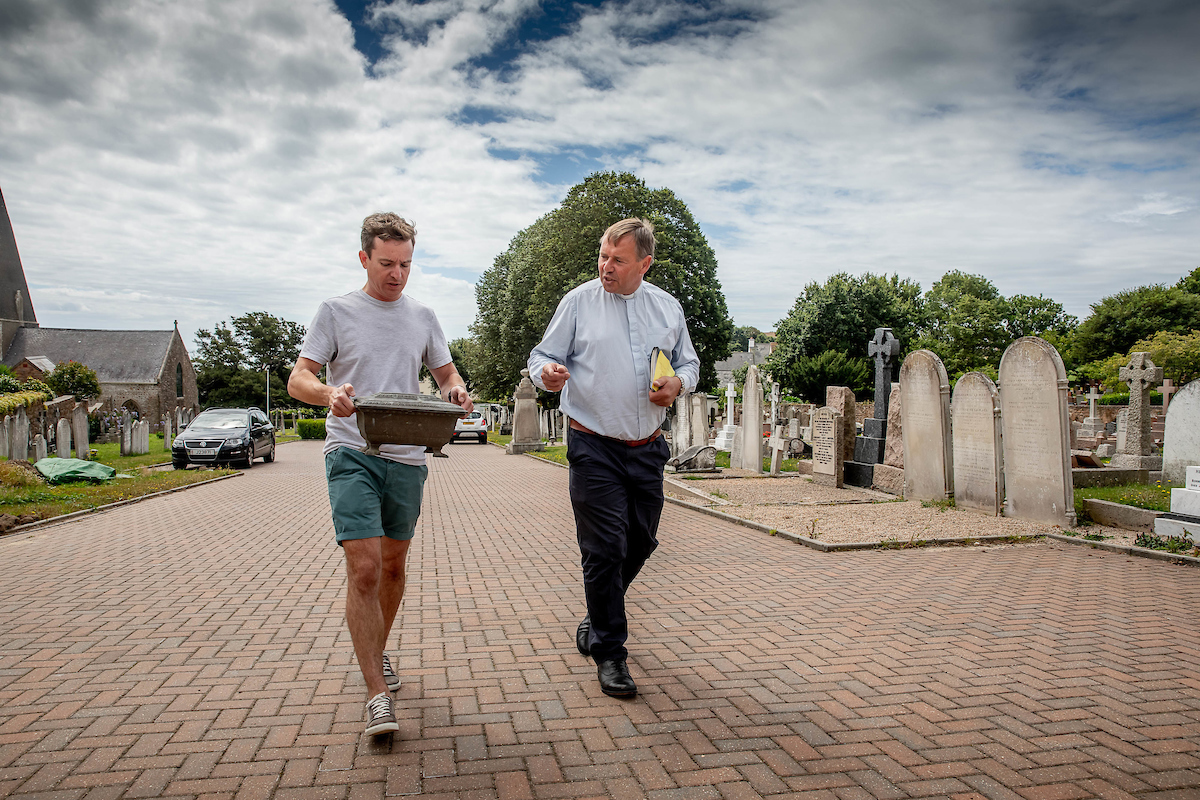 Placing the casket in its new home, Mr Le Cornu said: “My partner and I are just pleased that the ashes will be well looked after in a place that is considerably better than an old shed.

"It could be a temporary arrangement if we find any relatives but, as we used to live in St. Clement and regularly walk past the churchyard, it seems right that the casket is here.”

Mr Le Cornu believes that the casket was probably left in the stable by a lawyer who used to live there, most likely because he was administering the Graham’s estate after their deaths. 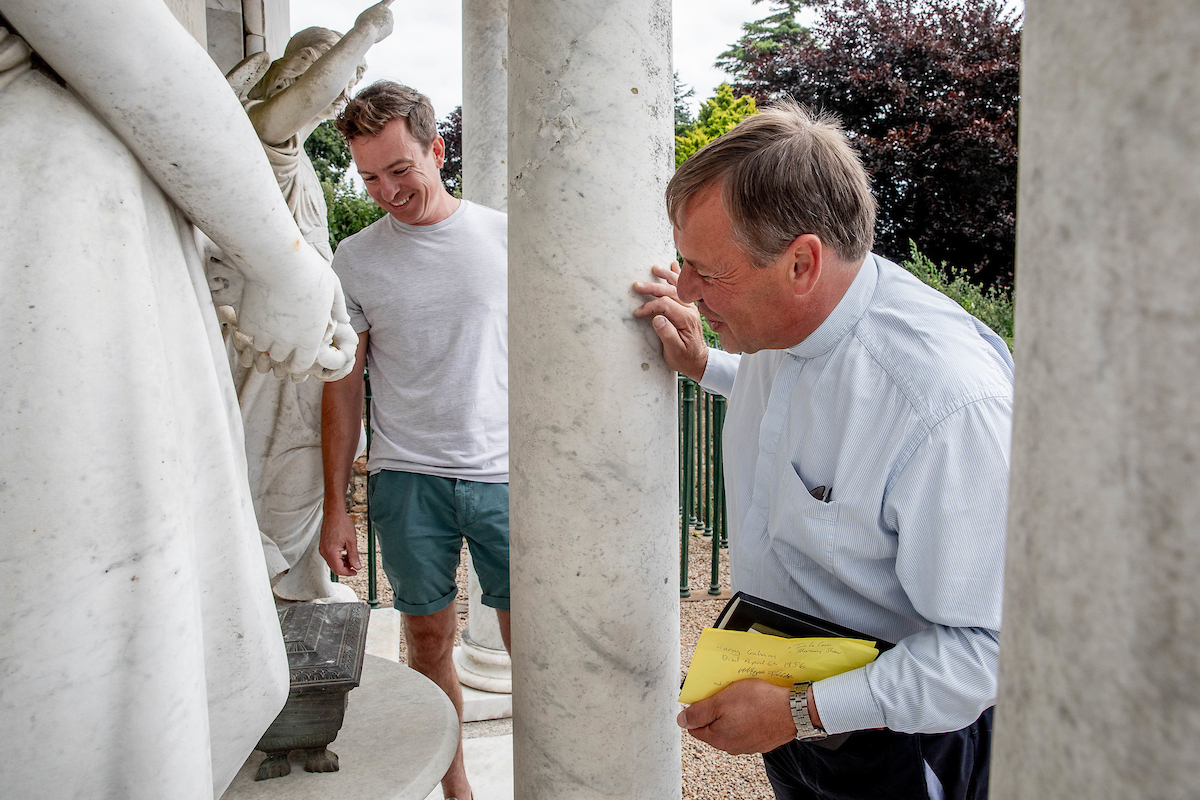 Pictured: The casket of Harry and Hilda Graham will be placed in the vault of the newly restored tomb.

“Maybe he was trying to trace relatives but couldn’t find any, which would explain why there aren't any clear leads today," Tim suggested.

"Kelly Le Quesne at the Socíété Jersiaise plans to delve further into their past so we’ll see what she finds.”

With the search underway, Mr Le Cornu and Miss Shaw can return to tending to their herd of Golden Guernseys at the Jerriaise d’Or Goat Farm. 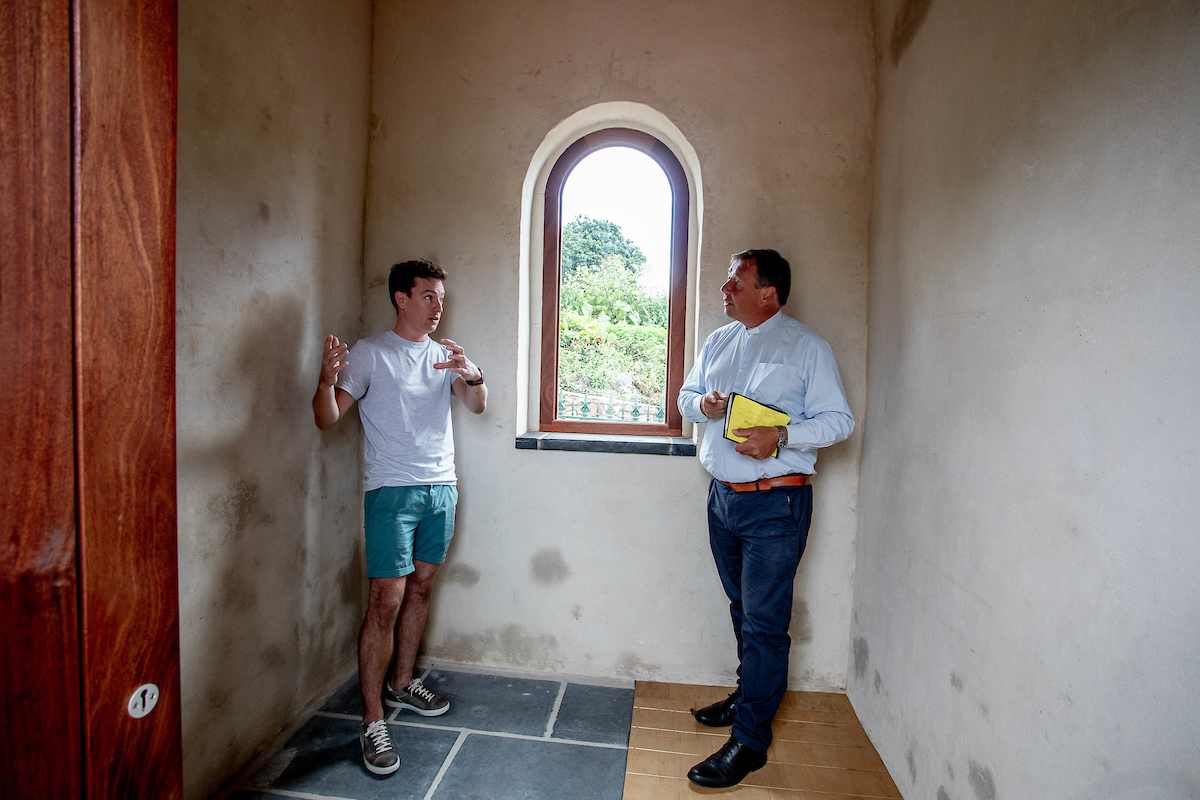 Pictured: Islanders will be able to rent a space in the vault or marble niches for the ashes of loved ones.

The couple took over the St. Ouen-based business earlier this year and moved it to their St. Lawrence home last month.

IN PICTURES: Harry and Hilda being taken to their new home... 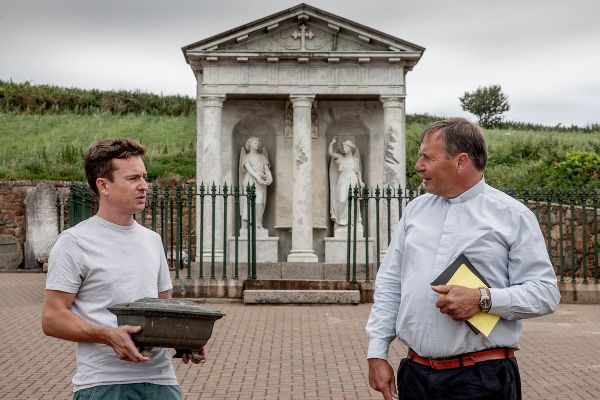 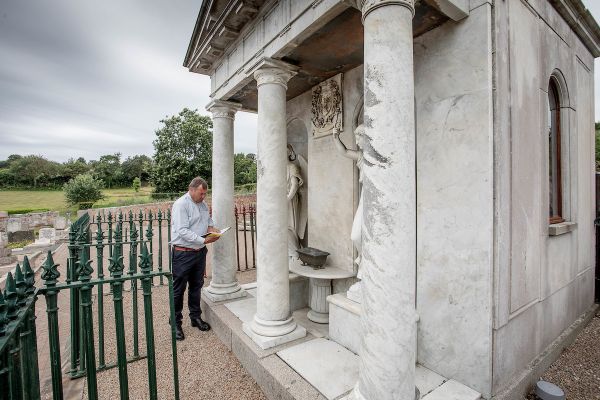 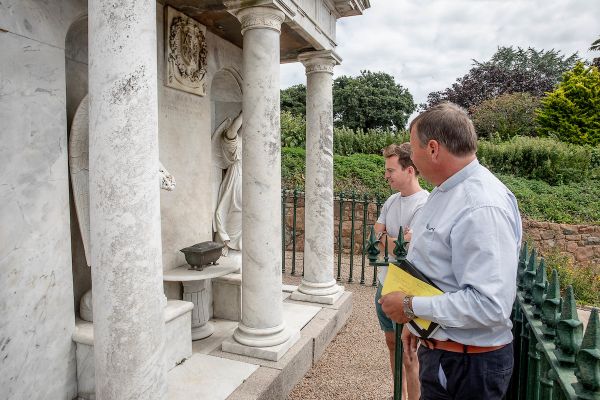 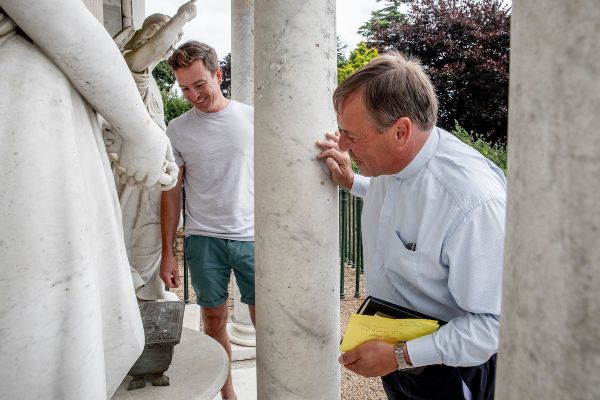 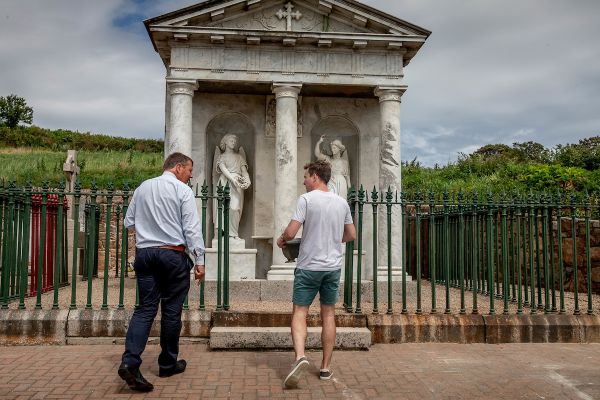 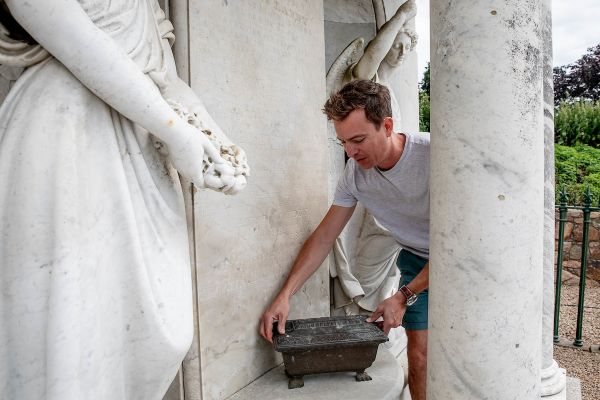 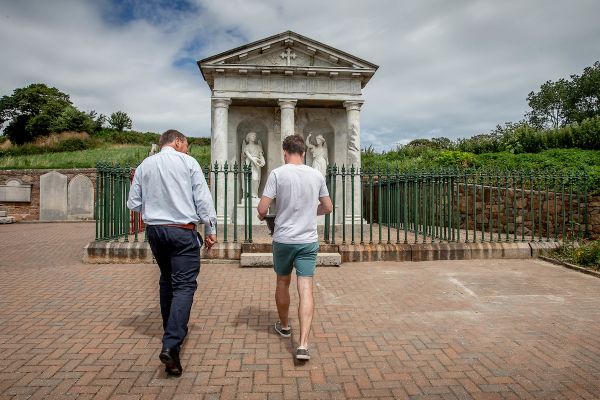 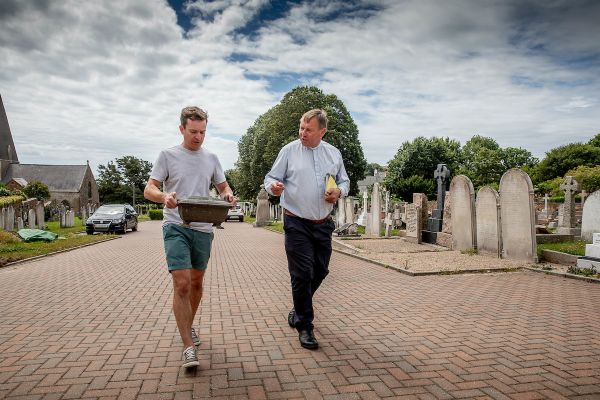 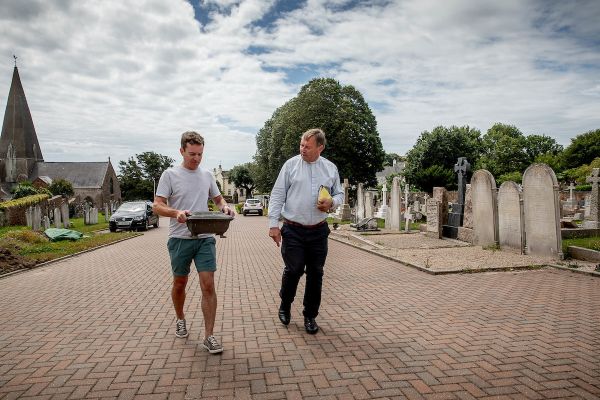 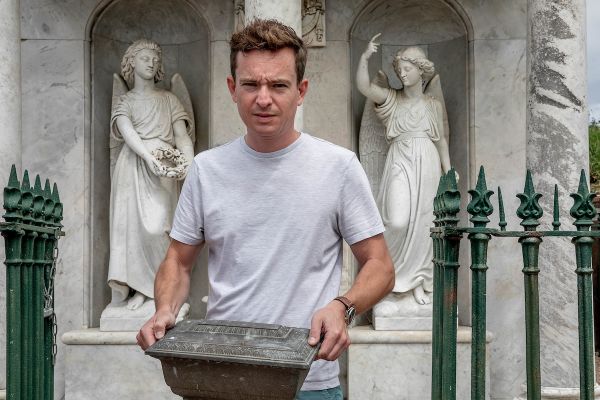 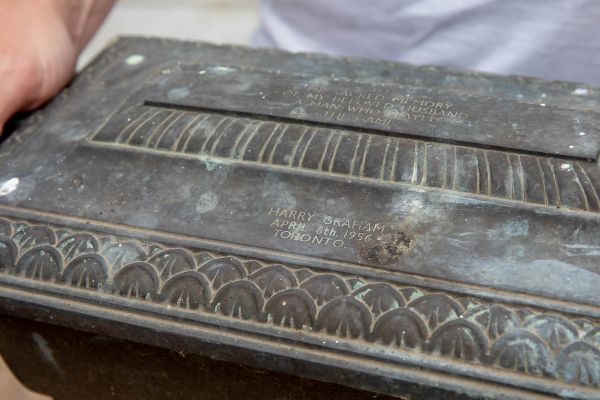 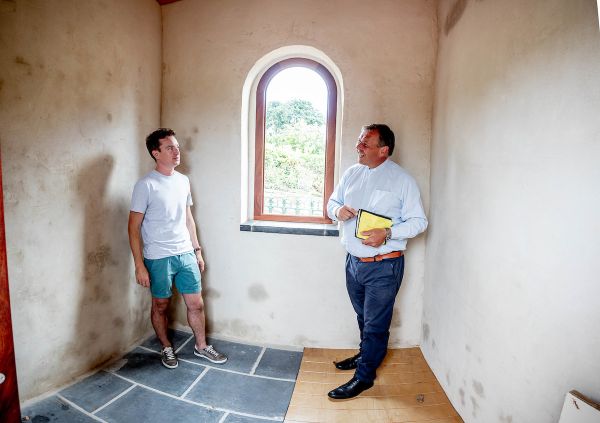 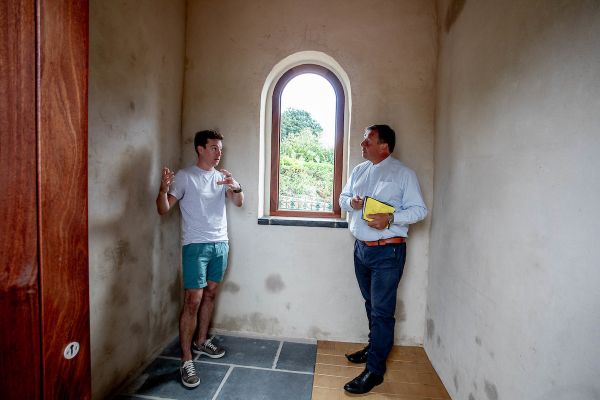 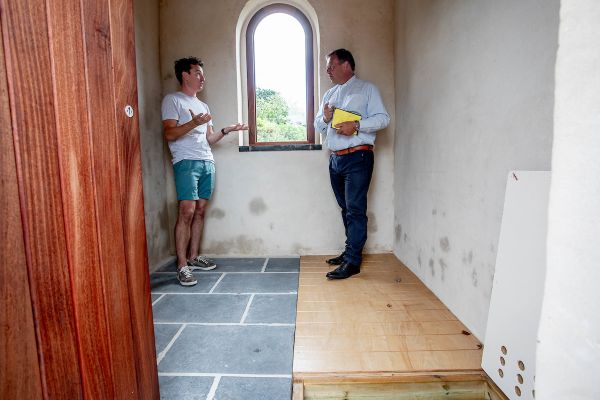 Church offers opportunity for islanders to destress and chat