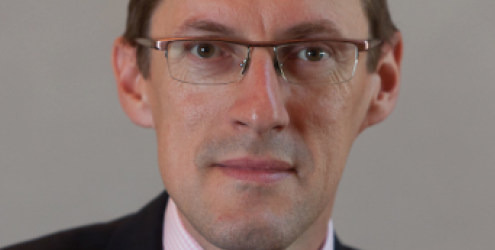 This morning, Chief Minister Ian Gorst made a statement that ruled out Jersey taking on Syrian refugees – over legal fears that it would create a “backdoor” into the Island for any number of refugees from anywhere.

His speech – which was only scheduled at the last minute before the States meeting began – was as follows:

“In September I made a statement setting out my determination to explore what we, as an Island, could do to support the thousands of Syrians forced by violence and fear to flee their homes. I believe that we must respond to this crisis and must help these desperate people. It is the right thing to do.

“Through the Jersey Overseas Aid Commission, we are making a very real contribution to the lives of people in the region. I welcome that. But, as we know, the need continues to grow as more people are displaced, as winter comes, and as the resources and capacity of neighbouring countries are stretched to their limit.

“Jersey has been supporting Syrian refugees since 2013 through the work of the Commission and has so far provided £1 million to aid agencies in the region. An additional considerable sum will soon be ring-fenced for disbursement in 2016.

“The Jersey funds are being put to use at the very heart of the crisis in the Za’atari camp in Jordan, a refugee camp so vast it has now become the country’s fourth largest city. Here, tens of thousands of Syrian and Jordanian families are facing the prospect of an extremely harsh winter. Our funds are being used right now in the frontline relief efforts by the British Red Cross, UNICEF and Oxfam that are helping these families at a time when they are at their most vulnerable.

“In the immediate short term, some of the funds donated by Jersey are being used to provide suitable warm clothing, health kits and necessary drugs for the refugees in Za’atari, half of whom are under the age of eighteen. In addition to this, cash grants are also being provided to the heads of those families, enabling them to budget for their continuing needs over the coming months. This is a measure that, as well as helping to address the immediate crisis, also has a beneficial impact on the local economy.

“In terms of infrastructure, our funds are also feeding into work to provide sustainable water and sanitation facilities in the Za’atari camp in Jordan and in other areas northwest of Amman.

“Over the last three months, we have also been liaising with Home Office officials to establish whether it would be possible to resettle a number of Syrian families in Jersey, via the UK’s Vulnerable Persons Relocation scheme.

“As Members are aware, Jersey does not have its own procedures for asylum. We are reliant on UK processes and, if we were to resettle refugees via the UK relocation scheme, we would be obliged to ensure parity with the provisions made under that scheme. This would include immediate access to work, education and health services, plus the provision of housing and the provision of benefits, or an equivalent income.

“We could find ways to make appropriate provision, either by using powers that exist in law, or by bringing forward new statutory provisions. But doing so would present a significant risk because, under the European Convention on Human “Rights, as enacted by the Human Rights (Jersey) Law 2000, we cannot treat one group of refugees differently from another.

“If we were to make special provision for Syrian refugees, we would leave ourselves vulnerable to a legal challenge on the grounds of discrimination. And this would mean that any refugee – whether or not they were Syrian – who was “living legally in the UK and who entered Jersey could potentially, from their point of arrival, be entitled to the same special provisions.

“We cannot expose Jersey to that risk. Our Island simply would not have the capacity to manage the impact on housing stock, on public services, or on the work market.

“Of course, that does not mean that Syrians or other groups of refugees are not welcome in Jersey. They are. But they would need to come here on the same basis as others resident in the UK or Europe.

“It is also worth noting that even if we had been able to provide for refugees, what is referred to as 'secondary migration' can happen at any time (that is, refugee families deciding to join families in Jersey or leave in order to join other refugees elsewhere in mainland UK).

“I know that most Islanders want to help. Many are already actively involved in raising money to support work in the region, or are engaged in providing practical help and support to the thousands of displaced people who have reached Europe.

“Recognising the very valuable contribution of local charities, we have now introduced a new pay-roll giving scheme which will make it easier for Islanders to donate money in a tax efficient way. An employee can simply make a weekly or monthly donation directly from their salary and, providing the total donation is £50 or more over the course of the year, the taxes offices will ensure that the charity in question receives the tax paid. In short: for every £100 donated, the charity will receive an additional £25.

“The details of the scheme went live yesterday on the States website.

“As the Island’s largest employer, I will be asking that the scheme is promoted throughout the States, thus enabling the many staff who are already generous in their support to make their most of their donations. I hope that other Island employers will do likewise.

“In addition, we will review whether a separate charitable fund should be set up to support people in the region. This would be in addition to the monies already provided by Jersey through the Jersey Overseas Aid Commission.”