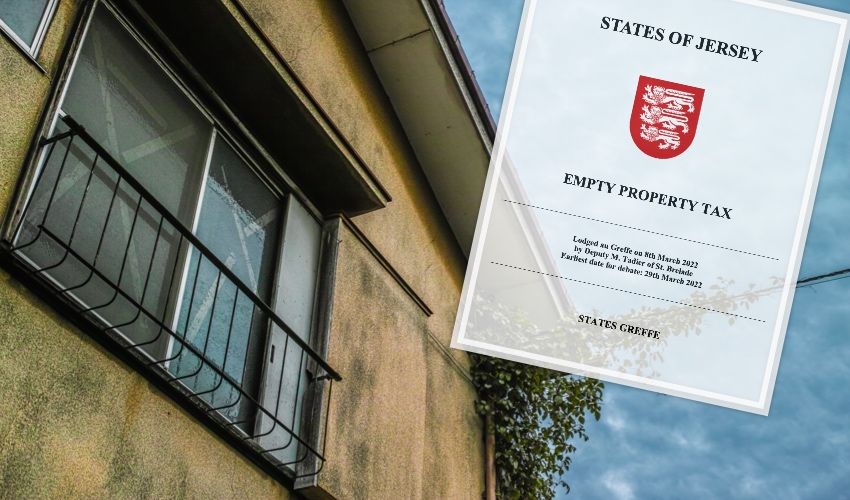 The Government will devise a way to discourage homes from being left vacant for long periods after the Assembly backed a proposal seeking to free up some of the 4,000 empty properties in Jersey.

Nearly all Members supported a proposition by Deputy Montfort Tadier which called on the Housing Minister to come up with options before the end of September.

The only person against was St. Mary Constable John Le Bailly, who called the plan a “chocolate teapot” because, he said, it would have no impact on the housing crisis.

However, other Members praised the proposal, calling it a useful data-gathering exercise which would give the Government a better idea of why 4,000 homes had been empty when the Census was conducted last March, although more information on that snapshot survey will be released soon.

Although also supporting the plan, Home Affairs Minister Gregory Guida made an important intervention when he said it was “a myth and a legend” that there were thousands of empty properties that could be turned over to housing in Jersey.

“People do not willingly keep a property empty because it hurts,” he said. “A property not lived in needs more maintenance than one lived in, and who wants to miss out on, say, £25,000 of rent a year?”

We've revealed the top trending destinations for UK staycations this Easter weekend, with seaside town Prestatyn in Wales topping the list this year ????

Pictured: Deputy Gregory Guida said that hundreds of Jersey properties were listed on the AirBnB website.

He referenced statistics from 2001 which showed that, of the 50% of 3,000 empty homes that could be attributed with a reason for being vacant, 29% were between tenants, 23% were holiday homes, 18% were being built or renovated, 10% were for sale, 6% were when the resident had died, 5% were owned by someone who had moved into care, 3% were owned by people away from the island long-term, and 6% were empty for ‘other reasons’.

“There will be excellent reasons why most of the 4,000 properties were empty in March 2021, including hospitality accommodation for workers who may have left the island during the pandemic,” he said.

“Even if we take the 6% listed as ‘other reasons’, that is still only 240 properties that we could nudge towards someone living in them.”

Deputy Guida added that some vacant properties would have unqualified people living in them, who would not want to feature in official statistics, and there were also up to 400 Jersey homes listed on AirBnB, which may also be listed as vacant.

“If you are counting on this proposal to free up thousands of homes, it is not going to happen,” he said. “There is not magnificent pot at the end of the rainbow to grab.”

Housing Minister Russell Labey reiterated his plan to look at some UK models as possible solutions, including Kent County Council’s 'No Use Empty' scheme and ‘Living Over the Shop’ projects adopted in parts of England, Wales and Northern Ireland.

He thought this would most likely take the form of a “charitable trust taskforce” doing up properties, up to a financial cap, for islanders unable to do or fund the work themselves.

The Deputy added that, should an Empty Property Tax be one of the options, it would only be put forward after consultation with the Treasury.

His department would also work with the parishes, he added, although hurdles would have to be overcome about accessing Rates data to identify longstanding vacant homes.

Posted by Paul Acton-Phillips on Apr 27th, 2022
Is the Housing Minister running a scheme whereby the public can make him aware of properties that have been left empty for a considerable time?
To place a comment please login Login »