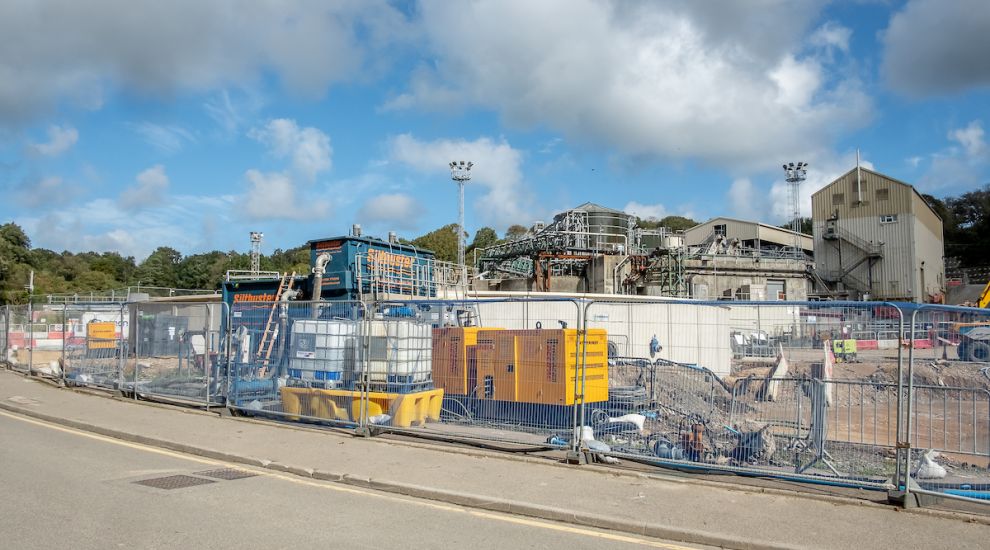 The Government has confirmed it is planning to take control of the £75m sewage treatment works upgrade after the main contractor’s collapse.

NMCN fell into administration last Monday after struggling financially for more than a year and all activity on the Bellozanne site ceased that day, leaving local contractors concerned that up to £200,000 of their money could be lost.

Galliford Try then bought NMCN’s water arm in a £1m deal last week, leading to questions over whether it would take on the project.

But Infrastructure Minister Deputy Kevin Lewis confirmed today that his department’s contract with NMCN was officially “terminated” yesterday, and that the Government would be taking the “necessary steps” to become “principal contractor” following discussions about the project’s future with advisors and stakeholders.

He added that his department remained “committed” to ensuring the “vital infrastructure asset” is completed “within expected budgets, quality, and timescales”.

Discussions with subcontractors will be taking place this week and next, with an announcement on the next steps to follow later in the week, Express understands.

However, just a fortnight ago, the Environment Minister said the end date was now in 2024.

Posted by SimonBevens28 on Oct 14th, 2021
Good news that the government are going to become the principal contractor. As we all know, they have an excellent record of finishing projects on time and to budget with minimal fuss.
Oh wait....
Posted by Private Individual on Oct 14th, 2021
This government is a joke.
Posted by captain sensible on Oct 14th, 2021
Looks like the Circus has decamped from Bellozanne, now it is time to send in the Clowns and finish the performance. And we are told this will all come in on budget, which means one of two things. Either the budget was fancifully too high in the first place. Or we will run into some unexpected problems and it will cost another £10 or £20 million.
Go buy a lottery ticket to decide the outcome.
Posted by Lesley Ricketts on Oct 14th, 2021
Oh please give us a break. What next in the long line of overspends and overruns?
To place a comment please login Login »