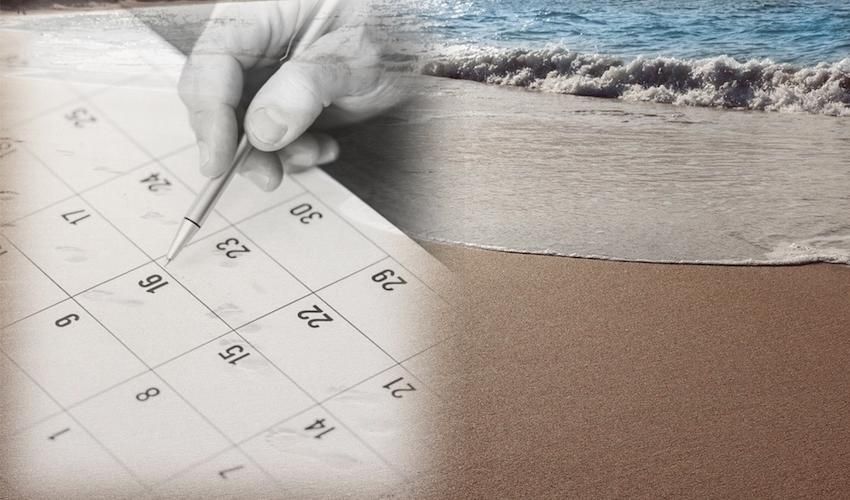 The Government’s answer to costly confusion over an elusive strip of publicly-owned coastal land is slowly being swept away, as the deadline for a key report has now been pushed back another four months, with the allotted budget already 70% gone on lawyers' fees.

The report is supposed to determine once and for all where the ‘foreshore’ begins and ends, even though the government has so far pursued several homeowners for substantial encroachment fines.

Infrastructure Minister Deputy Kevin Lewis committed in a Scrutiny hearing that the report would be published in January 2020. But according to the answer to a Freedom of Information (FoI) request, the review which promises the end to all the confusion, has now been pushed back another four months until at least April next year.

The Government say that the delay is due to the availability of the department’s lawyer...and the realisation that the project is actually more complicated than first anticipated.

Even the April estimate is being described as a “flexible” deadline. 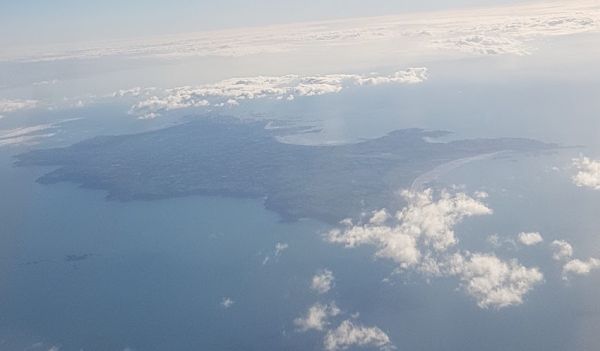 Pictured: The Government say that the review is more complicated than first thought.

When asked about the delay, a Government spokesperson said: “The review of the Foreshore Encroachment Policy is delayed due to two factors associated with the work in researching the land-side boundary of the foreshore – Officer resource and the uncertain nature of the research/investigation.

“The research of conveyancing contracts, historic seawall drawings and other documents/Acts is a service provided by the Law Officers’ Department. It has been necessary for the LOD to engage a conveyancer on a contract basis to carry out the bulk of the work. The contract conveyancer’s availability has varied from month to month, which has impacted on the programme.

“The second factor is that the first level of research has, in some stretches of the foreshore, identified the need for further investigation work and site visits, including land surveyor work. With the nature of the task, it is impossible to predict the extent of the foreshore where a greater level of more detailed research will be needed.” 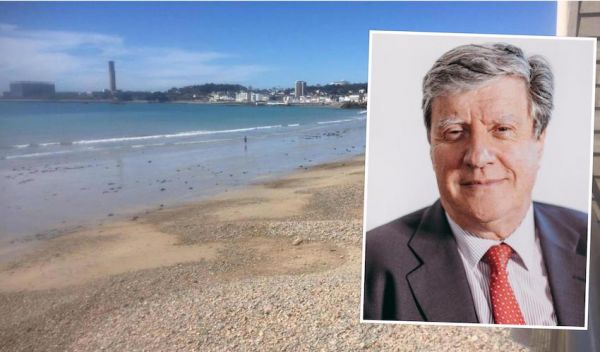 Pictured: The Infrastructure Minister's commitment to a January publication date has been scuppered.

The longstanding crisis over the foreshore was brought to light when Express revealed the struggles of two coastal homeowners – Alan Luce and Julian Mallinson – who were slapped with hefty fines from Jersey Properties Holdings (JPH) when they tried to sell up due to claims that their houses were built on public land.

Long-contested and vaguely defined as the area of land “lying between the low water mark and the high water mark of the full spring tide,” disputes over the foreshore have prompted the Government to carry out a review to assess where exactly the boundary between public and private land lies.

The problems arose when the Queen – who originally owned the foreshore and seabed – gifting the land back to ‘the public’ in 2015. Following this, JPH have pursued financial recompense from owners of seaside property, even if the building was on the foreshore before the land was gifted back to the people of Jersey.

The Government ‘Landside Boundary Review’ was begun in the first quarter of this year as a joint project between JPH and the Law Officers’ Department, but there is some confusion about whether the official scope of the project has been finalised before work commenced.

In the FoI response which brought the review’s delay to light, it says that the terms of reference for the project couldn’t be provided as “they have not been finalised."

However, when Express put this to the Government, this was contradicted by a spokesperson who said that the terms had indeed been finalised.

Express has sought clarification about this discrepancy and is awaiting a response.

Campaign group, Save Our Shoreline has recently published a report on the saga, which calls for the Chief Minister to apologise to the Queen over the way her gift has been used, to stop pursuing islanders for fines relating to an ill-defined area, and to grant an amnesty to islanders who may be involved.

Posted by Alan Luce on Nov 15th, 2019
Interesting fact but encroachment is not just about foreshore and the feudal or otherwise complications...if the same policy was applied to all publicly owned land or parish land.... including roads etc, then the utilities will have to pay. Pipes under the road... encroachment....outfalls.... encroachment.... undersea electricity and telecommunications encroachment...... it won’t end!
Posted by John Henwood on Nov 15th, 2019
Another failure by Jersey Property Holdings (JPH). They can't adhere to a timetable and weakly blame their lawyer and it looks very much like the review is going to run way over budget. In any event, how can one have any confidence in the outcome of the 'Landside Boundary Review' as it is being led by JPH who perpetrated the injustice on foreshore homeowners. This is getting more and more messy and yet the Minister stays silent; does he accept no responsibility for his department? For the umpteenth time, the government must get a grip on this issue and wind up the incompetent JPH and appoint a competent, independent board to look after our land and property assets.
Posted by Michael Du Pré on Nov 15th, 2019
I am sure that the Queen did not suddenly wake up one morning and feel a sudden urge to gift Jersey’s foreshore to the people of Jersey! Someone or a group of interested parties must have prompted her to do so. This being the case, what was the reason behind this request and why did no one have foreknowledge of it? There must have been a good reason behind the request and surely it wasn’t simply to raise levies on a few poor unfortunates. It is important for the public to understand the reason(s) provided to the Queen so that it can see that the gift is being used for the intended, stated purposes and not any devious ploys which benefit mainly those persons who made the request. Can the public see a copy of the request?
To place a comment please login Login »