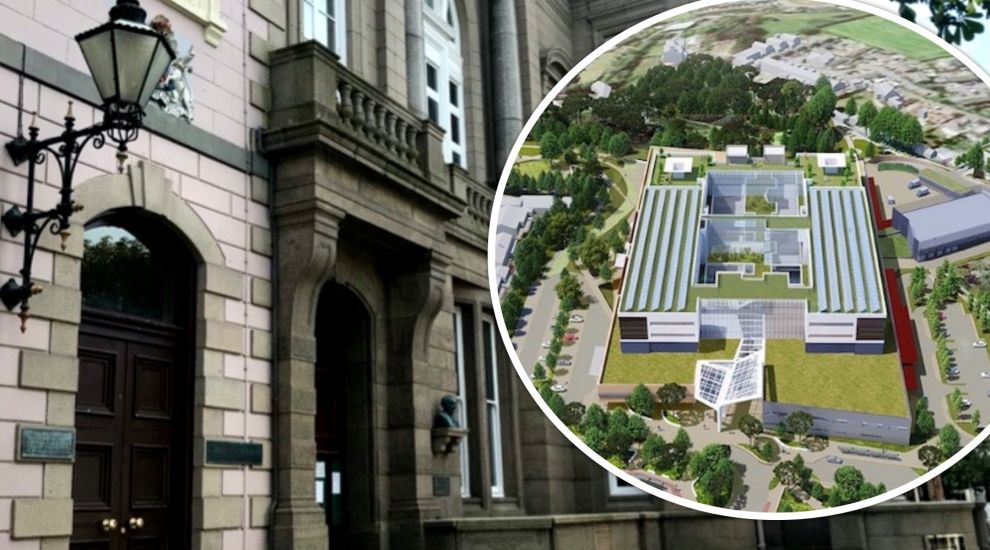 The Government could face a legal challenge if it does not delay the planning inquiry into the new hospital, a heritage group is warning.

The planning application for the new hospital is due to be judged against the new short-term Island Plan, which is due to be voted on in March.

However, islanders and other interested parties have only been able to assess the planning application in line with the soon-to-expire 2011 Island Plan that is currently in force, and have made arguments referring to its policies.

Campaign group Save Jersey’s Heritage says that the current situation – with the inquiry due to take place just days after the policies against which the application will be judged are decided – is “a highly unsatisfactory situation” and opens up the Government to challenge by judicial review.

The crux of the situation is that fact that the Government wants the Our Hospital planning application to be determined before the end of this political term, so before 22 June and ideally before the period of purdah, which starts in May.

However, at the same time, the current 10-year Island Plan has reached the end of its life. It was decided in 2011 and is due to be replaced this year by a ‘Bridging Island Plan’, covering 2022-2025.

The ‘BiP’ is due to be debated from 14 March. States Members have lodged 60 amendments and the plan is currently being reviewed by two independent planning inspectors, who are due to publish their recommendations at the end of this month.

One of the policies in the BiP being reviewed specifically relates to the whether Overdale should be ringfenced for the new hospital. 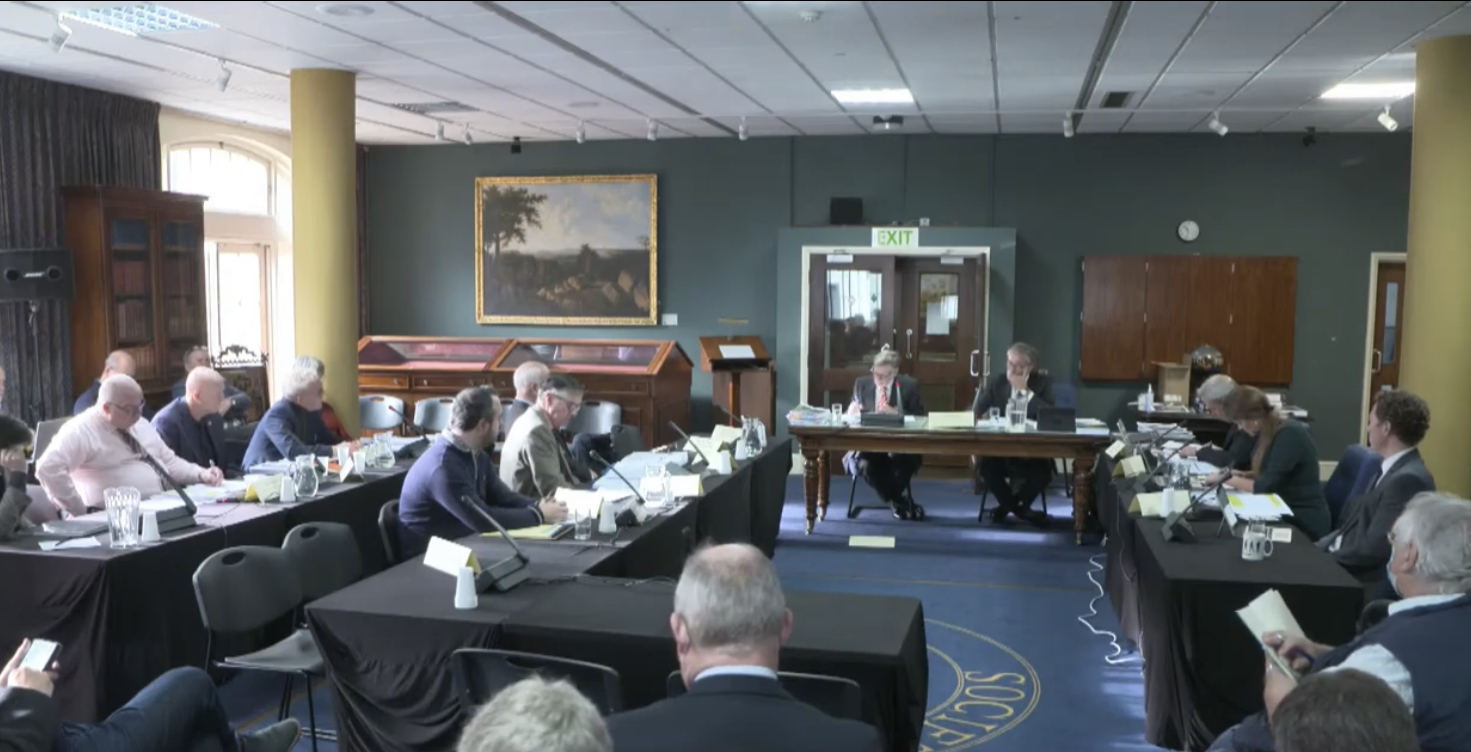 Pictured: The recommendations of a review into the Bridging Island Plan by independent planning inspectors is due to published at the end of this month.

In parallel, the hospital planning process is taking place. A planning application was submitted in November, which has attracted more than 70 public comments.

The application will be reviewed by independent planning inspector Phillip Staddon, whose public inquiry to due to begin on 28 March – just a few days after the BiP is scheduled to be decided.

Environment Minister John Young has said that the inspector will judge the application against whatever Island Plan is in place at the time. If the BiP is agreed by then, it will be that. If it isn’t, then it will be the current 2011 plan.

To complicate matters further, comments on a planning application should refer to whatever Island Plan is in place at the time. So, many of the 73 comments refer to the 2011 Plan, which is still in force.

Yet it is possible the application will be judged against the new, yet-to-be-finalised plan.

It is this potential disparity that SJH has highlighted.

In a letter to Deputy Young, the group writes: “It appears that the Government of Jersey is proceeding with insufficient regard for due process and the statutory rights of Islanders to play a proper part in an independent public inquiry.

“It is opening itself up to challenge by way of judicial review on the grounds that it has adopted a procedure that could frustrate the efforts of objectors to secure a fair hearing for their views.

“Natural justice requires that the inspector should hear both sides of the argument, so it follows that requiring objectors to grapple with so speculative a procedure is unjust.

“It is Save Jersey’s Heritage’s view that the Government should defer the inquiry until such time as the regulatory background against which the inspector is to carry out his duties has been established and is clear.”

It adds: “At the moment the Government seems to be directing the inspector to carry out his task on a basis that remains to be established.

“All this is inimical to natural justice and is likely to erode public confidence in government, the legislature, the planning system and the planning department, not to mention the public inquiry system.

“Jersey has never seen a more momentous, expensive or controversial planning application - so the arrangements for the public inquiry into it have to be beyond reproach.”

Specifically, the letter – signed by the group’s president, Marcus Binney CBE; chairman, Christopher Scholefield; and founding chairman, Alastair Layzell – questions if people who have already submitted comments on the hospital application have wasted their time if it will be judged by the new plan.

It adds: “The inquiry will be - or have the appearance of being - weighted towards facilitating approval of the applicant’s case because it is simply unrealistic to expect objectors to remain on standby to modify their submissions as the States’ debate unfolds and have them ready for the public part of the Inquiry seventy-two hours later.

“Nor, indeed, is it clearly permissible, under the rules of the inquiry, for objectors to submit ‘new’ evidence at that late stage. The inspector may use his discretion to allow it; but why should objectors have to face such a hurdle and besides, by then, of course, he will not have time to read and digest the additional paperwork.”

The public inquiry, which will be streamed online, will conclude on 1 April and Mr Staddon’s report is expected to be published by 28 April.

The public are currently being invited to make submissions to the inspector, which must be received before 23 January; however, the next Island Plan, which Mr Staddon may be basing his recommendations on, will not be finalised by then.

Deputy Young said SJH’s letter was important and he would be sending “a very considered and detailed response” to the group.

He said: “The key aspect is whether people have had enough information, time and opportunity to make a submission to the planning inspector, and I believe they have.

“However, to assist people, I have asked my officers to publish a proper summary of various policies which relate to the hospital application under both Island Plans.

“That will clearly compare the two plans and should be very helpful.”

The minister added that the inspectors’ report into the BiP would be published as soon as he received it, which he expected would be next week. After that, Mr Staddon would then publish his guidelines for the March hospital inquiry, he said.

Deputy Young stressed that he was sure the planning inquiry process would provide a fair hearing for all islanders wishing to take part.

Posted by IanSmith97 on Jan 13th, 2022
If we listened to heritage and environmental groups we would still be living in wattle and daub huts spinning wool to survive. No progress would have been made anywhere.
To place a comment please login Login »